In short: a beast. ioSafe
specialises in rugged NAS and the 1513 is the biggest and toughest of
them all. It also continues ioSafe’s relationship with Synology and –
much like the ioSafe 214 was based on the Synology DS214 – this new flagship has a Synology DS1513 at its core.

Of course where this all comes from is
the most rugged of exteriors. Like the 214, the entire chassis is metal
and to access the drives a 50mm thick metal, fire insulated facia
(versus 40mm thick in the 214) and 10mm thick metal waterproof inner
door must be removed. 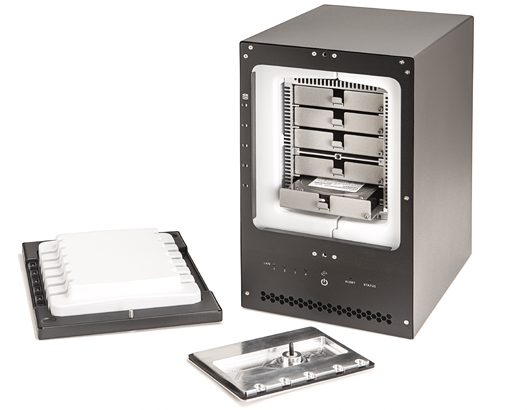 You
do this with a supplied allen key (which clasps to the chassis using a
magnet) and should you be worried about theft then the entire base can
be locked into an equally hefty optional floor lock which also acts like
a ground anchor and can be padlocked.

So what if the worst does
happen? Like the ioSafe 214, the 1513+ is claimed to withstand heat up
to 1550 Fahrenheit (845 degrees Celsius) for 30 minutes and submersion
in up to 10 feet of salt water for 72 hours – something we put to the test in our review of the ioSafe SoloPro. It must be said the NAS
itself will break in these conditions, but the drives will be protected.
After all anyone considering this NAS will likely be storing data far
more valuable than the device itself.

It is perhaps surprising then
that with such a rugged focus the ioSafe 1513+ is actually reasonably
stylish – for a NAS. Build is naturally superb as you essentially have
something akin to a black box on an airliner and the consistently matt
black, textured chassis looks smart and resists dust and fingerprints.

The 1513 won’t be bought for its looks, but ioSafe should be commended for producing such a smart design. 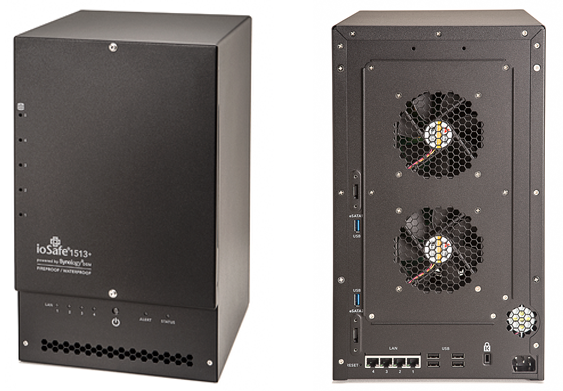 While
the durability of the 1513+ is all down to ioSafe’s hard work, the
brains behind its functionality are credited to Synology.

Its
internals are identical to the DS1513 and this means an Intel Atom Dual
Core 2.13GHz processor with 2GB DDR3 RAM (upgradeable to 4GB) at its
core, support for up to five 3.5in or 2.5in drives to a total of 30TB
(5x 6TB HDDs) and a wealth of ports: 4x USB 2.0, 2x USB 3.0 and 3x eSATA
for attaching external drives. There are also four Gigabit Ethernet
ports with support for Link Aggregation.

In addition the ioSafe
gets full support for Synology Hybrid RAID (SHR) which allows the disk
volume to expand dynamically as larger disks are added (like Drobo’s
Beyond RAID and Netgear’s X-RAID). For those who want to eschew SHR they
can fall back on Basic, JBOD, RAID 0, RAID 1, RAID 5, RAID 6 and RAID
10.

Meanwhile there’s compatibility with Synology’s Android and
iOS apps and the DiskStation Manager (DSM) platform – including the
major v5.0 overhaul – which is currently the most advanced user
interface of any NAS maker. 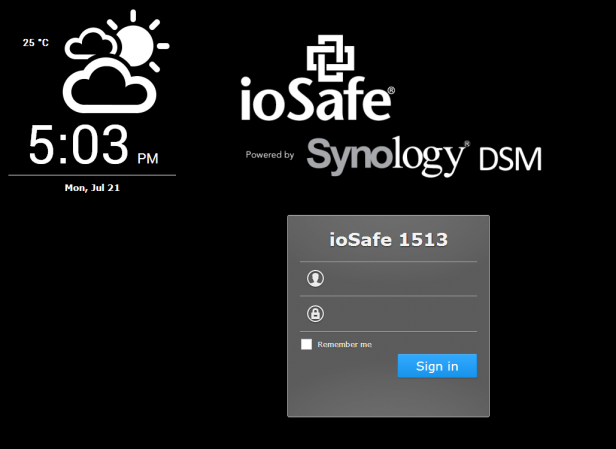 Consequently while the 1513+ is intimidating to look at, like Synology NAS it is a
doddle to setup. Once connected to your router it is detected simply by
typing find.synology.com in a browser tab where it will begin a setup
wizard.

The wizard lets you choose a password, establish shares,
RAID type and enable Quick Connect for remote access to your files. The
Mac OS inspired UI then automatically searches for DSM updates and
includes a powerful real time search that supports natural language for
both support questions and finding the settings you need. It remains a
class leader. 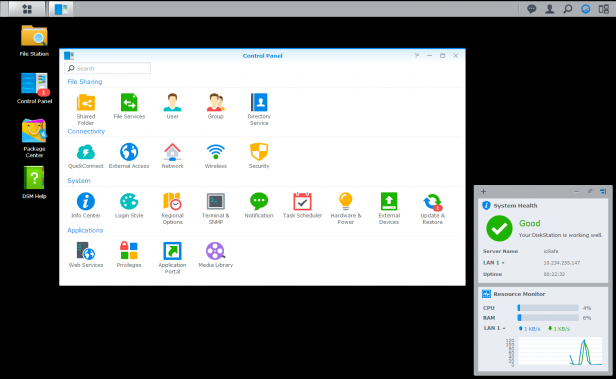 Where the 1513+ is a little less straight forward
is understandable. In prioritising durability there was never any chance
the 1535 would be a tool-less setup and once both the inner and outer
protective plates are removed the drives are held in place with
heavyweight metal bays which hold the drives using screws and screw into
the chassis themselves.

That said just seeing the heavyweight
screws makes it obvious what you need to do and it only adds minutes to
an otherwise seamless setup.