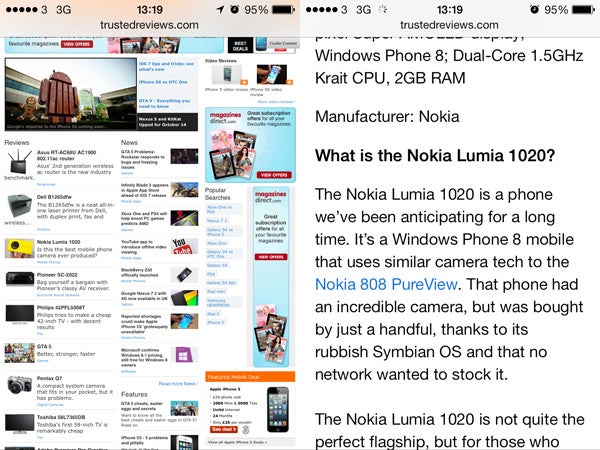 When a page is open, UI clutter disappears to give an almost unimpeded view, maximising screen space, useful on the 4-inch screen of the iPhone 5S. The reader mode also makes reading non-optimised pages vastly more enjoyable, while the bookmark and password synching is rock solid. 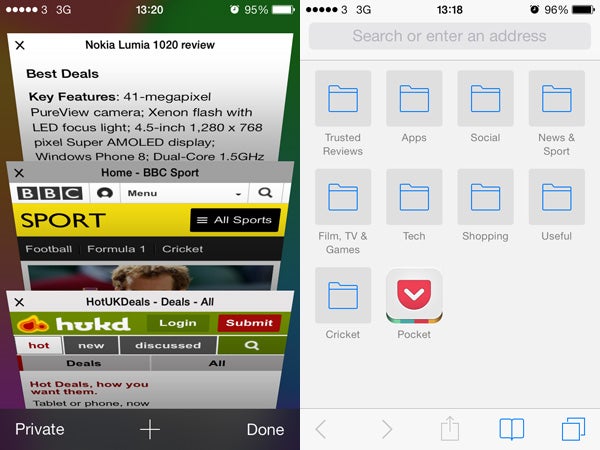 The app that Scott Forstall would rather forget is an interesting beast. Like other apps the changes are largely cosmetic, but then cosmetics were never the problem. Neither is speed, Apple’s Maps app is blazingly fast, faster than Google Maps on iOS.

It’s the location and search information that remains patchy. It’s much, much better than it used to be, but it’s hard to see it matching the search quality and feature depth of Google Maps in the near future.

If you’re in the UK there’s little to see in the Music app. It’s received a decent redesign with welcome emphasis on album art within lists, which makes the app feel less cramped and easier to use. 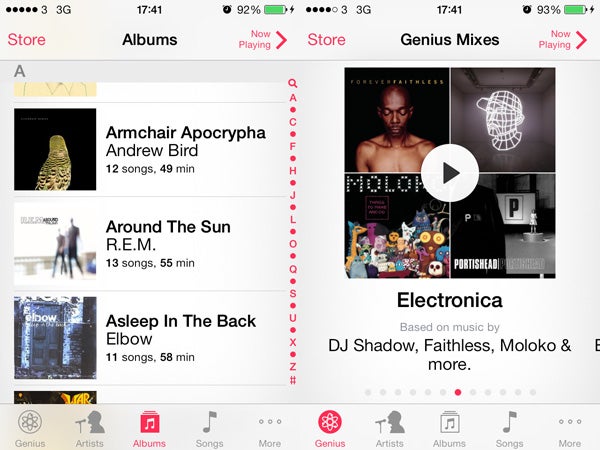 The Now Playing view is much improved, and Apple has quietly dumped the Cover Flow view in favour of an album art grid. It’s all neat, tidy and very pleasant to use, but won’t change how you use it much. 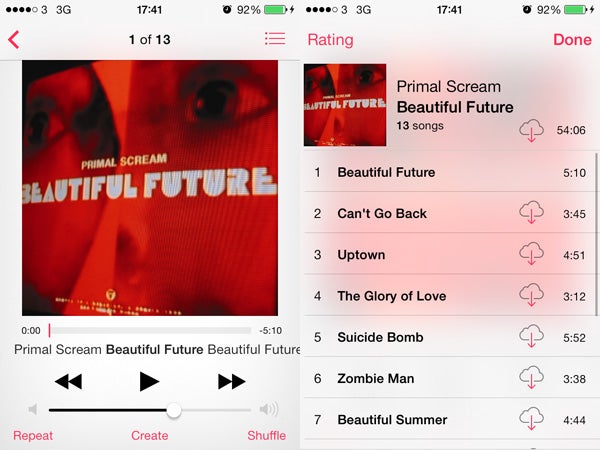 As for iTunes Radio, while we haven’t had a go yet, the principal is an interesting one. Basically it’s a Pandora imitation, creating radio stations based on your music history that encourages you to buy more music. It seems unlikely to convert anyone away from Spotify, Rdio and other subscription services, but it’s a nice no extra cost addition that we hope will make it to our shores in reasonable time.

Previous
Camera and Photos Review Next
Siri and AirDrop Review