Sticking with the practical theme for a little longer, Apple has given each of the Calendar, Reminders and Notes apps much-needed makeovers. The Calendar and Notes apps were both plagued by ‘fauxness’, while the Reminders app always looked dank and uninviting. 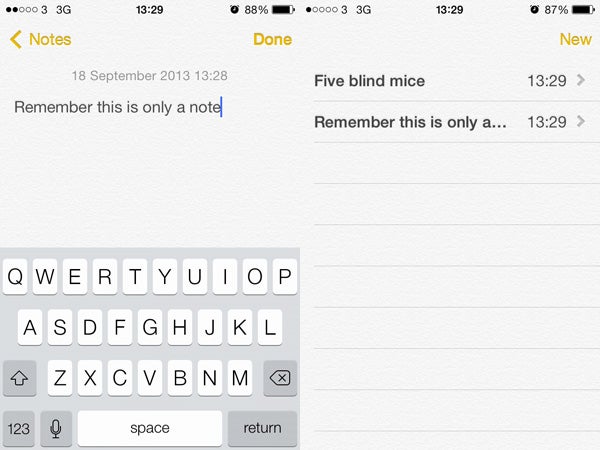 And from a superficial view they’re all vastly improved. Notes remains very simple, but that’s fine: it has a simple task and does it well. Need more complexity? Get Evernote. Reminders, meanwhile, has a similarly bright and breezy appearance, and remains an underrated app. A serious to-do app it isn’t, but its location aware reminders (not a new feature) and integration in the ‘Today’ view turn a once neglected app into a seriously useful tool.

The Calendar app looks vastly better, too, but its limited features is harder to forgive. It’s a solid, slick and very usable app that will please the majority just fine, but it lacks the more advanced features that make third-party apps like Sunrise a must-have for most iPhone owners. It can’t, for example, accept and deny Facebook invites, or connect to meeting invitees via Linkedin.

It’s similar story for the Mail app. It’s a superficial improvement that does the basics well, but Gmail users will want to stick with the Gmail app and it won’t bring Mailbox devotees rushing back. The main improvement is  more complex search, which is welcome, and the new swiping motion to reveal the ‘Trash’ and ‘More’ options is nice, but they’re refinements rather than huge leaps.

It’s the first example in many that Apple has really focussed almost exclusively on the ‘how’ and not the ‘what’ of its native apps. That’s fine for the majority, but anyone who demands a little more will be disappointed. 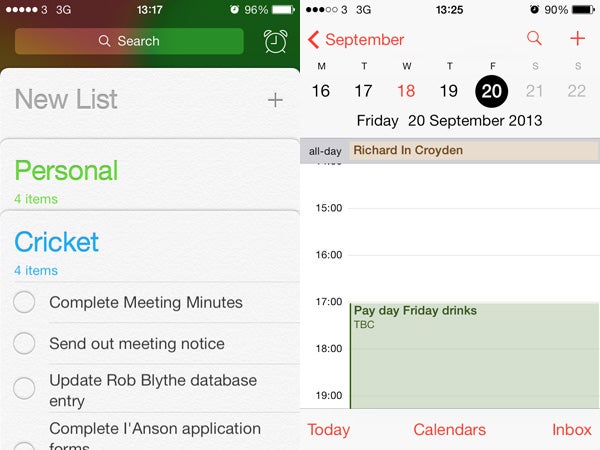 Apple’s focus on revamping, rather than seriously improving, its core apps is clearer still in its Phone, Messages and Contacts apps. Again, none are fatally flawed in any way and they’re slick and easy to use, but in doing so it has ignored a few opportunities.

For instance, it would be nice if it were possible to mark messages as read without actually entering the message. It’s time wasted to do so when the message is short enough to read in preview, but swiping from the left only allows you to delete whole conversations, not dismiss all new ones in it.

There are some nice visual flourishes, such as initials substituting for profile pics where there is none, but that’s about it.