There’s some manner of universal law that means that at some stage in life, we all want to be in a band. It may last a split second, or, as evidenced by the plethora of people that go on to create or join musical groups, a lifetime, but every last one of us is subject to it. Unfortunately, many who do decide to act on this impulse are generally thwarted by the constraints of reality; be they financial, spousal or otherwise.


My particular ambitions of becoming an unstoppable, world class drummer arose and were duly crushed in my late teens by the joint restrictions of my parents’ refusal to allow me to have a drum kit (too loud, not enough space in the house, so on and so forth) and their insistence that even if I was allowed I would have to pay for it myself. Not having several hundred pounds spare, I conceded and the dream died – having several friends in bands themselves did nothing to dull the pain. 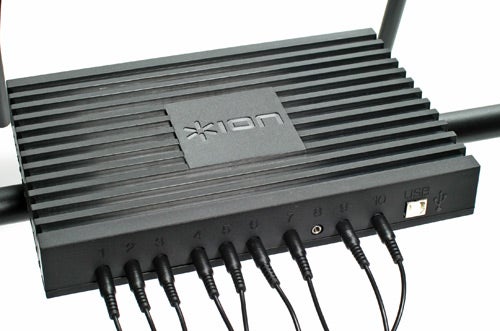 I expect I’m not alone in having been thwarted in my musical ambitions by the inherent flaws in the modus operandi of the humble drum kit. While the basic appeal of hitting things with sticks and having them make a lot of noise is a profound one, that same feature is also a major inconvenience – especially when learning to play. It’s bad enough for neighbours to have to hear continuous bangs and crashes when played properly, let alone with the exact opposite of finely-honed skill.


There is, as ever, an alternative to a conventional set of drums. Many manufacturers now offer electric kits but they have the problem of being rather expensive compared to similar quality traditional gear. If only, then, someone could manufacture an electric kit that didn’t cost a fortune but offered the experience and, importantly, enjoyment of playing a real set. 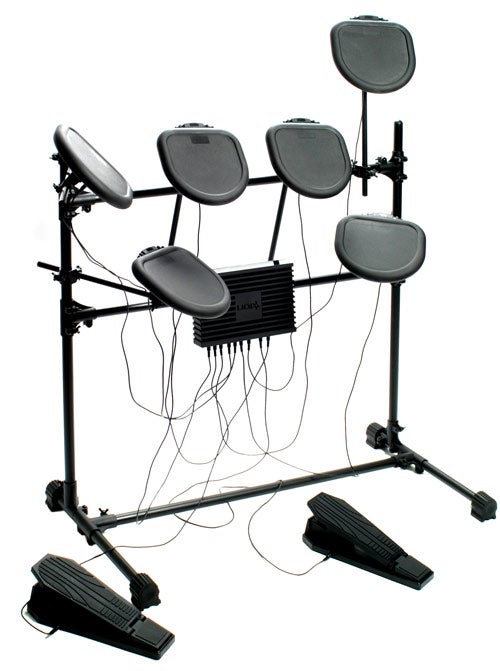 Enter ION and the iED05 USB Electric Drum Kit. Rather than take the method preferred by other electric kits, the iED05 doesn’t actually work by itself, but rather requires being hooked up to a PC over USB in order to function. This helps keep the price down to a manageable £130 as all the processing is done by software on the PC and there are hardly any electronic components, other that the “drums” themselves.


Another improvement, hypothetically at least, is that it should be relatively easy to expand the number of drum sounds the kit is able to replicate – as the kit itself is in effect just serving as a MIDI trigger – in layman’s terms, you hit a drum with a stick and it plays a sound file. The more sound files you have the more realistic or varied a drum kit you can replicate. For the more advanced readers, I’ll note that the drums aren’t actually MIDI triggers.

Out of the box the ION iED05 USB Electric Drum Kit doesn’t quite inspire visions of rock-god grandeur, being as it is a collection of plastic pads, metal poles, a couple of pedals and a plastic box. Assembly instructions are included on the same CD as the software needed to use the eiED05 and unless you enjoy running to and from the kit every minute or so, you’ll either want a notebook nearby or to put the kit together near a PC.


Actually doing so is a blissfully simple process. Butterfly screws and nuts (which slot into recesses on the joints) hold the poles together, and the drum pads are then attached similarly. At first it seemed like these could be easy to over-tighten, but in practice this wasn’t the case. 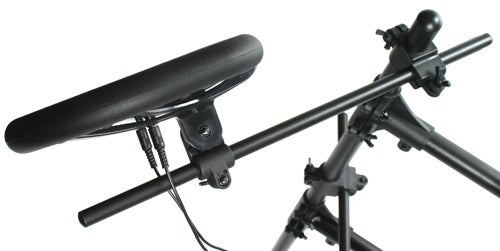 In terms of what you actually get, ION provides two pedals, one kick and one hi hat, a crash cymbal, a hi hat cymbal, a floor tom, two rack toms and a snare. This is about equivalent to what you would see on any starter setup, be that electric or otherwise, and definitely as much as anyone has any right to expect for £130-odd.


There is enough leeway for adjustment to the high of the horizontal poles and I was perfectly able to find a comfortable position. I was at the limit of upwards alteration but at a smidgeon over 6ft I expect I’m probably as tall as anyone likely to be using the kit; unless there are any professional basketball players considering a purchase. 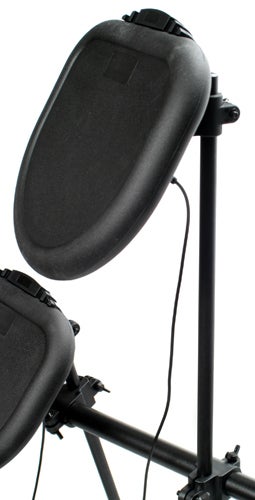 Adjusting the positioning of all the other drums is no problem either, and you’d have to be a mutant to be unable to find a comfortable drumming position. Getting the pedals in the right place could be slightly trickier, as there are medal poles in the way, but nobody in the office who tried had any problems so it shouldn’t become an issue.


The control box that connects to the PC is attached to the drums by 3.5mm cables with jacks at each end, as seen at the end of headphones, earbuds and canalphones everywhere. A added bonus of this is that if a cable for some reason breaks it can easily be replaced – not that such an occurrence would be expected.


Overall there are no complaints about build quality. The parts all feel solid and the screws tighten enough to hold everything in place, without giving the impression they’re going to snap off should you sneeze.

Actually using ION’s UDB Electronic Drum Kit is a mixed affair. With any electric setup it’s silly to expect a similar experience to a real one so the trick is making sure the sacrifices are made in the right areas. Sadly the one that really matters, the “feel” of the kit really suffers with the iED05. More expensive alternatives generally use a rubberised coating on the drum pads to give a more convincing feedback, but the cheaper ION kit doesn’t have this response leaving a bare plastic surface for the (bundled) sticks to hit. The pads are at least pressure (or velocity if you’d rather) sensitive which is important, as I’ll cover in but a moment.


When you plug the system into the PC it is registered by Windows as a plug and play joystick, eliminating the need to install drivers. The bundled software, named Virtual Drum X (henceforth VDX), worked fine on the Vista system I installed it on, which is good to know. Once launched VDX displays a pretty basic looking GUI that controls a similarly primitive amount of functionality. 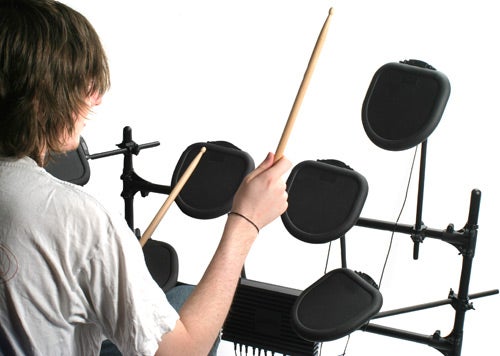 On the negative side, the hi hat and kick pedals are sometimes close to unusable. For a start the triggering is a very ambiguous event, occasionally it will work as wanted but more often than not either nothing will happen or I got a double-tap – that is to say, two drum sounds from one press. More fundamentally the feel of the pedals is completely wrong and sometimes threw off my sense of timing, which isn’t very helpful from a musical instrument. If you haven’t ever used a standard drum kit those issues are likely to be less pronounced, so bear that in mind.


By default about 20 different drum kits are created, ranging from “classic” through to “rock” with a few oddballs thrown in too – my particular favourite being one the name of which I forget, but which I dubbed “space invaders” – much hilarity ensued. As I mentioned earlier, these sounds are just audio files triggered by the oppressing of an input button, with the added twist of having the volume decided by the force of that hit. Creating custom kits out of the supplied array of sounds is an easy process too, despite the basic but intuitive nature of the software. 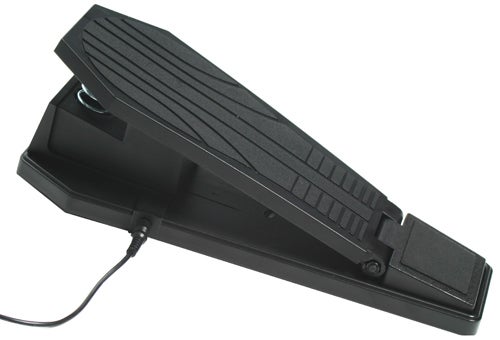 The software suite also includes training modes and a drumming game, the latter which I abandoned as utterly awful within minutes. The training, conversely, was actually batter than expected; if you’ve never used a drum kit before then it makes a half-decent introduction – certainly enough to get you playing along to simple songs at least.


It’s not perfect by any means, but the ION iED05 USB Electric Drum Kit is a great toy that should provide kids, big and small, with a decent amount of entertainment. If you have ambitions of recording backing tracks, or any comparable activity then look elsewhere. However, if you just want a fun toy you can easily collapse away in a corner when not in use and aren’t too serious about getting serious then the iED05 is worth considering.