ION Audio is most famous in gadget circles for creating the iCade, the virtual arcade cabinet for your iPad that started off as a Thinkgeek April Fool’s joke, but gained such  popularity online that it seemed silly not to make the thing. ION Audio took on production duties, and has now expanded the range with two additional iPhone arcade gadgets. The iCade Junior is a tiny version of the original iCade while the iCade Mobile is a game controller that encompasses your iPhone or iPod Touch. We took the iCade Mobile for a test drive, as it’s one of the most promising iPhone controllers we’ve come across. 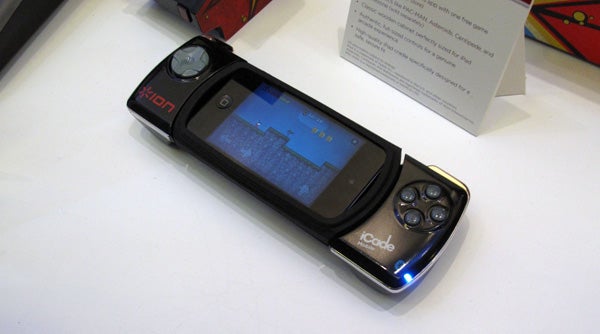 Apple doesn’t make it easy for accessory manufacturers like ION Audio, though. Third-party accessories can’t simply interface with the iOS 30-pin connector, necessitating a wireless Bluetooth connection and plenty of fiddling developer-side or some other workaround.

The ION iCade Mobile opts for the wireless Bluetooth route, but has a huge head start over some competitors because it is compatible with all the games supported by the original iCade. This includes a fistful of indie games plus, if you were lucky enough to snag it before it was pulled in December, the iMame arcade emulator. A fairly full list of compatible games is available from the ION iCade website. 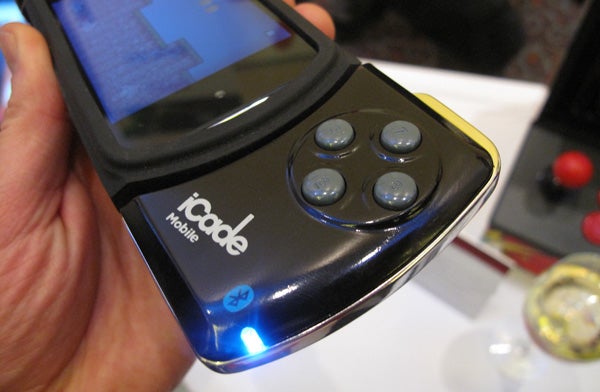 Every physical game controller for the iPhone has spoilt the sleek and stylish look of Apple’s phone and, if we’re honest, the iCade Mobile isn’t any different. It extends the phone lengthways significantly, giving it more the feel of the Sony PSP or, for you old-schoolers, the Atari Lynx. Looking more like a game console isn’t necessarily a bad thing when making the iPhone feel like such a thing is precisely the point of the iCade Mobile. 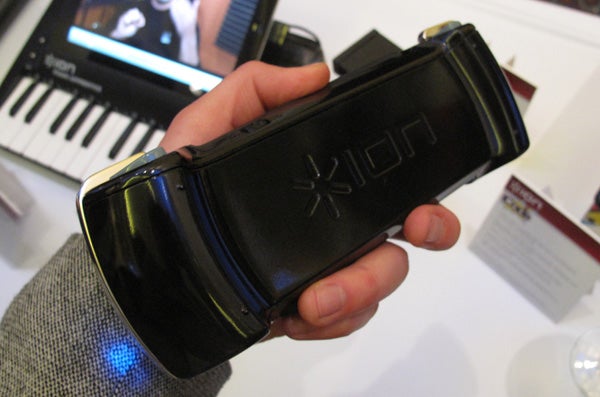 Its iCade arcade roots rules-out having an analogue stick, but otherwise the iCade Mobile offers a pretty complete spread of buttons. There’s a floating D-pad, four a/b/x/y style buttons and two on each shoulder.

Your iOS device sits in the centre of this gamepad, held in place within a rubberised cocoon. For iPod touch devices, which are significantly slimmer than an iPhone 4 or 4S, ION Audio provides a little rubber insert to fill-in the gap.

As this is a Bluetooth unit, it needs its own power supply. An AA battery sits near each edge of the back of the device, behind a plastic backplate. ION tries to use this drawback to its advantage, moulding the plastic casing around the AA batteries to act as ergonomic hand grips. We found them less than perfect, not quite fitting perfectly into the left hand in particular, but that’s in comparison to something like an Official Xbox 360 pad rather than a more direct rival like the Gametel Android gamepad.

Compared with similar devices, the iCade Mobile is undoubtedly among the best. We had a blast through iPhone game MOS Speedrun and found the controls to be highly responsive, with a top-quality action in the butons and pad. The floaty D-pad may not appeal to all gamers, but the cheapo feel of some third-party accessories is completely absent here. 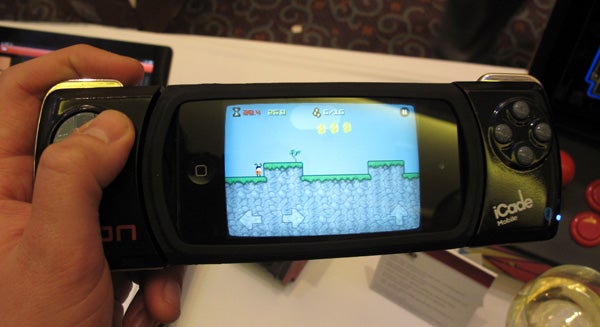 The Bluetooth connectivity could potentially cause problems, as some people have reported with the original iCade, but we didn’t experience any here. This is something we’d need to check out further in a full review. 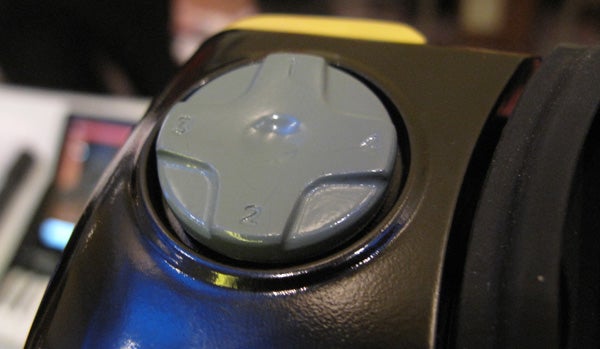 What’s much more of a problem is the compatibility issue. The iCade Mobile has the best compatibility of any iPhone gamepad we’ve seen – thanks to the six months of indie development the iCade SDK has incited – but most games the average iPhone gamer might name aren’t there. The big titles on the roster include Super Mega Worm, Pix’N Love Rush and Frogger Decades, and retro Atari’s Greatest Hits, Elite ZX Spectrum and Commodore 64 collections are also in on the action. Indie and retro gamers may be satisfied, but more mainstream iOS gamers may not.

Real-life practical is very important here too, because unlike the iCade, the iCade Mobile doesn’t have that innate desirability factor. It’s not something to give a prized place in the living room or bedroom. 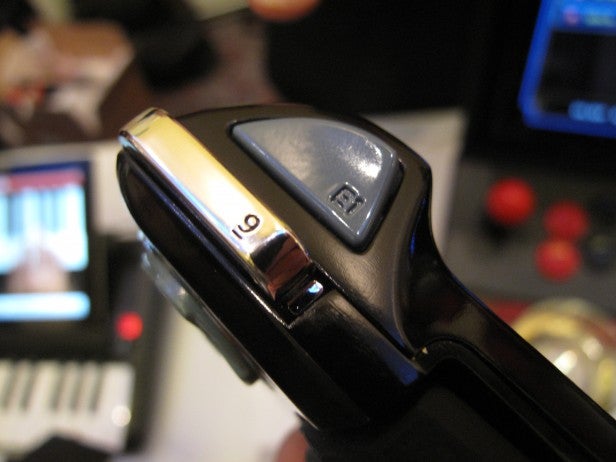 What it does have is the quality build of the iCade, although it is matched with an equally-solid $80 price. This will likely equate to around £60 for us UK buyers once it arrives on shelves later this year. But if it behaves anything like the iCade, the price should start dropping a few months post-release.

More practical than the original iCade, but less desirable at the same time, the iCade Mobile is for serious retro gamers too obsessed with their iPhones to buy an emulator handheld. It’s a quality device, with good-quality buttons and a decent d-pad but we imagine the market for such a gadget is pretty small, especially given its limited support. However, it’s probably the best out there if you can stomach the expense.