The iON Air Pro 2 Wi-Fi is a rugged, waterproof action camera with a full range of mounting options and wireless connectivity. The market for camcorders you can use whilst engaged in sports has grown considerably. Although GoPro has become the leading brand in the area, there is still plenty of room for competitors, and iON’s Air Pro 2 looks like a promising alternative. With Full HD resolution and a WiFi add-on, it’s a real alternative to the GoPro, and garnered some interest when it was announced recently.

Unlike the GoPro, the Air Pro 2 uses the bullet camera format that has become the convention for action camcorders. It looks like a stubby flashlight, with a rugged exterior that is rated waterproof to a depth of 10m. There are just two rubber buttons on the top. The one nearer the lens turns the camera on when held down for a few seconds, and then takes a photo when pressed for a shorter period. Sliding the rear button forward begins recording, and you can turn it off again by sliding this backward. You can also turn the camcorder on and immediately trigger recording immediately by sliding the button forward.

That’s pretty much it for controls on the outside of the camera. The device vibrates to indicate when it is turning off and on, and that recording has started or stopped, which makes it intuitive to use even if you can’t see it. This is great if you have it attached to your helmet. The Air Pro 2 will record video at 1080p and 25 frames per second, with 960p and 720p also available. At the same time, a lower-resolution 320 x 240 version is recorded, aimed at social media and email. The sensor is quoted as having 14Mpixels, although there is no mention of its size. You can capture still images at 4,608 x 3,456. At the top video quality setting, the data rate is 12Mbits/sec, which is decent but not up there with most mainstream camcorders. MicroSD cards are used for recording, and a 8GB card will be enough for around 90 minutes of footage at the top data rate. 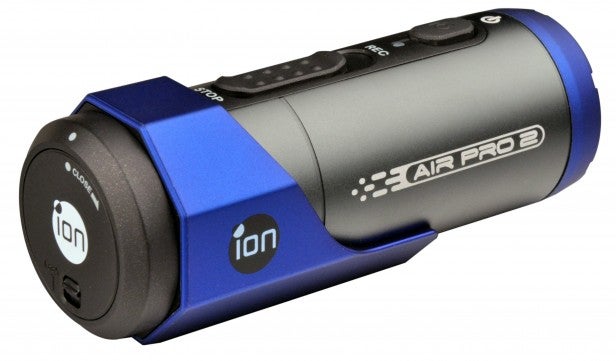 One of the unique features of the Air Pro 2 is its PODZ system, which allows accessory add-ons to be slotted onto the back. The Air Pro 2 Wi-Fi includes the WiFi PODZ, of which more later, but you can also get one with a waterproof remote control for triggering the camcorder (and up to seven more) from a range of up to 20m. Underneath the PODZ cover is the MicoSD slot, a Mini HDMI port, and a switch to choose between Full HD and basic HD, although if you want to make any other changes to the settings you will need attach the unit to a desktop or mobile device. A micro USB port is available for charging, and there is also a microphone input, which uses a 2.5in minijack. So you can hook up an external microphone, but not when using a PODZ accessory at the same time, so the Air Pro 2 won’t be waterproof either. 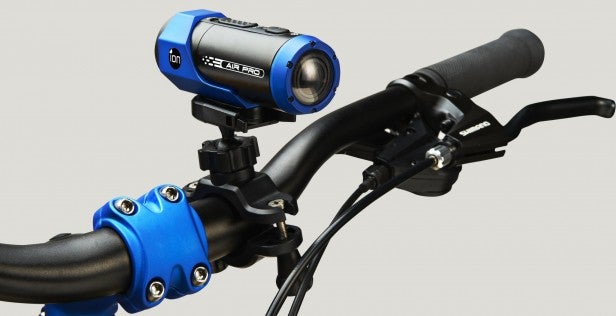 The bundled accessories are reasonable, if not entirely comprehensive. The Air Pro 2 has a standard screw hole on the bottom with notch, so a regular tripod can be used. However, there’s a Gorillapod-like tripod included, and a quick-release plate iON calls CamLOCK. To go with this, there’s a ball-jointed mount that can either be used with a double-sided adhesive patch for a helmet or potentially a strap. However, the latter isn’t included in the box, and we would have liked to have seen a few more mounts included as standard, although there is a variety of additional mounting kits available, including for helmets, bikes, and boards. The Air Pro 2 charges over USB, but there’s a separate charger included in the box as well, with a full set of swappable plates for different plug types.