Available on Xbox 360, PS3 (version reviewed), PC
“You musn’t be afraid to dream a little bigger, darling”, as Tom Hardy’s fixer, Eames, says in Inception. Like Inception, Inversion has ambitions to be more than just another genre exercise. It wants to blow your mind – to turn your world, literally, upside down. Instead, a game that should have had you dancing on the ceiling seems scared to leave the ground. A title with the potential to do something special and interesting settles for competent but uninspiring. 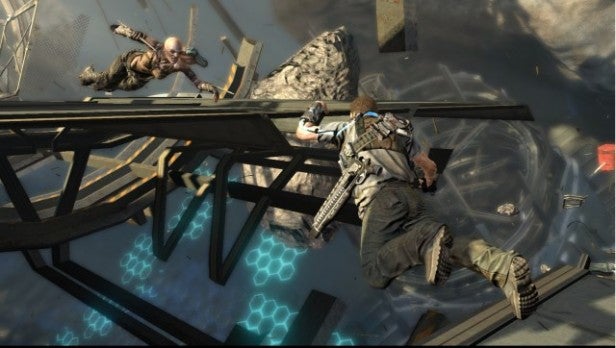 Shifting Gravity
Inversion is a third-person shooter from Saber Interactive, best known for its work on the anniversary edition of Halo: Combat Evolved and TimeShift, an entertaining FPS that came out in 2007. TimeShift was a decent enough shooter with a fun time-control mechanic, and in a way Inversion is a natural follow-on, replacing time control with gravity control. Through technology filched from your adversaries, the Lutadores, your hard-headed cop hero can fire out bursts of low gravity that lift heavy objects or enemies off the ground, and drag and toss these objects around at will. You can also fire bursts of high gravity, which has the opposite effect. 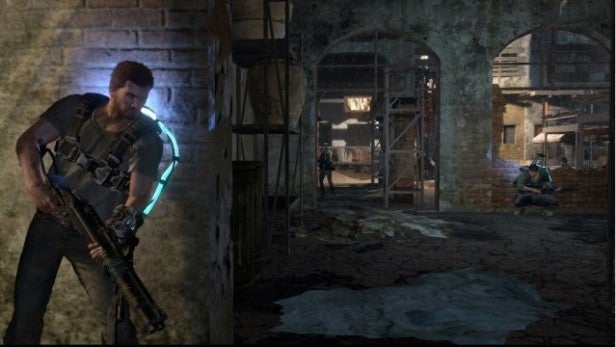 This turns out to be Inversion’s USP. It looks, feels and plays like a B-movie variation on Gears of War, built primarily for two-player, co-op play, and with almost identical run, gun and hide in cover mechanics. However, gravity control messes with the formula. Suddenly you can lift your enemies out of cover, grab and throw barrels or blobs of flammable oil and even – later on – toss cars at armoured foes and smear a bunch across the landscape. Combine this with some impressively destructible scenery, and there’s scope for some great, playful action.

Better still, Inversion finds other ways to mess with gravity. Certain areas of the game world have become permanently caught in low-gravity, so that you’re forced to float across them, sometimes tackling floating Lutadores as you go. The Lutadores have also set up spots where gravity transitions from one surface to another, so that you’ll suddenly find yourself flung from the street to the side of a skyscraper, or even fighting from the ceiling, blasting away at foes on the ground below. 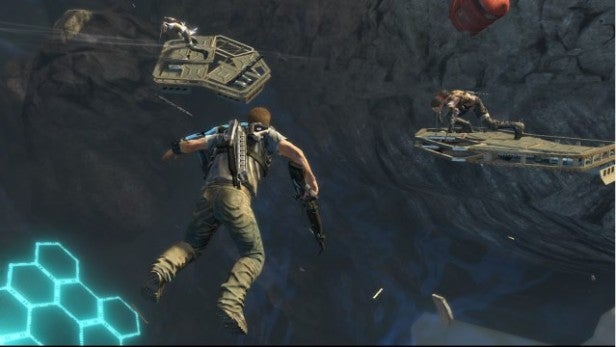 Perfectly Possible, Just Bloody Difficult
From time to time, it all comes together. Like Inception, Inversion is at its best when it glories in the impossible, with gun-battles taking place across several surfaces, or when you’re hunkering behind a barricade and watching enemies streaming down the side of a building towards you. There are moments when the action takes on a sandbox flavour, and you’re lifting cars and barrels and flinging them towards your brutish enemies with a wild abandon. The most frustrating thing about Inversion is that you can see how it might have rocked.

Sadly, Saber didn’t dream that big. Instead, Inversion seems made up of a string of dull levels which do little more than repeat what we’ve already seen in Gears of War and Army of Two, with hints of Half Life 2 in the way you manipulate gravity and mass. It’s surprising how little of the game takes place away from ground level, and how little the environments have been designed around the game’s gravity control mechanics. You keep waiting for those moments where Inversion tears up the rulebook and plays with gravity and gravity control, but while those moments do happen, they don’t happen nearly enough. 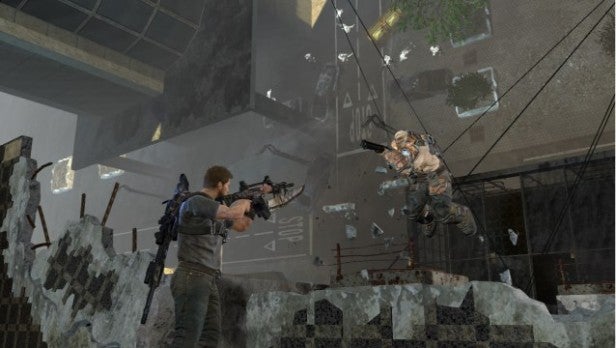 This wouldn’t be such a problem if Inversion didn’t constantly make you realise how good the team at Epic is at putting this kind of stuff together, and how mediocre Saber’s efforts have turned out to be. Inversion isn’t ever bad; the action is competent, the weapons meaty, enemy AI is a little dumb, but hardly disastrous, and the gravity stuff does add to the experience. It’s just that, the more you play, the more you feel that you’ve done it all before, and done it better. Even going up the side of buildings loses its appeal once you realise that there’s not an awful lot of difference between running for cover along a vertical surface and running for cover along a horizontal one.

What’s more, Inversion does get frustrating. If the snipers don’t get your goat, then the cheap one-shot-kill bosses certainly will. Moving about in zero gravity is quite annoying until you work out the basic trick, and in later stages the game restricts ammo to get you to use gravity instead, but using gravity means coming out of cover, leaving you a sitting duck against large numbers. Plus, if you’re not playing with a friend, your AI team-mate has a nasty habit of getting himself into trouble, leaving you with a choice between a suicide healing mission or insta-fail. This isn’t fun. 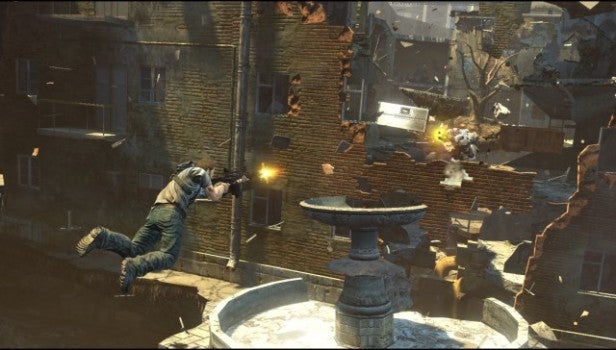 Gears of Lordi
What really hurts Inversion, however, is how uninteresting the story and the art turns out to be. The premise is the same ‘post-invasion’ stuff we’ve seen in Gears of War, Resistance and, well, a tonne of other games. The Lutadores aren’t exactly Locust clones – imagine a warrior culture created in the image of Finnish heavy metal Eurovision winners, Lordi – but they don’t feel an awful lot different. What’s more, there only seems to be a handful of Lutadore character models to go round.

The plot is nonsensical, and the acting and dialogue made us think of Team America: World Police, which is never a good thing when the game is clearly gunning for an emotional response. It’s not like Gears of War is War and Peace, but in its own adolescent way the fiction works. By comparison, Inversion feels horribly executed and misjudged. 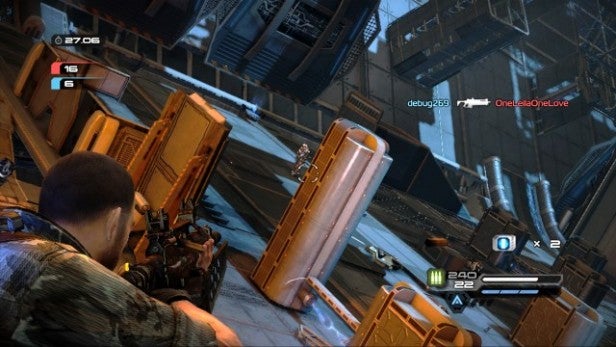 As for the multiplayer? Well, at the moment we can’t judge it. At the time of writing it’s been out for over a month in the US, but is only just about to launch here, but we’ve yet to find enough running games to say anything concrete. As soon as that changes we’ll update this review and – if necessary – the score.

Verdict
Inversion has potential, but that potential goes mostly unrealised. Even the variations in gravity and the gravity control mechanics can’t make something that exciting out of the game’s dreary Gears of War-lite levels, and there’s nothing that compelling about the graphics style, the action or the story. It’s just about worth playing if you have a friend to try co-op with and a spare weekend, but there are so many better shooters out there, and only so much time.