What is the Intel Optane SSD 905P?

Tech fans have become used to the SSD market looking a certain way, with Samsung on top, prices coming down, and more drives relying on 3D V-NAND. Things are a-changing, however, thanks to the Intel Optane SSD 905P.

This new drive disrupts the rulebook with new technology, a huge price and performance that takes an unfamiliar approach when compared to more conventional products.

The first big difference in this drive? There’s no 3D V-NAND. Instead of using the hardware that Samsung pioneered and almost every other manufacturer has copied, Intel goes against the grain, adopting something called 3D XPoint memory.

It was first seen inside the original Optane 900P SSDs, but here it’s been refined and improved, and it still represents a huge change over more conventional hardware. 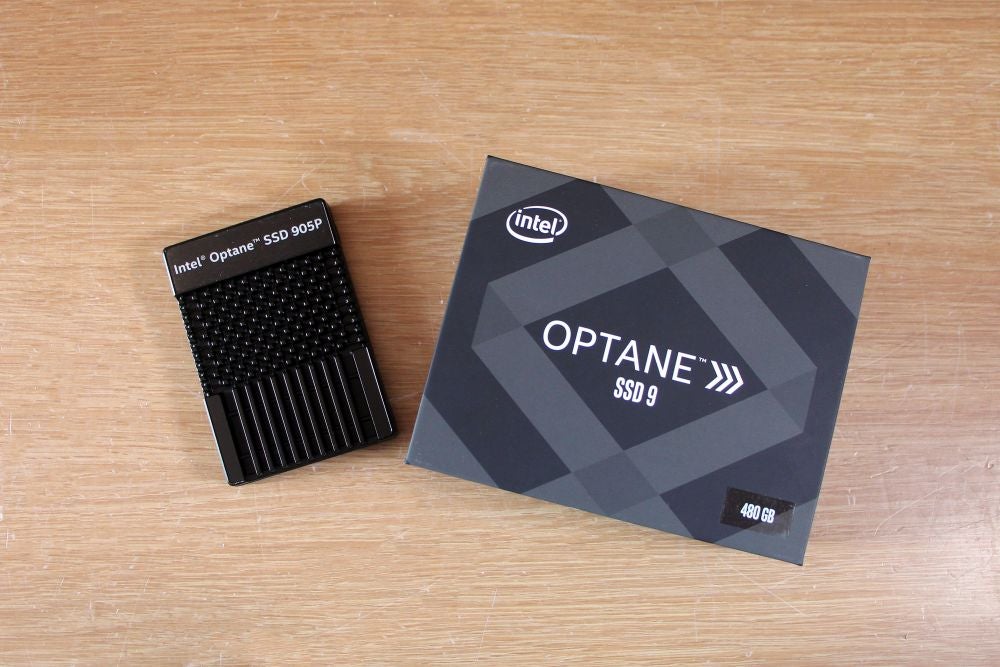 The XPoint memory inside the Intel 905P is designed with one bit inside each cell, and the Intel-made controller allows that data to be accessed on a bit-by-bit basis. That fundamentally differs from 3D V-NAND, which can access data only on a row-by-row basis, cramming several bits of memory inside each cell in the chip.

Intel’s design results in a drive that can read and write these small packages of data at a far more rapid pace than even the best SSDs using a more traditional approach.

Not surprisingly, the best rivals I’ve seen recently both use 3D V-NAND and come from Samsung. The 970 Evo is a little more affordable but uses TLC memory, while the flagship 970 Pro costs more but uses marginally quicker MLC chips.

The move to bit-by-bit access also allows Intel’s drive to improve latency. That’s an important factor, because it means that the SSD gets up to speed instantly, because it’s accessing data on a more precise basis. V-NAND-based drives take longer because they’re navigating through rows of memory cells to find the files they need.

The Intel Optane 905P has a latency level of around 10ms. Most commercial, NAND-based SSDs sit at 50ms or above. This is a significant improvement. It will make systems more responsive when handling high-end tasks, and it’s the closest we’ve seen an SSD get to the sort of latency offered by DDR4 memory – even if Intel can’t quite match those figures yet.

This technological change means that Intel’s drive is far more capable with small file and random file read and write performance. That, in turn, is important for high-end workloads – and that’s the exact kind of system that Intel is targeting with this SSD. 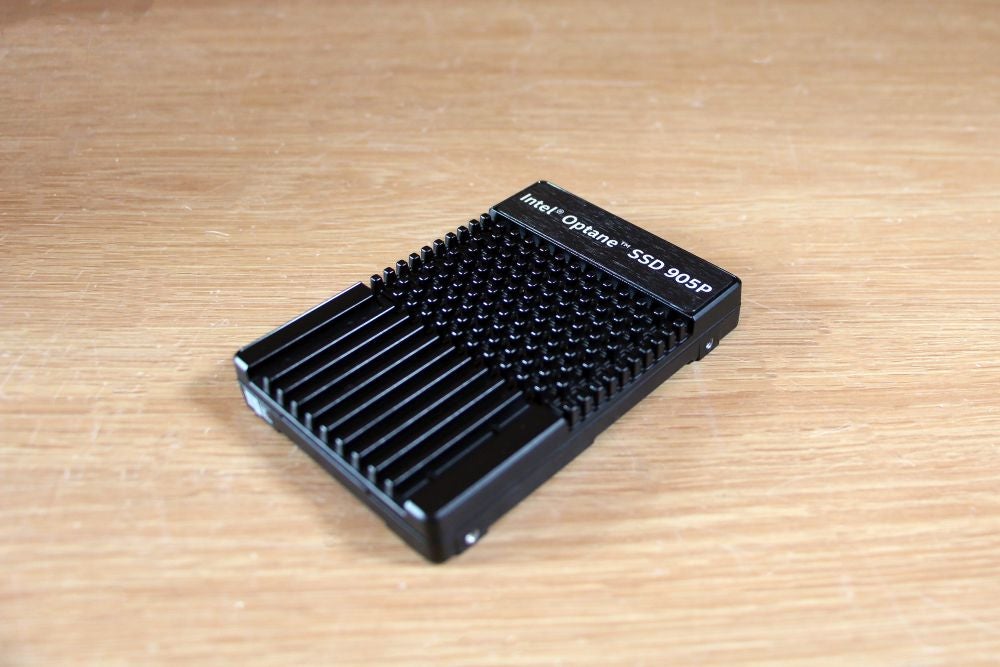 If you regularly run tough work applications, workstation software or high-end tools, then Intel reckons that the 905P will be ideal. If you have a gaming PC or a more conventional system, then you won’t see the benefit – and the Intel drive’s slower sequential pace may even see your PC suffer when placed alongside products such as the Samsung 970 Evo and Pro.

Intel’s 3D XPoint technology doesn’t just have a big impact on small files. The more efficient, precise design has a huge impact on endurance, too. That’s another attribute that’s important for workstation machines – and this is one area where the 905P can’t be beaten.

The 480GB drive reviewed here has an endurance rating of 8.76PB, with that figure doubling to 17.52PB on the 960GB drive. That’s petabytes, not terabytes – and it’s a game-changing figure that dwarfs Samsung’s drives. The more affordable 970 Evo 500GB is rated for 300TB of write performance, while the 970 Pro 512GB has a 600TB rating.

That means you’d have to write 5TB or 10TB of data to the 480GB or 960GB Intel drives every day for the five-year warranty period before you hit those endurance limits. In the real world, you’re unlikely to ever hit them. That’s a sensational statistic.

The Intel Optane drive doesn’t just buck trends on the inside; it’s unusual on the outside, too. If you opt for the 480GB version, you’ll be buying a product that uses the obscure U2 interface. The U2 version of the drive is a little chunkier than a 2.5in hard disk or SSD, with a height of 15mm, and it’s dominated by knobbly, ridged black aluminium that functions as a heatsink.

Not many motherboards currently have U2 connections, so Intel includes an M2 adapter in the box. That connector is found on virtually every motherboard, and it won’t hinder performance.

If you opt for the 960GB version, then you’ll have to find a spare motherboard slot since the larger Optane uses a small HHHL PCI expansion card. This version of the drive is by far the more visually arresting. It has a smart metal design and blue LEDs on either side of the minimal label. 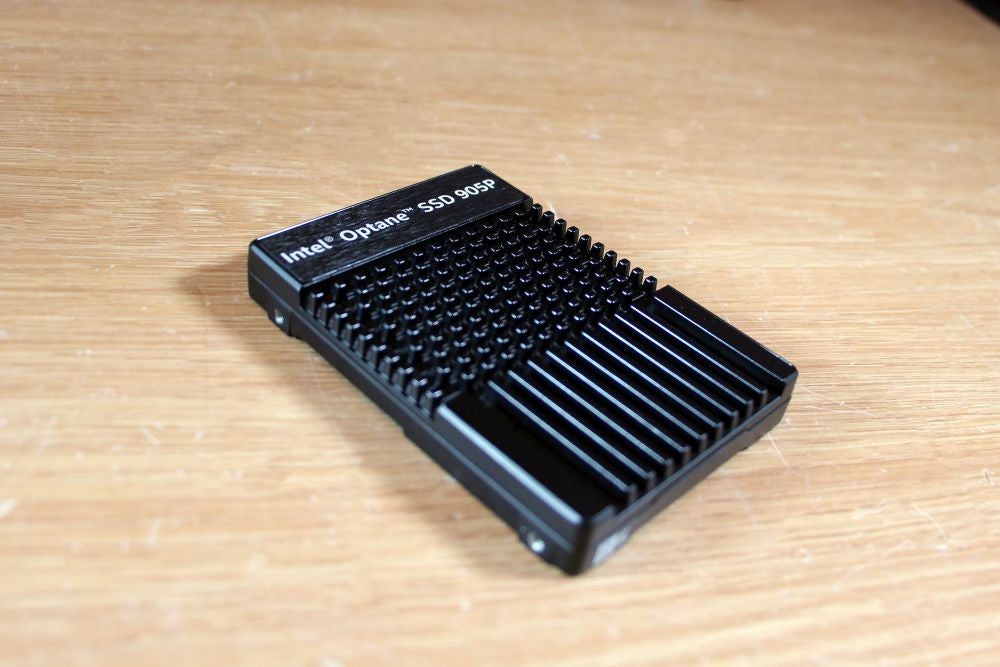 No matter which size and design you buy, you won’t need to worry about performance. Both drives rely on the PCI-Express NVMe 3.0 x4 interface. Also, remember that Intel’s drives have popular 256-bit AES encryption.

Intel’s new drives are productivity parts featuring plenty of new technology, but you’ll have to fork out much moolah for a 905P. The 480GB model costs £530, while the 960GB version is £1200.

Of course, those prices are buying you technology that can handle complex workloads alongside the vast endurance ratings and a five-year warranty that matches Samsung’s drives.

That’s good, but always remember that the Optane drives are designed for an exclusive selection of systems. And remember that those Samsung drives are far more affordable. The 500GB and 512GB models of the Samsung 970 Evo and Pro drives cost £154 and £203. But they’ll be unable to handle tough workloads with nearly as much speed as the Intel drives.

In CrystalDiskMark 5, for instance, the Intel Optane drive rattled through the 4K file reading test at 223MB/sec. That’s a stunning result; the Samsung 970 Evo and Pro drives could only manage 60MB/sec and 49MB/sec in the same benchmark.

In the 4K file write test the Optane returned a score of 208MB/sec, which was at least 35MB/sec better than the Samsung drives.

CrystalDiskMark 6 also has a selection of small-file benchmarks. And here the Optane continued its impressive form. In the 4KB Q32TI read and write tests, it ran at 614MB/sec and 571MB/sec – with both of those results about 200MB/sec ahead of the Samsung drives. Its 4KB Q1T1 read result of 171MB/sec is also several times quicker than Samsung’s SSDs. 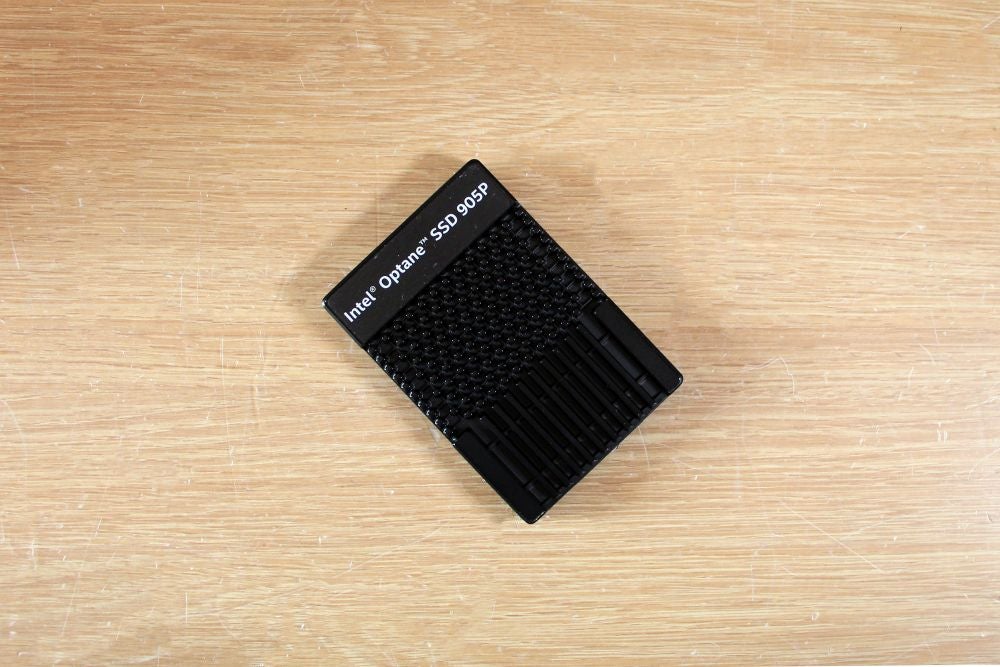 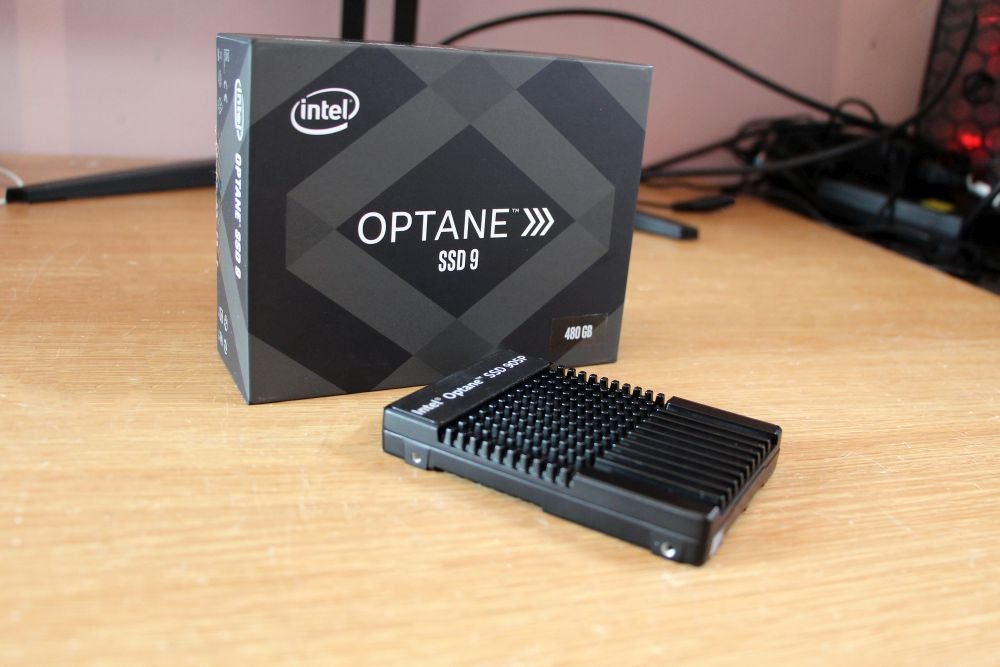 The Intel Optane drive may not match its rivals for sequential speed, but it isn’t exactly slow in those tests. Indeed, it remains faster than almost anything else.

Intel’s drive is also designed to excel in small file tests, random tests and with more complex workloads – and its benchmark results prove that it really does outshine the competition here, with far better results in several crucial runs.

If you need an SSD for a gaming machine, a home rig or a conventional work PC, then you don’t need to buy an Optane 905P. These drives are expensive, and you won’t be running the kinds of applications that will benefit from the Optane’s talents. If you’re in this situation, Samsung’s drives will be absolutely fine.

However, if you’re putting together a high-end workstation, then the Optane should be on your list of components.

The Samsung-beating small and random file performance is perfect for handling the more frequent and more complex read and write requests that are made by the tough workstation software, and the improved latency means that work will begin faster, too. And, finally, the endurance ratings are fantastic, so you’re never in danger of wearing out the drive.

Intel’s latest SSD is hugely expensive, but it’s worth the outlay if you’re one of the few people who will use the drive on some of the world’s toughest applications. It isn’t for everyone, then – but the 905P is fantastic.

Perfect for demanding workstation PCs, where Optane’s talents will truly shine – but the 905P is expensive.