When Ed and Hugo reviewed Intel’s Core i7 processor there was a huge amount of information to pass on but one piece of the puzzle still remained. There are three processors in the Core i7 range which consists of the Core i7 920 that runs at 2.66GHz, the Core i7 940 at 2.93 GHz and the Core i7 965 Extreme that has a clock speed of 3.2GHz and a terrifying price of £845. The dollar exchange rate hasn’t done us any favours but no matter how you look at things there are very few people in the market for a desktop processor that sells for £845.


That puts the emphasis squarely on the Core i7 920 as the processor that you might consider as a candidate for your new PC. But what about the Core i7 940? Although the 940 is hardly cheap at £465 it falls closer to the 920 than the 965 Extreme and when you throw a £250-or-so X58 motherboard into the equation you may consider that it’s not as expensive as it first seems. 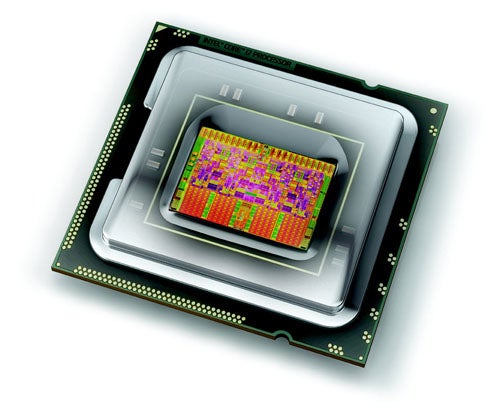 To date, the 940 has slipped under the reviewing radar for the simple reason that the Intel press kit for Core I7 included a 920 and a 965 Extreme but 940 models were nowhere to be seen. Intel covered this gap by including a handy A4 guide to overclocking the Core i7 920 to mimic the 940 which consisted of the instruction to raise the clock multiplier from 20x to 22x. Thankfully we didn’t have to do anything like that as we have got our hands on a genuine 940 and have put it through its paces.


The 965 Extreme earns its enormously high price and Extreme name thanks to its 6.4GT/second QPI bus speed and unlocked multiplier. Or as Intel puts it, the removal of Overspeed Protection.

As a comparison we tested an AMD Phenom X4 9850 that runs at 2.5Gz with a typical selling price of £155. This was run on an MSI DKA790GX Platinum motherboard with 2GB of DDR2-1066 memory. At stock speed the Phenom was overshadowed by all three Core i7 processors, which is exactly what you would expect, yet the power draw of the Phenom under load was disappointingly high. When we overclocked the Phenom from 2.5GHz to 2.8GHz the performance gap become reasonably close to the stock Core i7 920. Also, bare in mind that this is the old version of Phenom. The new version performs significantly better and consumes much less power but I didn’t have one at the time of comparison.


Once we had run the Core i7 920 at stock speed we overclocked it, which involved a modicum of work. We raised the core speed from 1.2V to 1.35V, pushed the CPU PLL to 1.96V and increased the QPI/DRAM to 1.35V and then got busy raising the base clock speed, as the multiplier is locked.

The Core i7 920 was happy to run at 20x190MHz to give a clock speed of 3.8GHz which raised the idle power draw from 180W to 210W and the power draw under load increased from 235W to 310W. As you would expect the performance of the system leapt forward as it had an extra Gigahertz under the bonnet. 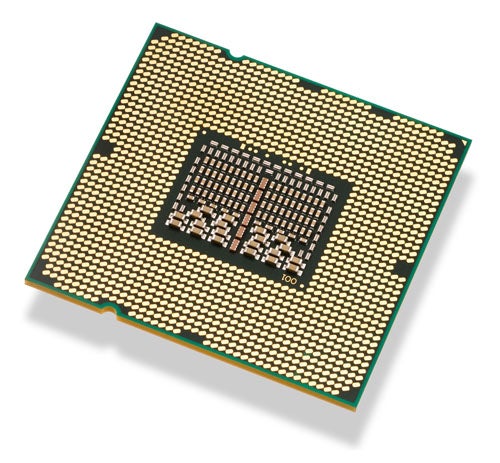 It was a similar story when we overclocked the Core i7 940 which has a higher locked multiplier of 22x. Using the same voltage settings as the Core i7 920 we raised the base clock speed from 133MHz to 170MHz which gave a clock speed of 3.74GHz. The result was performance that was slightly lower than the overclocked Core i7 920 but on the plus side the power draw figures were considerably better.


We finished off with the 965 Extreme which is, of course, unlocked so we had the choice of increasing the multiplier or raising the base clock speed or using a combination of the two. The 965 Extreme required 1.4V core voltage instead of 1.35V and overclocked from its stock speed of 3.2GHz to 3.9GHz. We found that 29x133MHz=3.86GHz and 26x150MHz=3.9GHz worked equally well although sticking to the standard 133MHz base clock allowed us to stick to a memory speed of 1,066MHz. Using the 150MHz base clock setting forced us to drop the memory speed to 926MHz.


Core i7 965 Extreme is the fastest processor in the new family by a narrow margin and will overclock by a tiny 200MHz more than the 920 and 940 models, which is fairly disappointing when you consider its price.


The 920 and 940 are far more interesting as they overclock to give almost exactly the same results. In fact the 920 ends up delivering slightly more performance than the more expensive 940 although it demands an extra 45W in the process. The extra power causes us some concern but the way we see it you save more than £200 if you choose a 920 so there is plenty of scope for investing in exotic cooling or a beefier power supply – or you could just be a little more conservative with your overclocking.


We hoped that the Core i7 940 would put the 920 to shame and in some respects it delivered. However, the small advantages are nowhere near enough to justify the huge difference in price. 920 is still the Core i7 of choice.