The Core i5-6400 sits squarely in the middle of Intel’s mainstream desktop processor range. Packing the latest Skylake architecture and 14nm manufacturing process as the company’s flagship Core i7 6700K it has everything you need to make a powerful and power-frugal PC.

It will be a touch slower but then that’s reflected in its far more palatable £140 price.

The Core i5-6400 is the most affordable standard chip from the Skylake Core i5 range. That means it’s still got most of the assets that pricier Core i5 parts have: it’s got four physical cores, 1MB of L2 cache and 6MB of L3 cache. 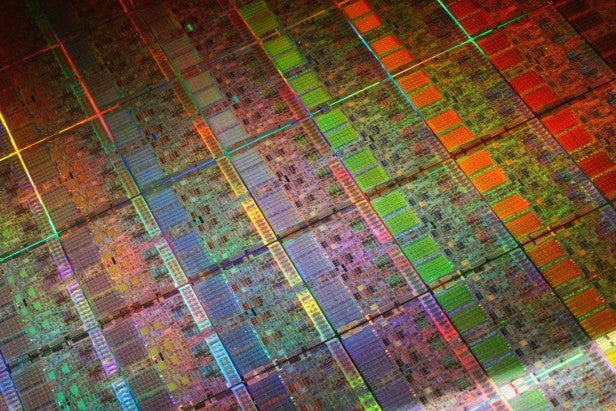 The big difference between the Core i5-6400 and pricier chips in this range comes is clock speed – the key department where Intel cuts back in order to make cheaper processors. The i5-6400 runs at a standard 2.7GHz and can use Turbo Boost to improve two of its cores to a top speed of 3.3GHz. The Core i5-6600K, meanwhile, starts at 3.5GHz and has a Turbo peak of 3.9GHz.

The other noticeable differences comes in power consumption. The i5-6400 is rated for 65W, which is the same as other standard Core i5 Skylake parts – but the i5-6600K, which has a higher speed and is properly unlocked for overclocking, demands a peak of 91W from the PSU.

That isn’t necessarily a bad thing. The i5-6400 isn’t a K-edition chip unlocked for overclocking – the chance to tweak is only limited to certain boards with the right BIOS – but its more modest power demands means it’ll be absolutely fine beneath Intel’s stock cooler – something that can’t always be said for overclocked K-edition models.

The new core supports DirectX 11.2 but not DirectX 12, and it’s got 48 shaders and 8 ROPs to produce pixel and texture fillrates of 2.8Gpixels/s and 5.6Gtexel/s. That’s a leap over older integrated cores, but it’s still some distance short of even the most modest current-generation AMD and Nvidia discrete graphics cards.

The Core i5-6400’s main competition comes from that i5-6600K, which is pricier but only by £50, and it is more powerful and has serious overclocking potential. Alternatively there’s AMD’s FX-8350 Black Edition. That chip is a few pounds cheaper, and it still has four cores that can handle eight concurrent threads. Its clock speeds are faster, with stock and Turbo speeds of 4GHz and 4.2GHz, and it’s got 8MB of cache – two more than the i5-6400.

AMD’s chip has a higher power requirement of 125W, which is poor, but those chips do use the same socket as older AMD parts – so upgrades are potentially more affordable.

Skylake doesn’t just herald a new range of processors – Intel has released a new socket and chipset alongside these chips. The wealth of new hardware is a double-edged sword: it means upgrading to the new processors is more expensive, but it ushers in a range of new features.

There are other chipsets that have more restrictive feature sets. Parts like H170, B150 and H110 don’t support multiplier-based overclocking, and include fewer USB 3.0 connections. They also have lesser support for PCIe 3.0 slots, with fewer lanes – and some don’t support RAID options for storage.

The arrival of a new socket and chipset also means the market is flooded with new motherboards. Even the cheapest new boards have more features than older models, from PCIe 3.0 slots to M.2 SSD connectors, and they tend to have more USB 3 and SATA connectors too – perfect for taking advantage of Z170’s bandwidth improvements.

Z170-based boards aren’t cheap. The most affordable start at just over £80, and for that money you’ll get a more basic feature set: fewer PCIe slots and USB connectors, less likelihood of M.2 storage support, and a more modest backplate. At the top end of the market are extreme gaming and overclocking boards that cost over £200 – they come with every port, slot and connector imaginable, as well as on-board buttons, displays and overclocking features.