For testing the performance of Skylake CPUs I partnered the Intel Core i3-6100 (provided by Overclockers UK) with the Asus Z-170-A motherboard, which is a mid-range board costing around £115. It has a good overall selection of features including plenty of overclocking options, making it an ideal partner for a general purpose review.

I partnered with an 8GB pair (2 x 4GB) of Corsair Vengeance LPX DDR4 RAM rated to 2666MHz. I also used a Corsair CX500M, 500W power supply, though it’s worth noting that the power supply shouldn’t need to be upgraded if your system already supports recent high-end Intel processors. For graphics, I’ve locked and loaded a Sapphire Radeon R9 290X.

I tested against Intel’s Core i5-6400 as well as its top Skylake chips, the Intel Core i5-6600K and Core i7-6700K. I’ve also quoted figures from an older low-end chip, the Core i3-4330. This Haswell-based chip is only dual-core, though does support hyperthreading, and runs at 3.5GHz. It provides a good reference point for how a less powerful and markedly cheaper processor compares to these top-end parts. 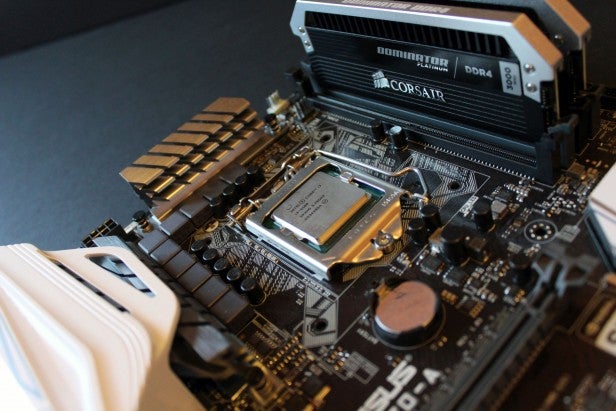 Cinebench is a standard, cross-platform CPU test that quickly and accurately tests both single-core and multi-core/multi-threaded performance. It’s freely available to download.

This cross-platform application can be used to compare performance between all sorts of devices, and it’s a good gauge of both multi- and single-core speed.

The dolphin emulator is used to play Wii and GameCube games on the PC. It’s purely reliant on the CPU so can be highly taxed by some games. It’s also single-threaded, so is a good test of overall single-core speed.

Mozilla’s Kraken benchmark is a web browser-based Javascript benchmark that is a great test of how a CPU copes with modern browser workloads. Its another single-threaded test.

Handbrake is an open-source video transcoding program that has become the standard way to quickly and easily convert video files from one format to another – ideal for quickly compressing a video to watch on your phone. Its compression algorithms are multi-threaded, so it’s an ideal real-world multi-threaded test. I convert a 619MB 720p MKV video file into h.264 MP4 and time how long it takes.

This benchmark uses mathematical formulae to test a processor while ensuring that 100% of its processing power is engaged in the test – handy for seeing how chips with varying core counts cope with tough workloads. There are two tests – one that uses 32 threads and one that uses 1,024 threads – with the latter far more demanding than the former. 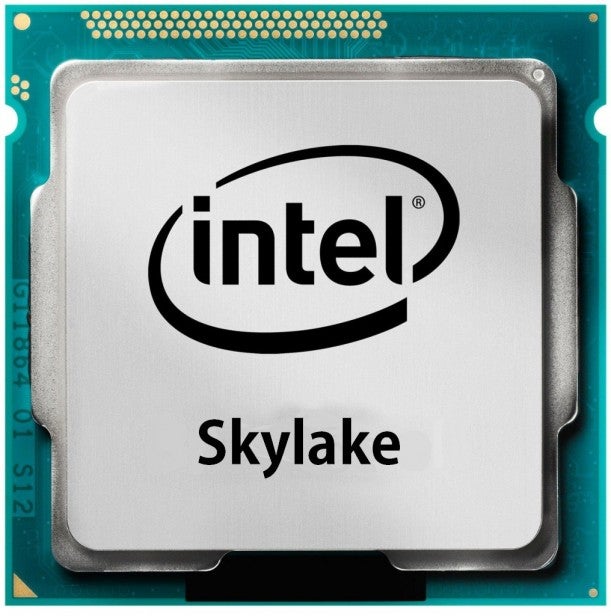 When it comes to using the latest Skylake chips for gaming, I tested both the integrated graphics and how it performs purely as a CPU partnered with a high-end graphics card. I used the Sapphire Vapor-X R9 290 for the latter, which is a card that’s fast enough to ensure it isn’t the bottleneck in higher-end games tests.

For the integrated graphics test at 1,920 x 1,080 (1080p) but set the games’ detail settings to medium. Meanwhile for the high-end test I used the same resolution but pushed the detail up to its maximum. While I could have pushed the resolution higher I wanted to create a scenario where there’s a reasonable chance the CPU but while still being somewhat representative of how some users would use such a high-end graphics card.

Battlefield 4 can be very taxing on the CPU in multiplayer games. However, it’s very difficult to test consistently in a multiplayer environment so I instead record the framerate of the game during an on-rails section of the single-player game. Although this makes it a largely GPU limited scenario I do see some variation in framerates with the discrete card. What’s more it makes for a great test for the integrated graphics as Battlefield 4 is just the sort of game that a more casual gamer might drop into every now and then.

Bioshock Infinite is simply one of my favourite single player games of recent times and represents a good average for current PC game workloads. Its very high potential framerates with graphics cards also gives an even clearer indication of the performance difference between a discrete card and the integrated graphics.

Previous
Intel Core i3-6100 Review Next
Performance and Verdict Review