Intel’s Core 2 Extreme QX9650 was the first CPU to use Intel’s new 45nm fabrication process. Aside from this, and despite the impressive performance, especially if you run applications that take advantage of SSE4, there wasn’t a great deal about the QX9650 to cause much excitement, unless the prospect of 12MB of L2 cache is enough to float your boat.


This was a deliberate policy on Intel’s part, a policy known as tick-tock. In a ‘tick’ year Intel would move on the process technology, in this case the 45nm process, and then in 2008, a ‘tock’ year, the front-side bus would be raised from 1,333MHz to 1,600MHz. Moving one step at a time should keep problems to a minimum and enable Intel to iron out technical issues in an orderly fashion instead of in a terrible rush.


The tick-tock logic makes perfect sense provided Intel has dominance in the processor market and is able to dictate the speed at which it rolls out new technologies and speed bumps. So what were we to make of the arrival of a Core 2 Extreme QX9770? 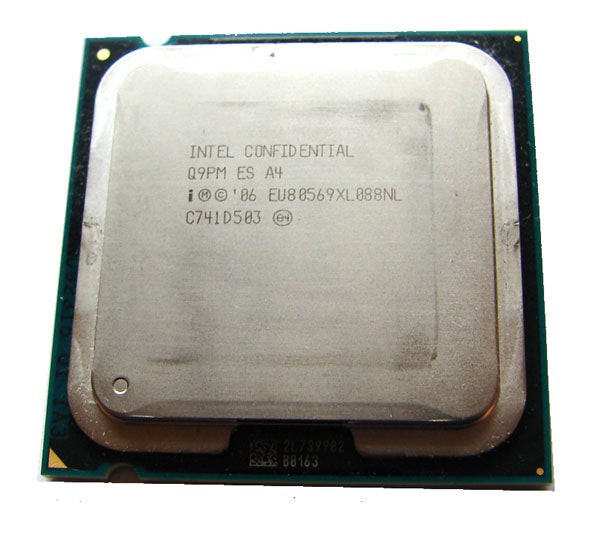 This is a new quad-core Penryn processor that runs at 3.20GHz on the 1,600MHz front-side bus that we didn’t expect to see until some time in 2008. The clock speed increase compared to QX9650 is a relatively small 200MHz. Pricing is the usual USD $999 per processor for a tray of 1,000 units but no-one will buy a thousand of the things, and that’s assuming that Intel will ever even make one thousand QX9770s.


The timing of the QX9770 is especially odd as Intel doesn’t currently have a chipset that officially supports the 1,600MHz front-side bus as X38 tops out at 1,333MHz and we won’t see the X48 chipset 1,600MHz support until early in 2008. This means that the new CPU relies on the Taiwanese motherboard manufacturers to add BIOS support for the QX9770, which isn’t the sort of thing that we expect from Intel. It rather suggests that AMD’s launch of the quad-core Phenom has caused Intel some concern and in response it has launched this new processor in something of a rush

I’ve got a decent stash of motherboards but the only X38 model I had to hand is an MSI X38 Diamond that doesn’t have BIOS support for the QX9770. Ironically then, Intel couriered aGigabyte GA-X38T-DQ6 to me, a board I reviewed last October.

It was necessary to fire up the Gigabyte with a QX9650 and then install Beta BIOS F4A before I could switch to the QX9770. The new BIOS knocked out a fair few of the overclocking options and in particular the front side bus was locked at the stock speed although I could adjust voltages and clock multipliers to my heart’s content.


Initial test runs with PCMark05 and POV-Ray showed that QX9770 had a small advantage over QX9650 but that’s exactly what you’d expect, as the 3.20GHz QX9770 has a 6.67 percent lead over the 3.00GHz QX9650. If you normalize the two sets of figures there’s nothing to choose between the two processors although the QX9650 uses rather less power than the QX9770.

When it comes to overclocking I was able to bump up the multiplier on the QX9770 to get a speed of 3.60GHz without making any other adjustments but the next step of 4.00GHz took a little work as the system was unstable until I raised the Northbridge voltage by 0.05V and the CPU voltage by 0.2V. 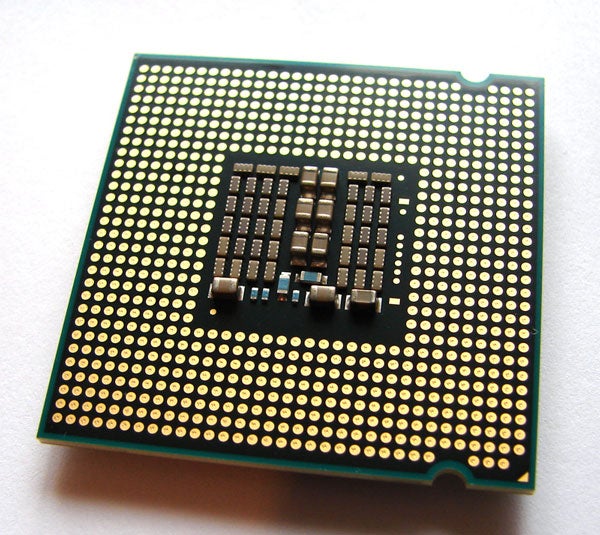 The step up from 3.20GHz to 3.60GHz yielded a performance increase that was directly in line with the clock speed but the 4.00GHz jump increased the power draw enormously while performance was less linear. I was using a Zalman CNPS8000 cooler that is very quiet and it managed to keep the 4.00GHz overclock under control despite the ludicrous amount of power pumping through the motherboard. 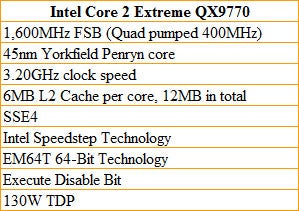 Just for larks I ran the CPU benchmark that is built in to Crysis however the test system was clearly limited by the Radeon HD 3850 graphics card so the processor speed had no effect on the frame rate.


While I was unable to overclock the QX9650 on the Gigabyte with the Beta BIOS I’ve included a set of figures that I got on an Asus Maximus Formula SE with a GeForce 8600 GTS graphics card a couple of weeks back. You need to read the numbers carefully as the two platforms are not directly comparable, but if you study the PCMark05 CPU test result for the QX9770 at 3.60GHz and the QX9650 at 3.69GHz it is clear that the two processors are delivering a near-identical workload and the same is true in POV-Ray.


Intel’s latest and greatest processor gives us a good idea what to expect from the 1,600MHz FSB in 2008 and while it’s very encouraging we have to wonder exactly why it was so keen to deliver samples to reviewers before the X48 chipset was ready.