As the first big upgrade for Insta360’s One RS action camera, the new 1-inch 360 lens marks a huge leap forward in 360 filmmaking.

Earlier this year, we finally saw the long awaited follow up to the Insta360 One R with the beefed up yet backwards compatible Insta360 One RS. While that camera brought a number of upgrades to the linear 4K filming experience and the speed of the main processor, the 360-lens remained unchanged from the one that was previously available on the One R.

It seemed odd at the time that the 360 lens was the only component of the One RS not to receive an update but it’s clear now that this was because the 1-inch variant was waiting in the wings. So what exactly do you get with this new lens?

Well, as you can imagine, having a larger one-inch sensor allows for a serious bump in resolution, with the module able to capture 360 footage up to 6K, marking a huge improvement over the 5.3K cap on the standard 360 lens. In fact, the Insta360 One RS is now level with the 6K resolution offered by the GoPro Hero Max which has been the top dog in this market for quite some time.

With that resolution bump it’s now possible to shoot 360 stills at 21MP, up from 18.4MP. All of this tech has been co-engineered with Leica, which has already worked with Insta360 for the 1-inch Wide Angle lens that boosts linear filming to 5.3K on the One R/RS.

In the short time that we’ve had to play around with the 360 1-inch lens, I can say that those who are passionate about 360 filmmaking will really get a kick out of what’s capable with this thing. The footage I’ve captured is vivid and punchy, and the amount of detail that the camera is able to pick up in the distance is truly impressive.

While more time is needed to deliver a full verdict on the new lens, it does seem clear that for existing owners of the Insta360 One RS, the upgrade will feel like a very tempting buy, it just remains to be seen if this, in conjunction with the RS’s modular features, will be enough to sway folks away from the GoPro Hero Max.

One thing that’s worth pointing out is that while the One RS has prided itself on its backwards compatibility with components from the One R, moving up to the 1-inch 360 lens isn’t quite as seamless. Because the 1-inch lens is held vertically, it requires a vertical battery that’s different to the horizontal battery pack that’s included with the One RS.

That in itself isn’t a huge issue, but the first-generation vertical battery that was made for the One R doesn’t work with this new tech. Insta360 mentions that the updated battery does have a higher capacity and should last longer as a result, but it’s definitely something to consider if you were planning on using any existing vertical battery packs that you might have lying around.

From the short time that I’ve spent with the new Insta360 One RS 1-inch 360 Edition, I’m impressed with the quality it affords to 360 filmmaking, and the ability to swap the lens out at a moment’s notice only serves to make the One RS’s modular concept that much more appealing.

More testing is needed to see how the 1-inch lens holds up under a variety of scenes and light sources, but if you’re an avid 360 filmmaker or someone looking to buy their first 360 camera, then you’ll definitely want to check back for our full review. 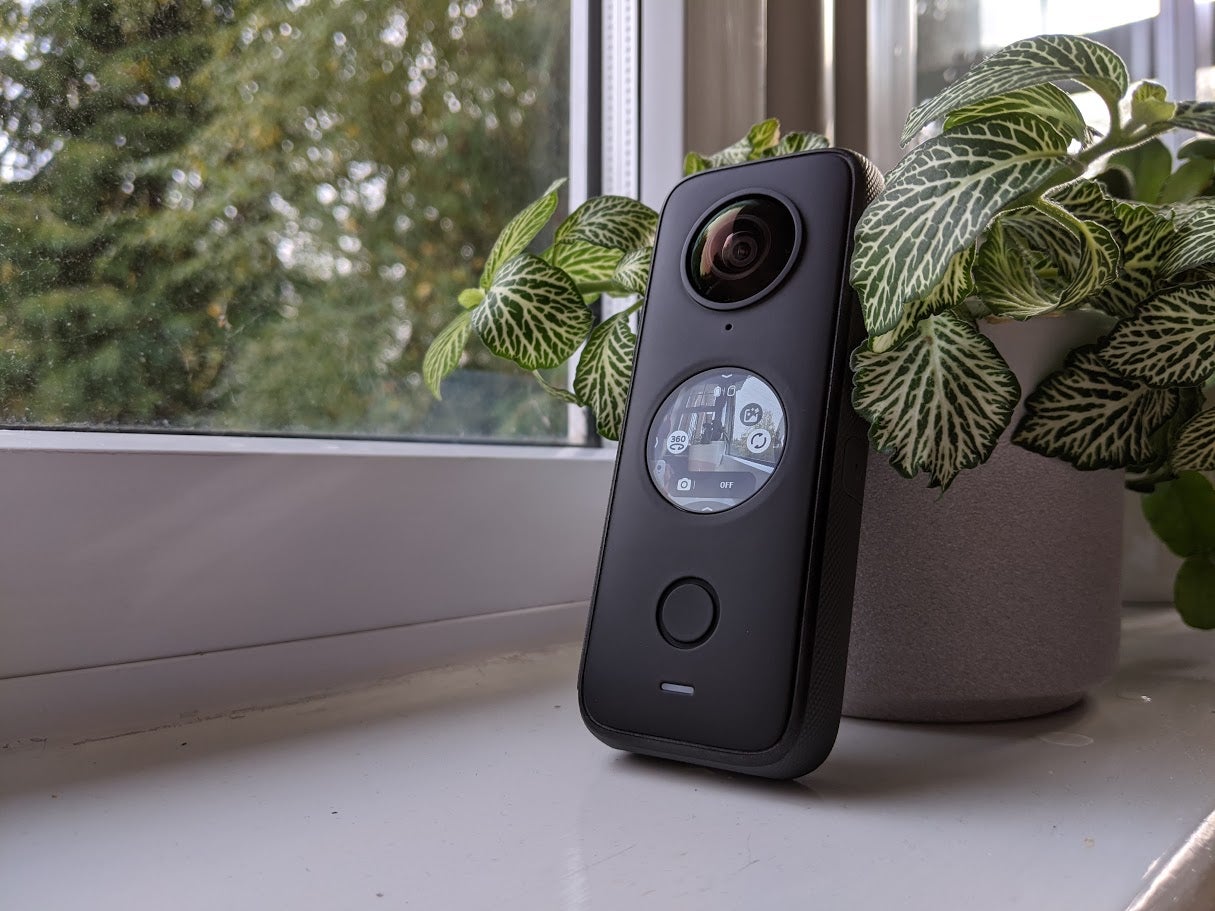 Andrew Williams 3 years ago
A 'hands on review' is our first impression of a product only - it is not a full test and verdict. Our writer must have spent some time with the product to describe an early sense of what it's like to use. We call these 'hands on reviews' to make them visible in search. However these are always unscored and don't give recommendations. Read more about our reviews policy.