In every business there’s a place for those essential devices that get on with doing a job. They’re the unsung heroes of IT. They sit in the corner unnoticed. No one drools over them. No one casts an admiring glance when you’re carrying them around the building. Like your local bin men, who do a job that most of us would turn our noses at (thanks guys), devices such as printers, switches, routers and servers just get on with it and don’t make a fuss.


The business data projector, a star of the boardroom not so long ago, has joined the rank and file of the IT humdrum over the course of the last couple of years, and InFocus’ IN26 is one of the latest recruits. 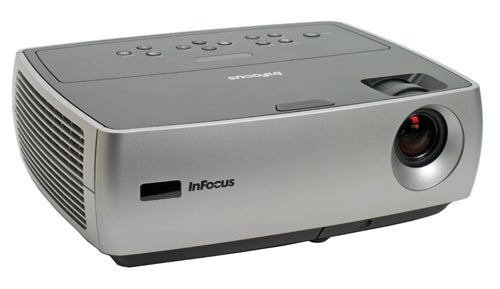 This is one of the firm’s meeting-room range of projectors. But despite its intended place of work, the IN26 is far from the behemoth it could have been. It actually only weighs 2.7kg and can easily be tucked under an arm for meeting-room to meeting-room transportation. However it is quite bulky and this is what precludes it from being a practical or comfortable companion in airport terminals and on cramped city train networks.


The IN26 is also firmly targeted at the cost-conscious small- to medium-sized business sector and, as a result, can be had for a reasonable £633 including VAT. You might have thought that this would result in compromises over features and quality, and at first glance the utilitarian appearance of the IN26 would suggest that you might be right. There are no fancy glossy plastics here, no expensive aluminium casing or tactile rubberised surfaces. The buttons have a bit of a cheap plasticky feel too. 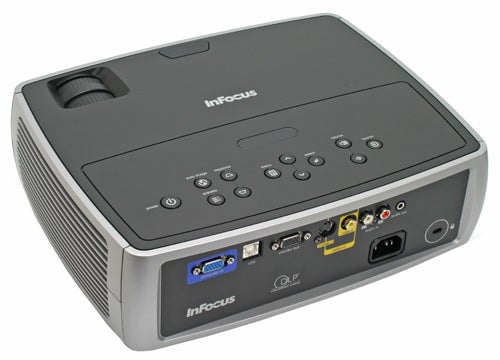 Delve a little deeper and the lack of luxury items becomes more apparent. Like a Ford Mondeo with fabric seats and no air-conditioning, the specification sheet reveals very little to get the pulse racing. No wireless connectivity, no automatic keystone adjustment, no motion adaptive video deinterlacing. It’s just a basic, bog-standard business projector.

On the other hand, this is the sort of device that is likely to see a lot of wear and tear and on that front you can’t fault the build quality, while the cheap finish appears to be the sort that could take a scrape or two without ending up looking like it’s been dragged through a hedge backwards. 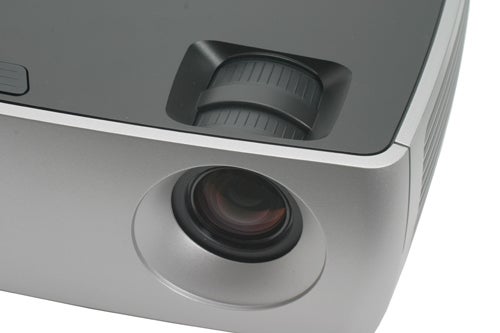 Those keys, while plasticky, do cover pretty much all of the bases too. All of the controls you could possibly need are present on the top panel – from dedicated volume and keystone keys to the usual directional keys for accessing and adjusting menu options.


Lamp life is good at 3000 hours, and in the all-important areas of brightness and resolution the news looks good as well. Driven by Texas Instruments’ ubiquitous DLP technology, the IN26 projects an XGA picture natively (1,024 x 768) and manages to pump out 1700 ANSI lumens of brightness. In practice this means that in medium sized meeting rooms, even in the middle of the day, you’ll have no trouble getting a good, sharp, bright image out of the IN26 and that flexible XGA native resolution means it can deal with pretty much any signal you care to throw at it too. 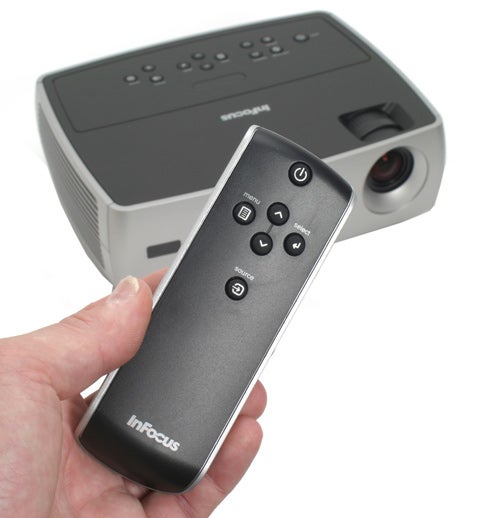 On top of the data signal, which is fed through the standard VGA connector on the rear, you can quite happily feed the IN26 all manner of video and it copes just as well. There are no component video inputs (you have to obtain a component to VGA adaptor for this), but then the IN26 will happily deal with high definition 720p and 1020i signals, for example, on top of the more common 480i/p and 576i/p resolutions. 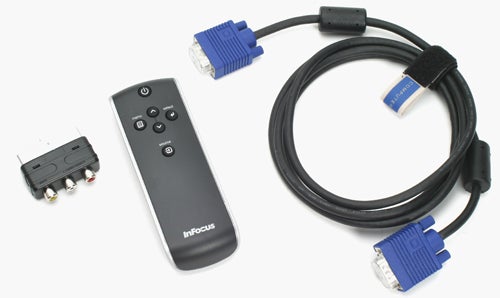 If you were thinking of picking this up as an all-rounder, however, we’d recommend you look elsewhere. The IN26 hasn’t been designed with the home user in mind and that’s obvious as soon as you watch a DVD through it. Despite that decent brightness level and contrast rating of 2000:1 pictures just looked a little too washed out and soft for our liking and it took quite a while fiddling with the colour, contrast and brightness settings before we got rid of a slight greenish tinge to images.


Also the relatively slow two-speed colour wheel meant that the rainbow effect was noticeable, especially when viewing bright subjects against a dark background. 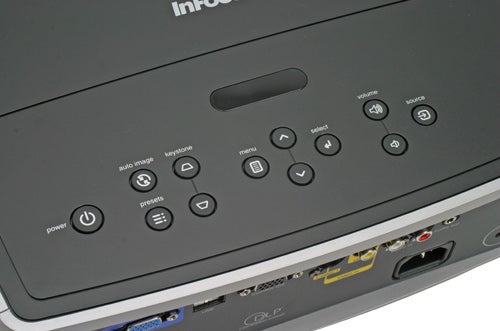 
All things considered, there’s nothing about the IN26 that’s particularly exciting. There are no out-of-the-ordinary features, no headline-grabbing specifications and there’s definitely nothing sexy about the way it looks.


We’d like to say it’s a wolf in sheep’s clothing, that its looks and basic features list belie great performance, or that it’s fantastic value for money. We’d love to like it, but we can’t.


Truth be told, the IN26 is a middle-of-the-road workhorse projector. It will do the job, but unspectacularly. Its picture is no more special than its feature set while video performance is distinctly average. And even that ‘budget’ price is nothing to write home about, with 2000+ ANSI lumens XGA projectors available now from manufacturers such as BenQ for well under the £600 mark.