If you’re an iPhone owner and haven’t yet heard of Infinity Blade, you must have had your head buried in the sand for the past year or so. It’s an on rails slash ’em up with some of the finest graphics ever to have graced the iPhone and iPad. Now the game has received a free update that adds multiplayer action into the mix. 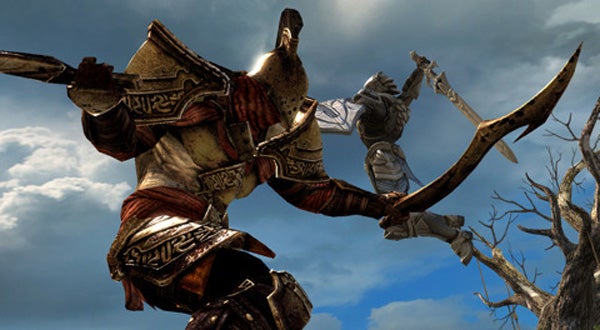 The multiplayer Arena enhancements allow you to take on your mates via the Game Center. One plays as a knight, while the other assumes the role of an ogre, with the sides being switched around after a few rounds to balance out the game play.

Now with the addition of the Arena multiplayer mode there’s even more reason to grace your iOS devices with the sumptuous graphics of Infinity Blade.