Exclusive to PS4
Is inFamous: First Light a glorified expansion or a stand-alone inFamous game? Well, you can play it without having owned or played inFamous: Second Son, but in most respects it feels like DLC. It has a new protagonist, Second Son’s neon-powered druglord-slayer, Fetch, and an all-new storyline, but it takes place in a subset of Second Son’s Seattle map, features a selection of familiar powers and – basically – feels a bit like more of the same.

Whether this is a good thing or a bad thing depends on how much you enjoyed Second Son. It’s a little more extensive than its nearest point of comparison – inFamous 2’s Festival of Blood – but also a little less eager to mix up the mechanics and the tone.

Essentially, it’s Fetch’s back story, told in flashbacks to Second Son’s antagonist, Brooke Augustine, while our conduit heroine is being kept and conditioned in the Curdon Cay facility. We get more details of her upbringing, her betrayal by her parents, her relationship with her brother and the events described in Second Son, all wrapped up in a story of gang wars, double-crossing and revenge in Seattle some two years before Delsin Rowe arrives. It’s not the world’s most original tale – you can spot most of the beats coming from a mile away – but it works, and Fetch makes a sympathetic lead. 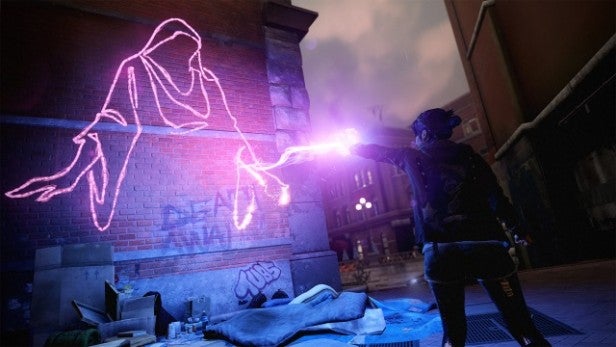 These flashbacks are interspersed with training sessions in which Fetch reveals the full extent of her powers against a bunch of holographic targets. If you’re thinking padding then you’re probably right, but these sequences are entertaining, and do a nice job of introducing you to abilities which you’ll need to wield in anger later on.

Where Delsin eventually had four sets of powers to choose from, Fetch is limited to just the one, but her Neon abilities still give you plenty of scope for fast traversal and hard-hitting combat, and she gets more powerful versions from the off. Best of all, she comes kitted out with an enhanced Light Speed, where she can not only run at lightning speed and up walls indefinitely, but race through floating clouds of Neon for a satisfying, albeit temporary, boost. 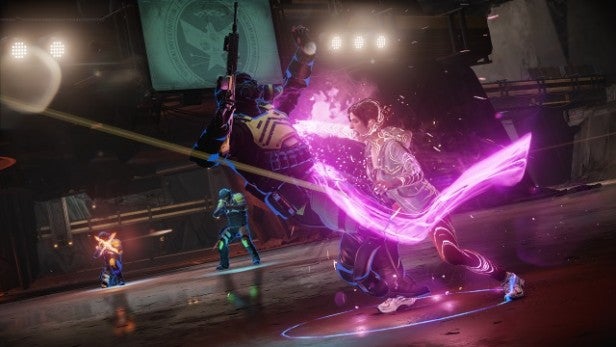 The downside of having one set of powers is that there’s less scope to mix tactics and a little less variety, but the upside is that you can focus on upgrading the one set of powers and taking them as far as they can go. By midway through First Light, Fetch is a formidable combatant. By the end, she’s practically unstoppable, taking on armies of villainous DUP troops not just with ease, but something like finesse. Using stasis bubbles to float enemies then a focused neon blast to slow-motion snipe their weak points is just the beginning. Missile blasts, melee finishers and a fantastic alternative to Delsin’s Radiant Sweep Karma Bomb make you feel like Seattle’s biggest bad-ass.

Traversal, meanwhile, is one of the key components of any successful superhero sim. If getting from A to B isn’t fun and doesn’t keep getting more fun, then you might as well give up. In First Light, this isn’t a problem. Simply rushing from place to place is a blast and working out how to use Light Speed and dash combos to reach skill-point Neon Lumens is an addictive diversion. You might hate checkpoint race activities in open world games, but you might be surprised at how naturally they fit in here. 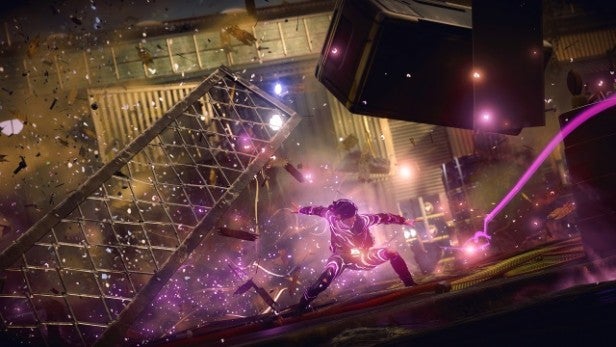 The long and short of all this is that the core gameplay of First Light is thoroughly enjoyable. Like Second Son, it’s a fantastic-looking game as well, with impressively detailed urban environments, beautifully modelled and motion-captured characters, and some of the most dazzling and vibrant light and blur effects you’ll ever see. You might have thought neon powers looked awesome in Second Son, but you haven’t seen anything yet.

So why the slightly measly score? Well, in a lot of ways it’s hard to fault First Light. It’s a little short at roughly five hours to beat the main campaign, but the pacing never lets up and you’re never forced to concentrate on secondary tasks just to eke things out.

The secondary activities don’t go beyond collecting Lumens, attacking DUP troops and dealers or running races, and there are few irritating moments where roaming DUP squads get in the way at a crucial time. Complete it, and you can return to the streets and keep on testing our upgraded powers, or tackle the Curdon Cay challenge missions with Fetch or (if you own Second Son) Delsin for leaderboard positions. As stand-alone expansions go, it’s small but packed with things to do. 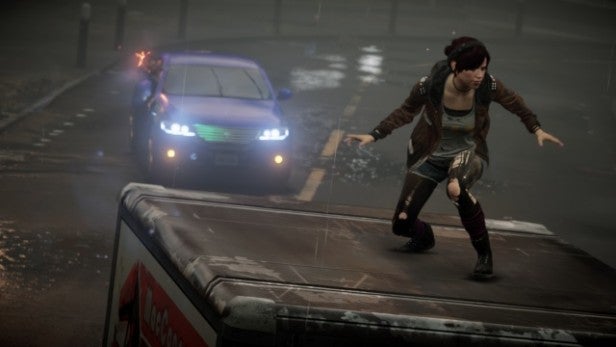 All the same, you can’t help feeling that the team at Sucker Punch is beginning to run dry of ideas. There aren’t any awful missions, but there are quite a few uninspired ones. Two involve acting as a human turret on the top of a van, while another two involve sniping from a fixed position at a shooting gallery of gangsters or cops. In between you’ll see a selection of missions that you’ll already have played a dozen times before, and only a handful that try anything that new or that exciting. And while the climactic mission is actually quite thrilling, it feels a little like it’s strayed in from a third-person shooter, not an inFamous game.

Let’s be clear: First Light is consistently enjoyable. As the cliché goes, if you loved Second Son, then you’ll love this. Yet you can’t help thinking that it doesn’t take the series somewhere new, or that ‘somewhere new’ is where this series needs to go. It also has an unfortunate habit of putting technological limitations in the foreground. If I had a world where only a few elements were actually destructible, for example, I wouldn’t have a mission that charges you to do as much damage as you can. All those unshatterable windows just look embarrassing.

Verdict
If you were a fan of inFamous: Second Son, then First Light gives you more of the same with a neon twist. It has an engaging story, an interesting protagonist and some new tricks to explore, and while the campaign is fairly short there’s a lot of stuff to do. If it falls short of brilliance, it’s only because the powers might be a little too familiar, while the missions are only sporadically inventive. It’s a good expansion and an interesting entry-point for newcomers, but not quite as essential as we’d hoped.