The Auto 50 programme was our default test programme of choice and delivered extremely good cleaning results even when using a multi-purpose 3-in-1 tablet. There is a ‘tablet’ option to tailor the wash accordingly and DSFO3T224ZUK produced a 100% clean, time and time again with very good glass polishing. Glasses would have been even better had it not been for the occasional drip or run where the machine didn’t quite dry perfectly but you can’t knock the overall cleaning performance.

To really put the Indesit DSFO3T224ZUK to the test, we left microwaved cheesy scrambled egg residue to dry in a Pyrex bowl for 24 hours to give a nice concrete-like texture. Using mainstream-brand salt, rinse aid and a dishwasher tablet, we used the standard Auto wash with the offending bowl placed open side down in the lower rack. We filled the machine with lightly soiled plates, cups and cutlery and let the Indesit do its thing.

The egg-bowl test is designed to be all but impossible but the Indesit did its best to disprove that. Cleaning results were outstanding for a dishwasher that doesn’t boast any extra jet-washing performance-enhancing features, with just one teeny-tiny piece of egg remaining. That is right up there with the very best egg-test results we have seen from a slimline dishwasher. On the downside, the Auto 50 cycle took a lengthy 2 hours and 38 minutes to complete. That isn’t in quick but it is not unusual for A++ and better-rated machines. These tend to use a lot of soak time to get a good clean without using too much energy-draining heat or water pressure. Also thrown into the mix for the wash were a mixture of mugs, stained red-wine glasses and gravy-stained plates. All items came out sparkling for what can only be described as excellent clean all round. 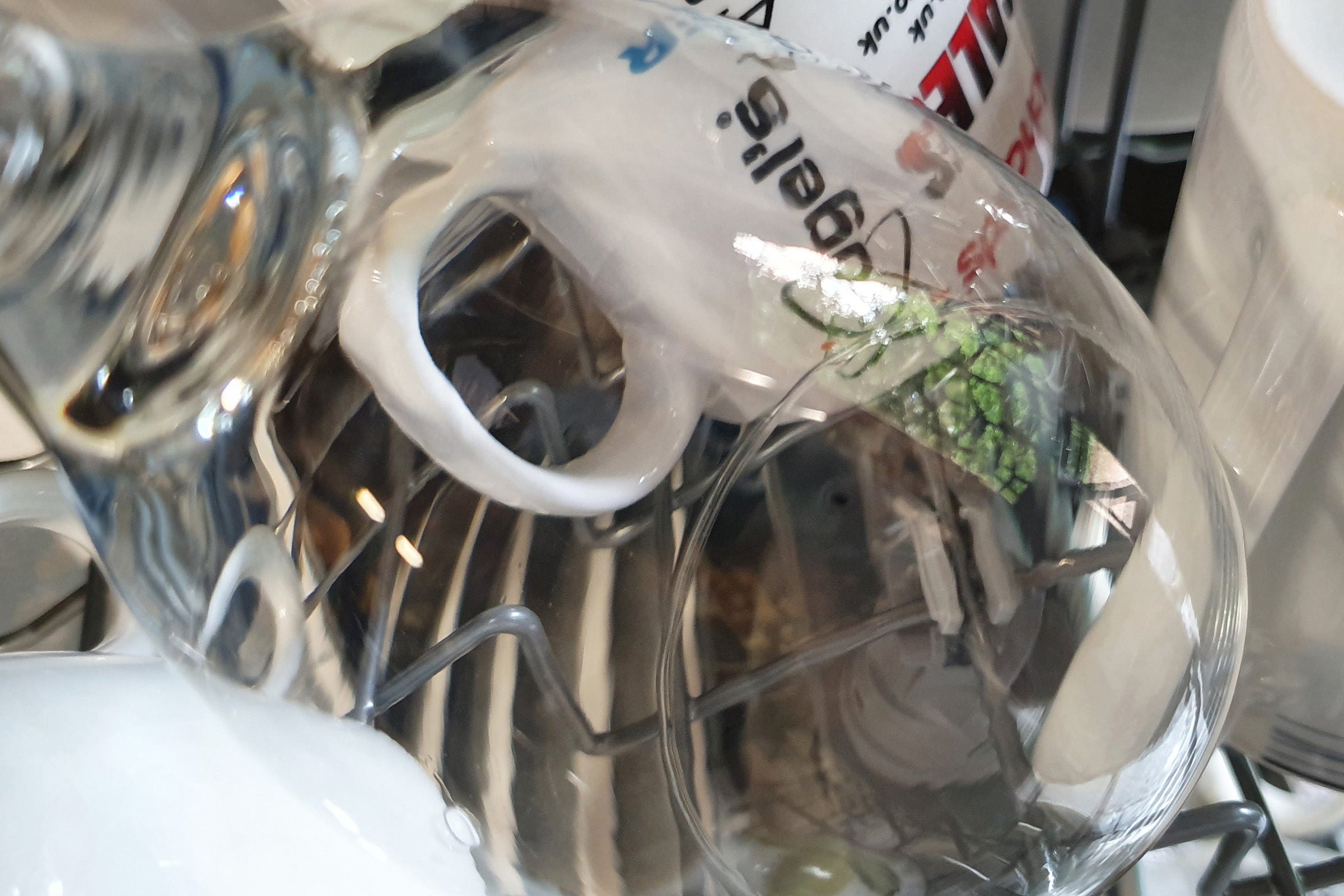 Changing over to the Eco programme we got equally impressive results, eventually. The cycle took 3 hours and 21 minutes to complete which although is rather lengthy, actually shed off 39 minutes off the manual’s guideline. Lastly, we put the Push & Go cycle to the test. A full wash took a relatively quick 1 hour and 32 mins and wash results were just as pristine as the Auto programme for our lightly soiled load. Heavier cleaning jobs are best left to the intensive programme though.

Our only slight-issue across all of the Indesit’s programmes was the drying results. On any horizontal surface, small drips and the occasional run remained. If you do manage to place a mug flat (despite the angled upper rack floor) a pool of water will be left in the upturned base. If you are more than a bit frisky pulling out the upper rack, those drips end up on the plates below. This is typical of A++ and better energy rated machines but as the Indesit doesn’t offer an extra-dry option, a tea towel really is the only answer if you want perfect dry results. 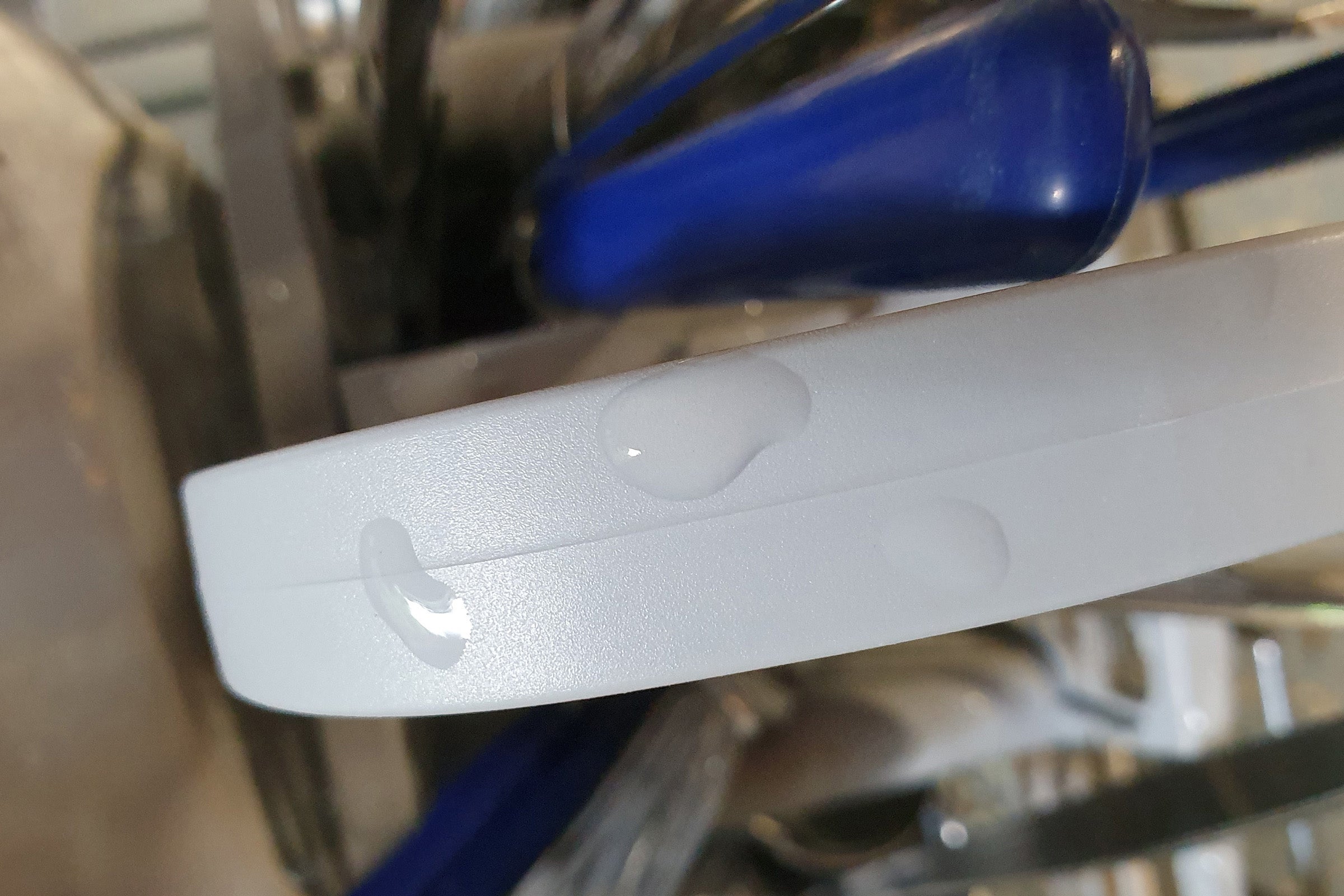 No griping about the nicely low running costs though. Full lightly soiled wash loads on Eco, Push & Go and Auto 50 used 0.83kW, 0.98kW and 1.19kW respectively, averaged over a few runs. Water use was even more impressive considering the Indesit’s surprisingly capacious interior, as 6.5l, 10.9l and 8.1l respectively.

For a family that does 250 dishwashing cycles per year, half on Eco for lightly soiled loads and half on Auto 50 for the muckier stuff, the Push & Go would use 252.5kWh per annum. At an average electricity supply price of 15p/kWh that is a dishwashing electricity bill of £37.87 for the year. Water use would be 1,825 litres, which at £3.50 per cubic metre water supply and waste, is a latte and a muffin equivalent of £6.38. 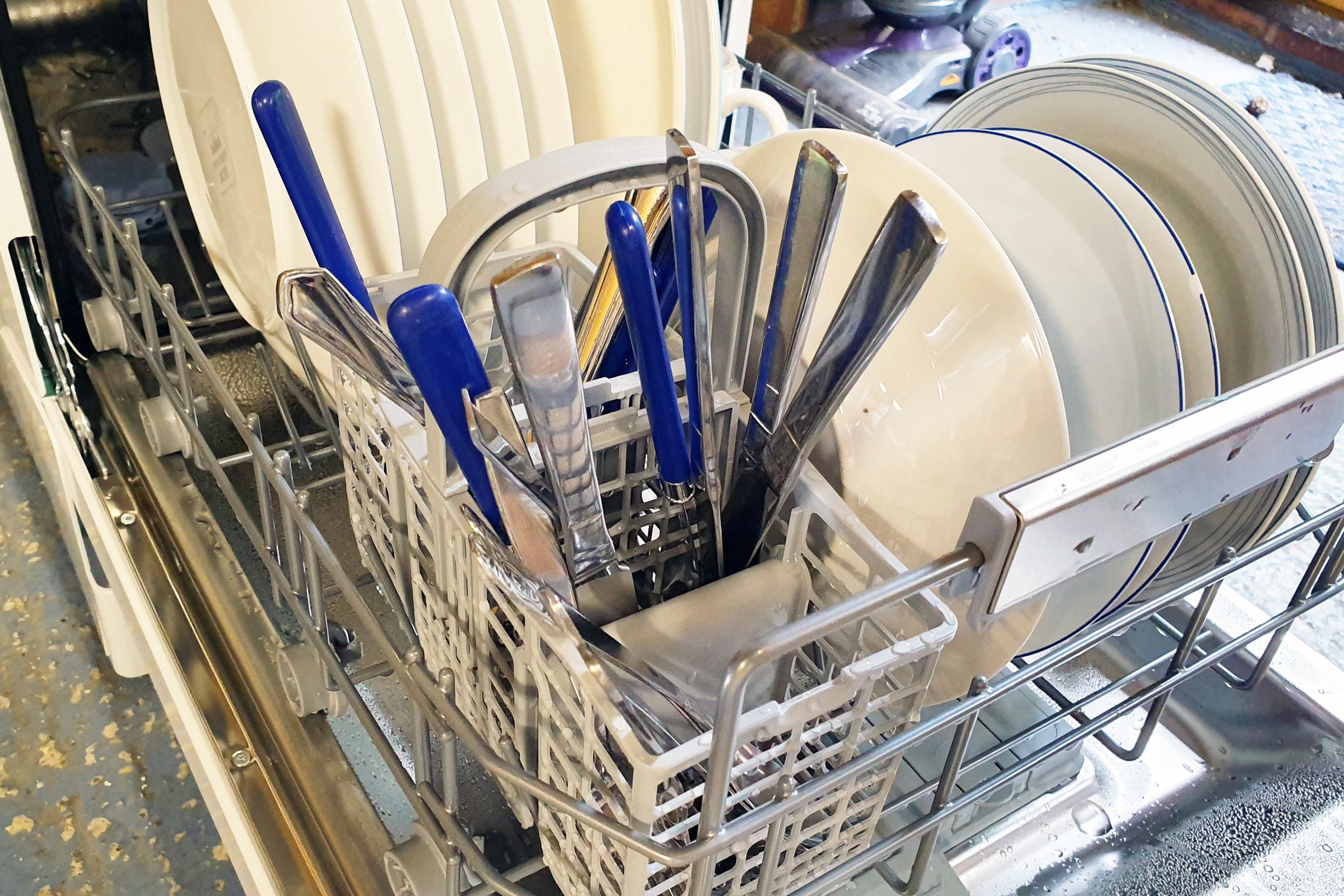 At under £45 per year in resource costs (plus detergent, rinse aid and salt consumables), Indesit’s Push & Go is a remarkable frugal way of washing 250 decent capacity loads in a very small space. This great value is slightly tempered by the fact that 45cm dishwashers cost more than their 60cm counterparts thanks to a (lack of) economies of scale – far fewer 45cm dishwashers are made and sold than 60cm. As such the Push & Go is just about the priciest dishwasher in Indesit’s entire dishwasher range at £330.