The 21.5-inch iMac is available with two different processor choices. The Full HD model gets dual-core Intel Kaby Lake processors that are more typically found in laptops, while the 4K model ships with full-fat, quad-core desktop chips, also from the Kaby Lake generation.

You’re looking at a small processor performance bump over the last-gen model, but gains of 20% or more on the generations before that. You can see a full list of the three core iMac options in the table below. Each version comes with a variety of upgrade options thet let you further customise the all-in-one’s hardware.

I reviewed the 3.4GHz Intel Core i5-7500. This can be upgraded to Core i7, topping out at 4.2GHz, but I think there are some more pertinent upgrades you should consider before slapping in a better processor. 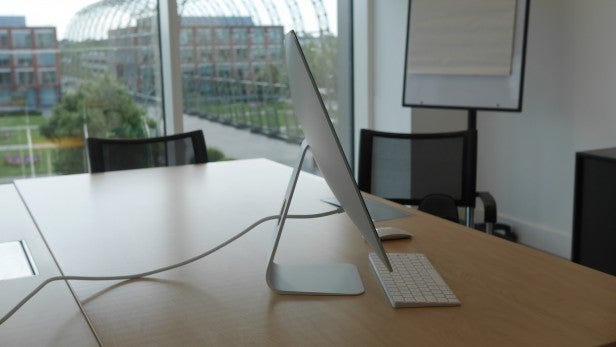 For me, the biggest shortfall here is the storage, which takes the form of a 1TB ‘Fusion’ drive, more conventionally known as a hybrid hard disk or SSHD. This is a combination of a tiny, fast SSD cache and a large, very slow hard disk, with the disk itself intelligently handing frequently used data – such as the operating system and programs – to the SSD to serve up quicker.

In theory, the iMac should become faster the more you use it. But if you’re constantly using new data – such as video files and games – then first there isn’t enough space to speed all that stuff up, and second, you’re not using that data for long enough for it to be worth putting into the cache.

For this reason, large files stored locally feel slow, and programs don’t feel particularly snappy either, with only a limited amount of space to cache them. This will be even worse on the standard hard disk model that starts at £1249, since it doesn’t benefit from any cache whatsoever.

For this reason, I’d recommend specifying an SSD when you buy your iMac, but this will cost you £90 for a 256GB model and £270 for 512GB. That’s a significant outlay, but given how fast the SSD-powered quad-core 15-inch MacBook Pro laptops feel, an iMac with SSD should absolutely fly – and this is the one decision that will absolutely extend its useful lifespan.

The second upgrade is one I’d recommend for video editors in particular: more RAM. As standard, you get only 8GB of DDR4 memory. This will prove ample for most tasks, but high-resolution video projects will really benefit from 16GB – which will once again set you back a cool £180.

If you opt for the mid-range model at £1249, you’ll get a 2GB AMD Radeon Pro 555 GPU, which will be competent enough for basic 3D workloads and some light gaming. The top-spec model here ships with a 4GB Radeon Pro 560. Not only do you get bags of VRAM for larger 3D projects, it’s also fast enough to play a few games. Not at the screen’s native resolution, mind, but I had a fine old time playing Feral Interactive’s macOS port of F1 2016 at 1600 x 900 at Medium settings and anti-aliasing turned on at a very playable frame rate. 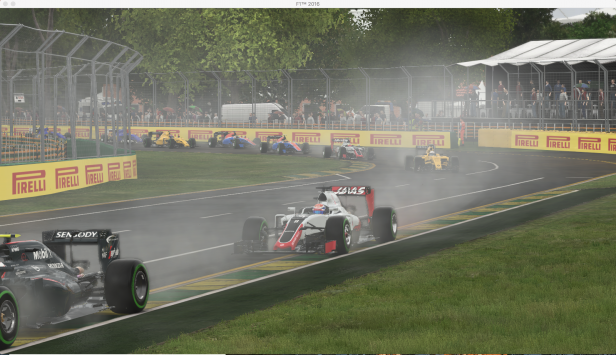 F1 2016 looks pretty good and runs smoothly on the iMac

I also fired up Civilization VI, and at Medium settings it was very playable. This game is known for being a processor killer; the built-in benchmark showed the iMac handling an AI turn every 23 seconds on average, which is exactly what you’d expect of a quad-core desktop.

Keep in mind that this won’t be the case with the dual-core, Full HD iMac, which only uses its processor’s onboard graphics and doesn’t have any dedicated video memory.

TrustedReviews’ only multi-platform benchmark, Geekbench 4, saw the iMac put in single- and multi-core score of 4789 and 14,054, which iswhere you’d expect it to be. I also tested its mettle in Adobe Premier CC, scrubbing through 4K and Full HD video with captions, without any significant performance problems. Rendering a video, the processor topped out at 3.6GHz – which is just slightly below the maximum Turbo Boost speed of 3.8GHz.

What blows me away about the iMac is how it manages this level of performance while remaining almost completely silent. With a patented fan design and some large heatsinks, even under the most extreme usage scenarios – including editing video, playing 3D games and even both at the same time – the iMac is effectively silent. If you put your ear up to it while it’s under load you’ll hear a faint whooshing, but for all intents and purposes, it’s the quietest fan-cooled all-in-one you can buy today.

Curiously, it is possible to upgrade the processor, memory and storage on the 2017 iMac. Courtesy of iFixit, if you really fancy putting your new purchase at risk to save several hundred pounds – which is tempting – you can actually equip your iMac with 32GB of DDR4 for less than Apple is charging. If you’re feeling particularly daring, you could even swap out the CPU for another compatible model – but I wouldn’t recommend it. 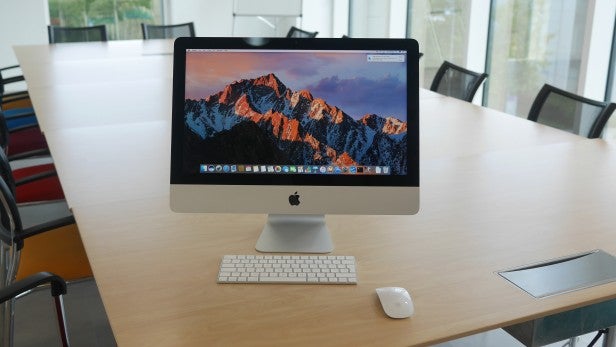 As far as Mac desktops go, the 21.5-inch iMac is a great piece of kit. It’s more expensive than advertised if you go opt for all the trimmings that I’d recommend – but, even then, up against the competition of all-in-one PCs we’ve reviewed in the past year, not much can touch it as an all-round package.

The machine that comes closest is the Lenovo Ideacentre AIO 910, which beats the iMac in a few areas including screen size, RAM, primary SSD and its ability to lie completely flat. But its processor and GPU are both slower, the peripherals aren’t great, and the screen isn’t as good in terms of colour coverage. And, of course, if you don’t like Windows it’s a non-starter.

You need to spend a bit more on it to make it perfect – but even as it comes, the iMac is a compact desktop powerhouse.