Choosing between the two 27-inch iMacs is tricky, but picking the right upgrades is arguably the more important bit.

Let’s start with the two base specs:

The differences between the two are quite subtle, but cheaper of two is quite limited in upgrade options: only RAM and storage is available to upgrade. The RAM is the only user upgradeable parts on the iMac, so there’s no point in paying the ‘Apple premium’ and 8GB should be enough for all but the most demanding users. We’d say the same about the processors for most people, too, though it’s worth upgrading for video work and heavier image work. 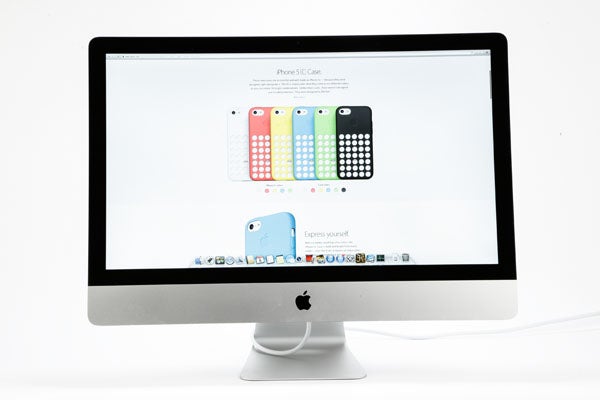 The key talking points are really the graphics and the storage. If you’re not too fussed about playing games, go straight for the cheapest version. It should play games decently, but you can forget native resolution at high settings and some games will challenge it even at Full HD. If you don’t mind making a few compromises it’s still competent, but if you want more eye-candy then you’ll need to spend more.

The storage argument is trickier and we can’t help but recommend you go for a Fusion Drive. The 1TB version is a £160 upgrade, but the improvement in general responsiveness and boot speeds makes it an investment worth making if you can afford it. An SSD is the single best upgrade you can make on any PC, and the Fusion Drive is a particularly neat implementation. You could go for a 256GB SSD for the same money, too, but the flexibility is better for most people.

As for the high-end version, the CPU upgrade option (to the 3.5GHz Core i7 in our review unit) isn’t worth it. It’s £190 and a very marginal upgrade. The main talking point is whether to upgrade the GPU. Again, it depends on how much you care about games. At £130, it’s a much better value upgrade than the CPU – particularly for the doubling of GDDR5 to 4GB – but we’d still take the Fusion Drive before it. 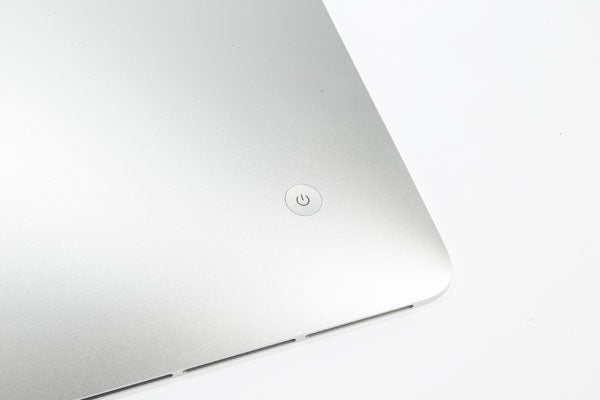 It never ceases to amaze how good the speakers on the iMacs are, and not much has changed in 2013. They’re still very decent for built-in speakers, producing a decent mid-range and impressive amount of oomph. Lots of people will find them more than ample for watching TV shows and music listening, though anyone with a more discerning/demanding ear will want some desktop ones anyway.

Like all previous iMacs, you can’t plug in your game consoles or Blu-ray players to use the screen alone. It’s understandable, albeit niche, desire, but if you’re in that niche then you’ll be disappointed. You can, however, plug in anything with a DisplayPort output to use the iMac’s screen. It’s also worth knowing that although the standard iMac can’t be wall mounted, Apple does sell VESA compatible iMacs at a small premium.

Finally, the only item we have serious complaint about with is the Facetime HD webcam. It’s limited to 1,280 x 720 resolution and the quality is rather underwhelming. It’s definitely worse than the equivalent on the recent iPhone 5S, which feels a tad incongruous in a computer costing upwards of £1,500. It’s not a deal breaker, but an upgrade is long overdue. 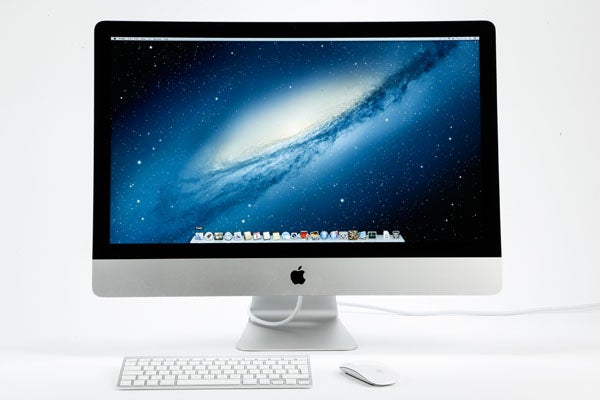 No matter your views on Apple and the price, the iMac 27-inch (2013) remains the best of its kind available. It’s an outstanding piece of kit that defines how an all-in-one PC should be. For that reason alone it earns our recommendation, even if the 2013 update is merely a very light spec update. It won’t trouble any 2012 iMac owners and anyone who didn’t feel compelled to upgrade last year won’t be persuaded much further unless they’ve had an unexpected windfall.

The only caveat we’d apply to this, particularly if the price looks to steep to accept, is to look at the refurb market. The performance gains between 2012 and 2013 version are small enough that you won’t sacrifice a huge amount of performance, provided you’re not too bothered about games at least, and the savings are very decent.

Apple still has this market more or less to itself, and it’s easy to see why. The 2013 iMac update is a small one, but nothing gets close to it. If you want a large-screen all-in-one PC, it’s your best bet.