Iiyama might not be the player in PC displays it once was, but that hasn’t stopped it from carving out an important niche for itself. It was, for instance, one of the first companies to release a sub-£300 24in monitor using a TN panel with its ProLite B2403WS – a sector that has boomed ever since. Now we’re looking at another rarity, a 22in monitor with a Full HD, 16:9, 1,920 x 1,080 resolution. We’re the very first to see it and it has to be said, we like what we see! 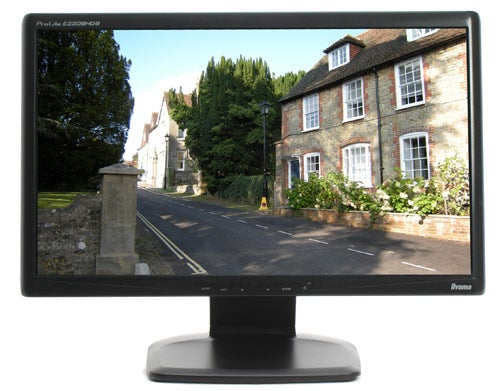 Why? Because being the tech zealots that we are, more resolution is always a good thing! Hell, give us 1,920 x 1,080 on a 12in laptop and we’d be delighted, even if it did mean using a magnifying glass to read the text. In all seriousness, however, the benefits of a higher resolution are very practical. More resolution means sharper imagery and more pertinently more desktop real-estate for all the modern applications that place ever increasing demands on that commodity. Thus, a 22in monitor that eschews the usual 1,680 x 1,050 resolution for something roomier, like 1,920 x 1,080, is something worth getting excited about.


Things only look better when you take a look at the price: £150. No, that isn’t a typo, the E2208HDS and its ‘Full HD’ resolution won’t set you back more than £150. In fact, it’s available for slightly less than this, the cheapest price we found being £144.74 inc. VAT and delivery. This makes it little more expensive than many entry-level 22in monitors with regular 1,680 x 1,050 panels, like the perfectly capable HANNspree Xm-S Verona W22 and even the highly adjustable BenQ G2200WT. 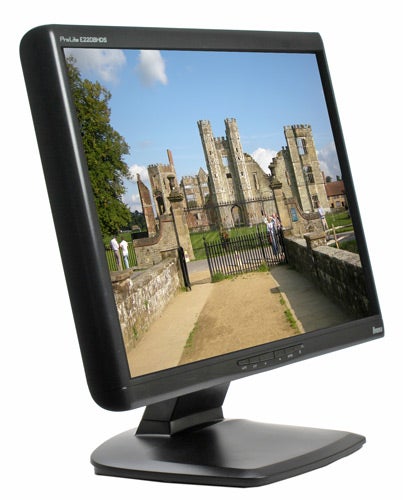 Predictably this low price does result in some compromises, primarily in design and adjustability. Aesthetically it looks solid and utilitarian thanks to an entirely matte black plastic finish, but this is no bad thing since, truth be told, we find many of the glossy finishes of modern monitors a bit annoying. Vitally, the screen bezel is nice and slim, aiding a relatively low profile appearance that should make having two side-by-side possible, even on a relatively small desk – an attractive idea given that this option would still cost you less than £300.


Adjustability, however, is as basic as it comes, with just tilt on offer – you don’t even get a swivel base. As ever this would be a desirable feature so it would be good if Iiyama decided to make a slightly more expensive version that included some height adjustment, since many may find the premium worthwhile. On the plus side, if you habitually mount your monitors on an adjustable arm (hello Mr. Stockbroker) then there is a VESA compliant mounting, plus the lack of other niceties means you’re not paying for a base you’ll throw away. 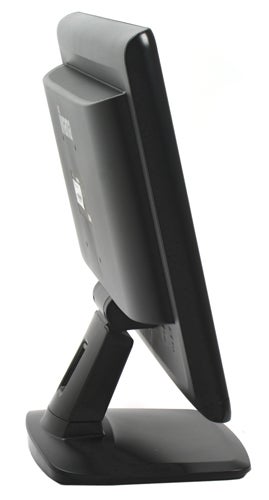 Likewise, this model comes with VGA and DVI but no HDMI, but Iiyama has already told us it’ll be releasing a triple input version in January that’ll include HDMI as well as, one would hope, a line-out to go with the included line-in input on this model. As you might have guessed from the line-in jack, the E2208HDS does have speakers. As ever they’re pretty abject, especially since they output from the back of the monitor, but they suffice for watching the occasional funny video in the office.

Given the low price we weren’t expecting stellar image quality and to an extent our experiences upheld this view, but if the E2208HDS lacks the fidelity of some efforts it’s by no means bad. There is, for instance, some backlight bleed from the edges but nothing drastically worse than most monitors, while likewise there’s a hint of banding but nothing terribly alarming. 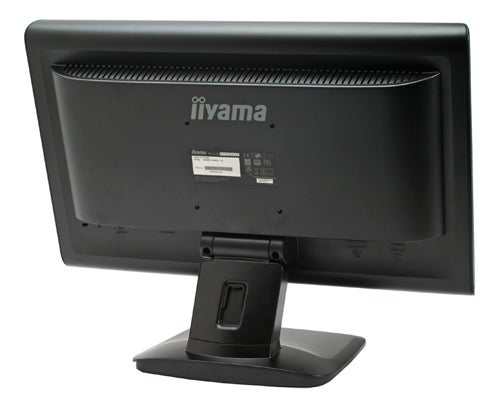 It’s the usual areas, such as the dark level detail, where this monitor performs to its price point. Dark shades of grey on a black background aren’t particularly well produced, fading to black while also exhibiting some brown/green contamination in subtle shades. These results are reflected in some fairly mediocre black levels in videos and while the native 1,000:1 contrast ratio can be boosted by a dynamic backlight there are limits to what can be achieved through such methods.


Still, this is no better or worse than a multitude of similarly priced monitors and colour production, though never particularly vibrant, is nonetheless competent. Transitions are largely positive and though you’d never want to use the E2208HDS for colour sensitive work (i.e. image editing) for gaming and video it’s perfectly acceptable. Viewing angles are similarly reasonable and Iiyama should be praised for offering up more realistic figures, namely 85 degrees horizontal, 85 degrees up and 75 degrees down. As ever there’s some colour and contrast shift, but it’s no worse than any monitor in the same price bracket.

Perhaps more pertinent to the E2208HDS, though, is its text production and here it’s faultless. White level purity and overall brightness is pretty decent, provided you use the correct settings, while text is razor sharp and easy to read all the way down to 6.8 point Arial font. This makes it ideal for reading long documents and spreadsheets and only the most short-sighted are likely to encounter problems.


If video and gaming is more your thing, this Iiyama also performs well without ever astounding. Being based on a TN panel response times are low, just 5ms grey-to-grey, so ghosting and input response are as good as you’re likely to get on an LCD display. Video is produced smoothly and high definition video is suitably sharp and detailed, though you’ll always need a larger screen to see the true benefits. It’s only the dark level detail that lets the display down in both regards, but for noticeably superior performance you need to be spending at least twice as much. Thus, for the resolution and the price, you can hardly complain. In fact, you should be rejoicing.


All told there’s little not to like about the ProLite E2208HDS. It might lack the image fidelity of more expensive offerings, but it isn’t more expensive and it also offers an obscenely high Full HD resolution on a 22in screen. For under £150 we can’t imagine finding more desktop real-estate and if you’re tight on space but don’t want to sacrifice productivity, it will fit the bill perfectly.