If you’re looking for an LCD that strikes the ideal balance between screen real estate and price, then you’ll typically want to consider a 22in one. While its typical 1,680 x 1,050 native resolution won’t let you display Full HD content without downscaling, it will let you play 720p material and offers great value for money. This is where the Iiyama ProLite E2207WS comes in; a new and affordable 22in model. 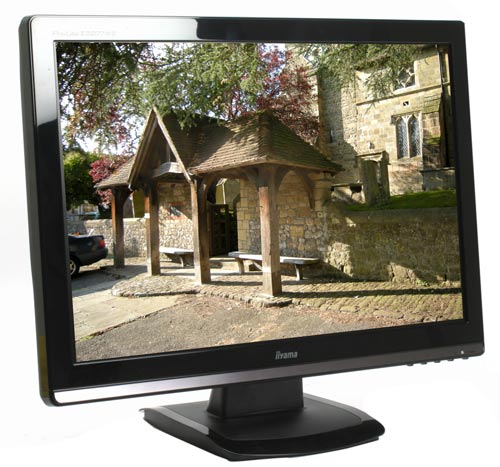 As is usual for Iiyama, you get all the cables the monitor can cope with, unlike some manufacturers that often omit the DVI cable on their budget displays. In this case, however, you get 3.5mm audio, power, VGA and DVI cables, which reflect the ProLite E2207WS’ connectivity options. Likewise, the manual is a cut above the crowd and includes an adjustment guide and every specification you need to know (apart from the actual panel type used).


In terms of design, the ProLite E2207WS is virtually identical to its larger cousin, the Iiyama ProLite E2607WS 26in monitor. In fact, the only obvious differences are that it lacks HDMI, and has a smaller, lower resolution panel.

Installation is very easy. The display comes in two parts – the screen and the stand – that click together with a minimum of fuss. There’s also a clip that fits into the back of the stand for gathering up the cables into a tidy bundle.


It comes as no surprise that adjustability is limited to tilt (in this case 20 degrees), which is unfortunate but common for monitors at this price point. However, with its G2200WT 22in monitor, BenQ has proven that a budget price doesn’t mean full adjustability has to be sacrificed. At least the E2207WS’ build quality is impeccable, with strong plastics and a solid feel. The stand also provides a very stable base, which is difficult to move accidentally. 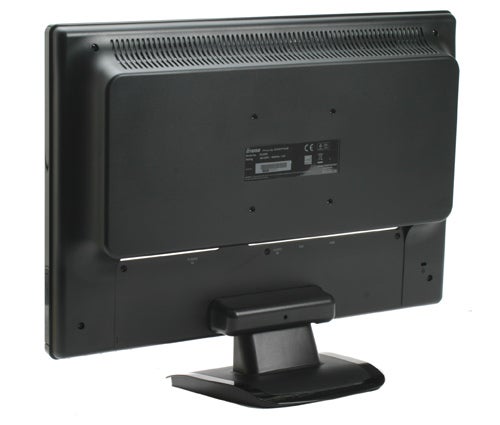 When it comes to looks there’s little to complain about. You get an attractive piano-black glossy bezel with only the Iiyama name and model number interrupting its clean lines – though you’ll wish a cleaning cloth had been included, since fingerprints and dust will soon make their presence known.


As usual with this class of screen, the lower part of the bezel is somewhat wider, but Iiyama has offset this with a narrow strip in a brushed metal finish. This two-tone effect is carried though to the stand where a glossy border surrounds an inner matte section, though I feel the monitor would have looked at least as good if the whole stand had been made shiny.

On the aforementioned strip resides the unobtrusive power LED, which glows in an attractive pale blue. Here, you’ll also find icons clearly identifying the menu buttons located along the bottom on the display’s right side.


These combine with the logical OSD to make the E2207WS intuitive to use and set up. The main buttons lie nicely under your four fingers, with menu/back (labelled ‘1’), down, up and enter/select (labelled ‘2’) allowing for simple one-handed operation.

The ‘1’ button calls up the menu and exits sub-menus and the ‘2’ button selects from the options on offer, although it doesn’t act as an input shortcut as we saw on the Iiyama ProLite E2607WS 26in monitor.


Meanwhile, the ‘Down’ button activates Aspect Mode, which switches the screen between widescreen and 4:3 aspect ratios. ‘Up’ gives you direct access to Contrast, Brightness, ACR (Adjustable Contrast Ratio) and ECO. Both reduce the brightness of the backlight, but ACR does so dynamically while ECO reduces it permanently.


Input Selection is not too far buried in the OSD, thankfully being the second option on the OSD, with Audio Adjust the third. However, there are some less intuitive options. Opticolor Mode, for example, is annoyingly concealed under Manual Image Adjust, even though it offers the Iiyama’s main image presets. These include Standard, Text, Cinema, Game and Scenery (which would have made more sense being called Photography), and selecting between these would surely have been a good use of the ‘2’ button. 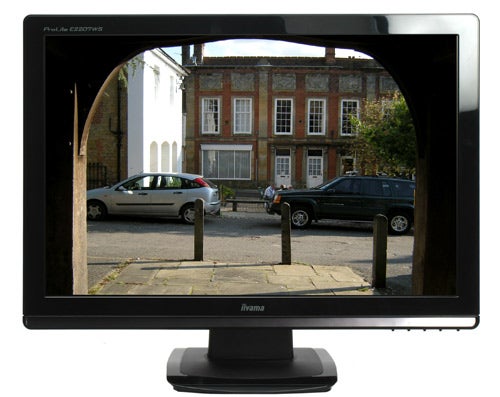 Enough with the controls, I hear you cry – what’s the image quality like? Refreshingly, Iiyama quote a contrast ratio of 1,000:1, rather than an overinflated marketing figure. And initially, the ProLite E2207WS seemed to live up to this, offering the kind of vibrancy you’re more likely to see from MVA panels, despite using a matte coating like many desktop monitors.


Unfortunately, this impression did not hold up to closer inspection. The E2207WS performed very poorly in our greyscale tests – in fact, it put in one of the worst recent performances I’ve seen from a 22in TN panel, with a large portion of the darker shades turning into a single black whole.


This is even worse in ‘Cinema’ mode, where the loss of detail in dark areas is simply unacceptable. There’s some backlight bleed along both the top and bottom of the panel, though not enough to be distracting. There’s also some slight banding and evidence of dithering, and the final fly in the ointment was a green stuck pixel near the centre of the display.

It’s not all bad news, however. There was a red tinge on darker tones, but this was easily corrected using the Colour Adjust option. Text was incredibly sharp – noticeably better than on many budget monitors, and despite some colour shift, viewing angles were very wide for a TN-based display. 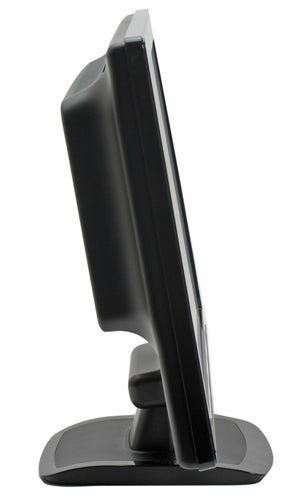 To sum up this screen’s visual quality, the ProLite E2207WS is great as an office monitor but doesn’t hold up well as a multi-purpose display. The two watt speakers also confirm this. Recently, I’ve been surprised that many monitor speakers have actually managed to be decent enough not to embarrass themselves, but the E2207WS’ set didn’t fare too well, with generally tinny reproduction and distortion at their maximum volume.


Finally, this 22in monitor’s energy use is worth noting in that it’s a very frugal 38W, which is also reflected by the E2207WS’ modest heat output. 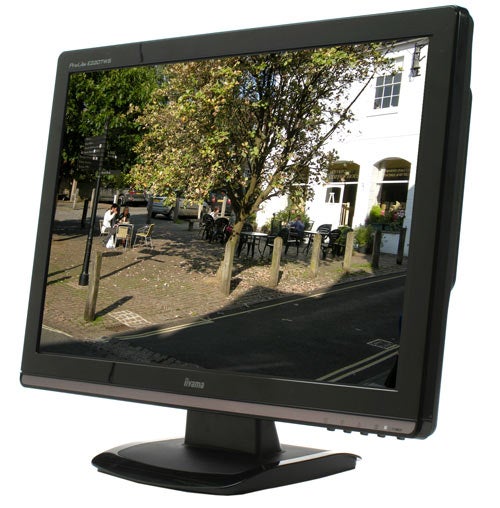 At around £150, the E2207WS is one of the cheaper 22in monitors you can buy, compared with its competition. But even the HANNspree Xm-S Verona W22 beats it for general image quality, and while this Iiyama generally makes for a good office display, the Recommended BenQ G2200WT 22in monitor is now available for a similar price.


Iiyama’s ProLite E2207WS is good as an office display, but unless you can’t afford the extra fiver for a DVI cable or really want high quality integrated speakers, the BenQ G2200WT beats it when it comes to image quality and full adjustability.