Neither cheap nor all that discreet, the iFi iDSD Diablo delivers an upgrade to your digital audio experience that’s way bigger and even less discreet than the product itself.

For almost a decade now, iFi has been in the business of making products such as smartphones and laptops sound like genuinely worthwhile audio devices. It isn’t easy to make a silk purse out of the sow’s ear that is the sound of most computers – but, with products such as the Zen DAC v2, iFi has demonstrated that desktop audio performance can be authentically impressive. Want to make working from home more tolerable? iFi has you covered.

With the iDSD Diablo, iFi has pulled out all the stops. But, given that it’s priced significantly, the iDSD Diablo needs to turn your digital audio player into the audiophile device of your dreams if it’s going to make a case for itself.

The iFi iDSD Diablo is on sale now, and in the UK can be yours for £899. US customers will have to fork out $999, while in Australia listeners are looking at AU$1449 or so.

It’s an interesting price point, if for no other reason than there isn’t much direct competition. Chord Electronics (one of the acknowledged front-runners for such equipment) has the more affordable Mojo and the pricier Qutest (although, admittedly, the latter is purely a DAC with no headphone amplification).

Basically, iFi would seem to have the field clear – with most other DAC/headphone amp rivals tending to be a lot more affordable or far more expensive.

It all depends on what you mean by ‘portable’, of course. At 166 x 72 x 25mm (WDH) and 330g, there’s no doubt the iDSD Diablo is no burden to pick up and carry around. But it’s considerably bigger and heavier than even the biggest, heaviest smartphones, which means it isn’t really a candidate for the inside pocket of your jacket. Given that it provides a ‘manbag’-sized carrying case, it seems iFi acknowledges as much.

Mind you, given the thoroughness with which it’s screwed together and finished, it’s surprising it weighs ‘only’ 330g. There’s a robustness to the Diablo that’s deeply reassuring, and the fact that only the volume control stands proud of the neatly curved casework adds to the impression of self-contained solidity.

Really, it’s only the typeface iFi has selected to write ‘iDSD DIABLO’ on the casework that lets the side down. It’s too informal and too low-rent for a product of this sort – it’s as if Bentley had used Comic Sans to write its name on the back of its most expensive car.

As both the price and iFi’s reputation might suggest, the iDSD Diablo is exhaustively specified. It doesn’t tick absolutely every box where functionality is concerned, but you’d have to be picky in the extreme to find it lacking in any meaningful respect.

On the inside, the Diablo is very serious indeed. The DAC section comprises a pair of fettled Burr-Brown chips augmented by a new, memory-rich 16-core XMOS chip. This gives the iFi compatibility with any and every worthwhile digital audio standard. PCM 32-bit to 768kHz, octa-speed DSD512, double-speed DXD768, MQA… you name it, the iFi can handle it.

Power is equally serious – a maximum of almost 5000mW at a 32-ohm headphone load is considerable. And iFi has taken equal care with the more esoteric aspects of specification, deploying some fearsomely complex componentry that centres around a more effective variation on the fairly common ‘negative feedback’ design and minimal circuit paths. It’s also specified components from Texas Instruments, Panasonic and others at critical junctures to ensure the iDSD Diablo performs to its absolute maximum.

On the outside, things are similarly thorough. The rear panel is where you’ll find a couple of inputs: a USB-A (rather weirdly a male connection, meaning you’ll almost certainly need to use the USB connection provided in the packaging to connect to your computer’s USB output) and a hybrid SPDIF/optical 3.5mm socket.

There’s also a USB-C input for charging the battery (the amount of time the Diablo will run for on a single charge of its 4800mAh lithium polymer battery depends entirely on how power-hungry your headphones are) and a balanced 4.4mm output for connection to an amplifier.

On the front there’s that volume control, a 6.3mm unbalanced output and another 4.4mm balanced output (for use with headphones this time). There’s an LED that illuminates in one of seven different colours, depending on the file type and size the Diablo is dealing with. And then there’s a ‘mode’ switch, which is basically a gain control – positions marked ‘eco’, ‘normal’ and ‘turbo’ tell you everything you need to know.

Really, the only omission from what is a pretty comprehensive feature set is wireless connectivity. Some iFi DACs feature Bluetooth, but the company has decided the iDSD Diablo is all about purity of purpose – that’s why there’s no facility to fiddle with the sonic signature of this DAC either.

iFi hasn’t scrimped on the accessories. Inside the aforementioned carry-case there’s that rather eccentric USB cable you’ll need to connect the Diablo to a computer, a 4.4mm-to-dual-XLR cable for use with an appropriate amplifier, a mains plug with adapter to drive the USB-C input, a 6.3mm-to-3.5mm adapter, and a USB-A -to- USB-C cable too. iFi has also been generous enough to bundle its iPurifier 3 – this chunky little box reduces jitter and noise from a computer’s USB output.

Gallingly, though, it terminates in a USB-B connection – and hands up anyone who has a piece of equipment using USB-B that isn’t a printer? So to reap the undoubted benefits of the iPurifier 3, the connection sequence from your computer’s USB output will read: USB-A to USB-B cable, iPurifier 3, USB-A to USB-A (male), iDSD Diablo. Which, we can all agree, is neither the last word in elegance nor in brevity.

With the connection to an Apple MacBook Air made via USB-A to USB-A at one end, and a variety of headphones (mostly, but not only, Bang & Olufsen’s Beoplay HX over-ears and Sennheiser’s IE900 in-ear monitors) at the other, it’s business time.

Music comes from a variety of streaming services, as well as some particularly high-resolution stuff on SanDisk network-attached storage. And without wanting to get to the money shot straight away, there are no circumstances in which the iFi-assisted sound of the MacBook Air doesn’t thoroughly wipe the floor with the sound of the computer alone. In fact, ‘wipe the floor’ is too weak a description of the difference the iDSD Diablo makes.

For example: with a 24bit/192kHz file of Marvin Gaye’s Right On, there isn’t an aspect of music reproduction that isn’t significantly improved by the introduction of the Diablo. Perhaps most initially striking is the remarkable speed and control of its transient response – the attack and decay of individual sounds is absolutely razor-sharp. But not in an unnatural or edgy way, just in a more inherently convincing way. The Diablo is a rapid listen, but never sounds remotely forced.

It’s a similar story where dynamic headroom is concerned. The iFi seems to have no limit to the amount of distance it can put between ‘very quiet’ and ‘extremely loud’, which makes a listen to a full-size symphony orchestra a far more visceral experience than it otherwise would be.

And then there’s straightforward tonality. There’s no facility to alter the Diablo’s sound, don’t forget; you get what you’re given. And ‘what you’re given’ turns out to be an utterly convincing, natural tonality that sounds immediately and intrinsically correct.

From the (gratifyingly deep) bottom of the frequency range to the (startlingly extended) top, the iFi sounds natural, believable and, well, flat-out musical. The sound of an instrument being played isn’t always easy to distinguish from the sound that action produces, but the Diablo has no trouble making the divergence obvious.

A lot of that is down to the plentiful detail that the iDSD Diablo is capable of extracting from a recording – very few pieces of audio equipment can elicit a ‘I never heard that before!’ from a listener; but the iFi does it routinely. It isn’t analytical in the way it goes about serving up all this information – but when you listen to Kris Kristofferson’s Jesus Was a Capricorn and realise there are more than two voices harmonising with him during the choruses, it’s hard not to be impressed.

No matter what you choose to play, in fact, the Diablo doesn’t change its attitude one iota. It’s a clean, well-organised listen and generates a large yet unified soundstage. It doesn’t emphasise any particular part of the frequency range, and it doesn’t understate it either.

And even when it’s asked to deal with the ruffness of The Bug’s Poison Dart, it doesn’t turn its nose up; it rolls up its sleeves and piles in. Yet even as it’s delivering the fat, grimy low-end, the malevolent vocal in the mid-range and the rattling, hissing high frequencies with all of their latent menace, it’s controlled and – yes – musical.

You want an audiophile experience at your workstation As long as your headphones are similarly talented, the iFi iDSD Diablo can turn even the most humble laptop into a accomplished source of music.

You like to keep your desk neat and tidy The product itself is relatively chunky – and once you’ve plugged in the necessary connections (at both ends), you’ve probably doubled the amount of desktop space you’re occupying.

This is a niche product, no mistake. But as a demonstration of what can be achieved when no apparent constraints are placed on the development of a product, the iFi iDSD Diablo is a mighty achievement.

We test every DAC we review thoroughly. We use industry standard tests to compare features properly and we use the tablet as our main device over the review period. We’ll always tell you what we find and we never, ever, accept money to review a product. 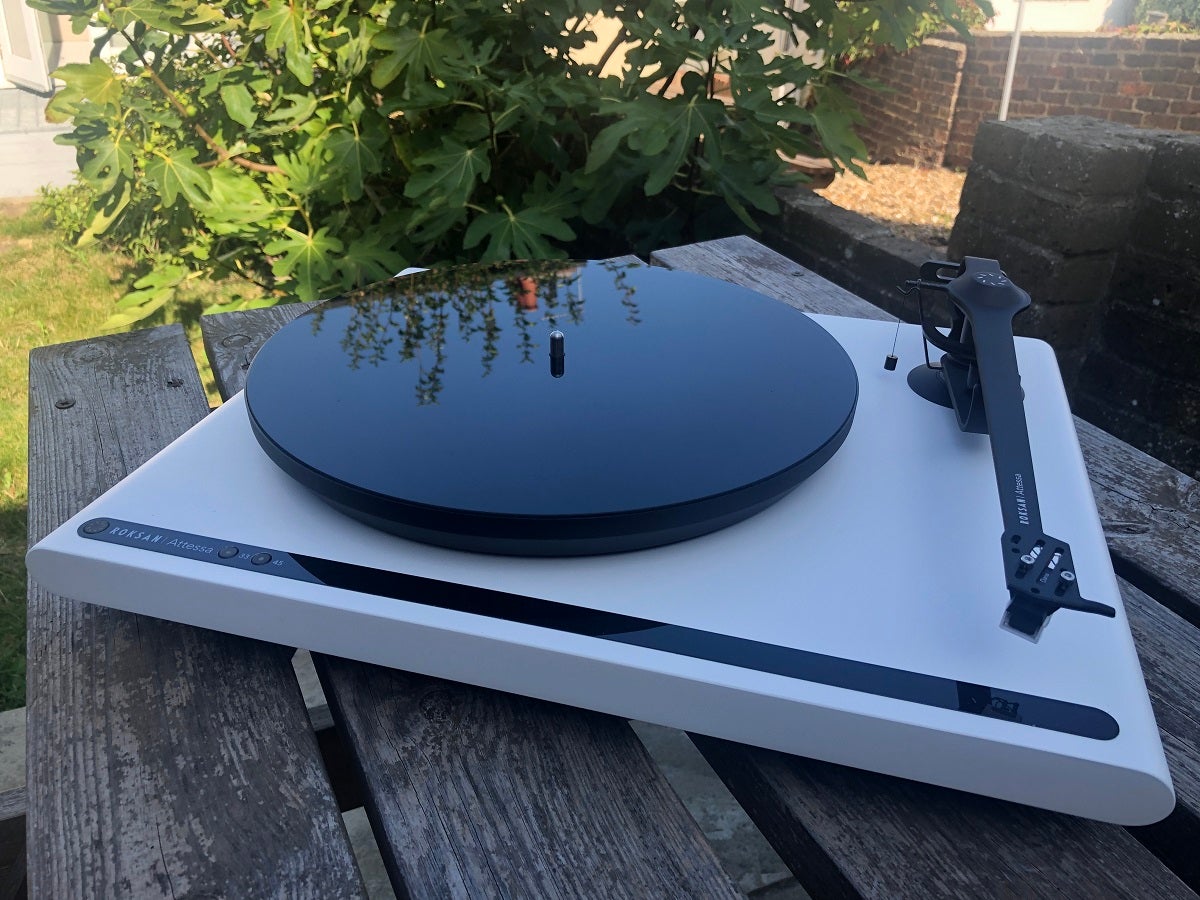 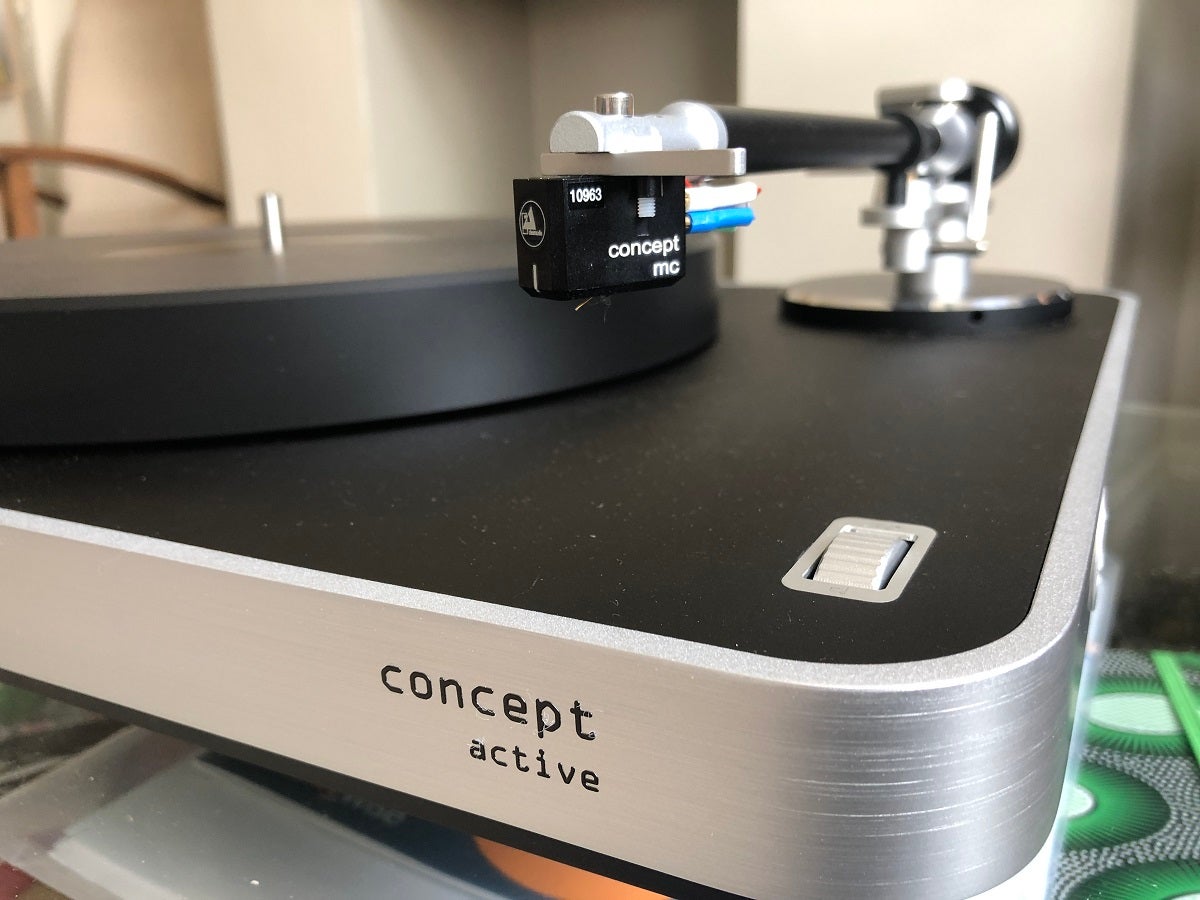 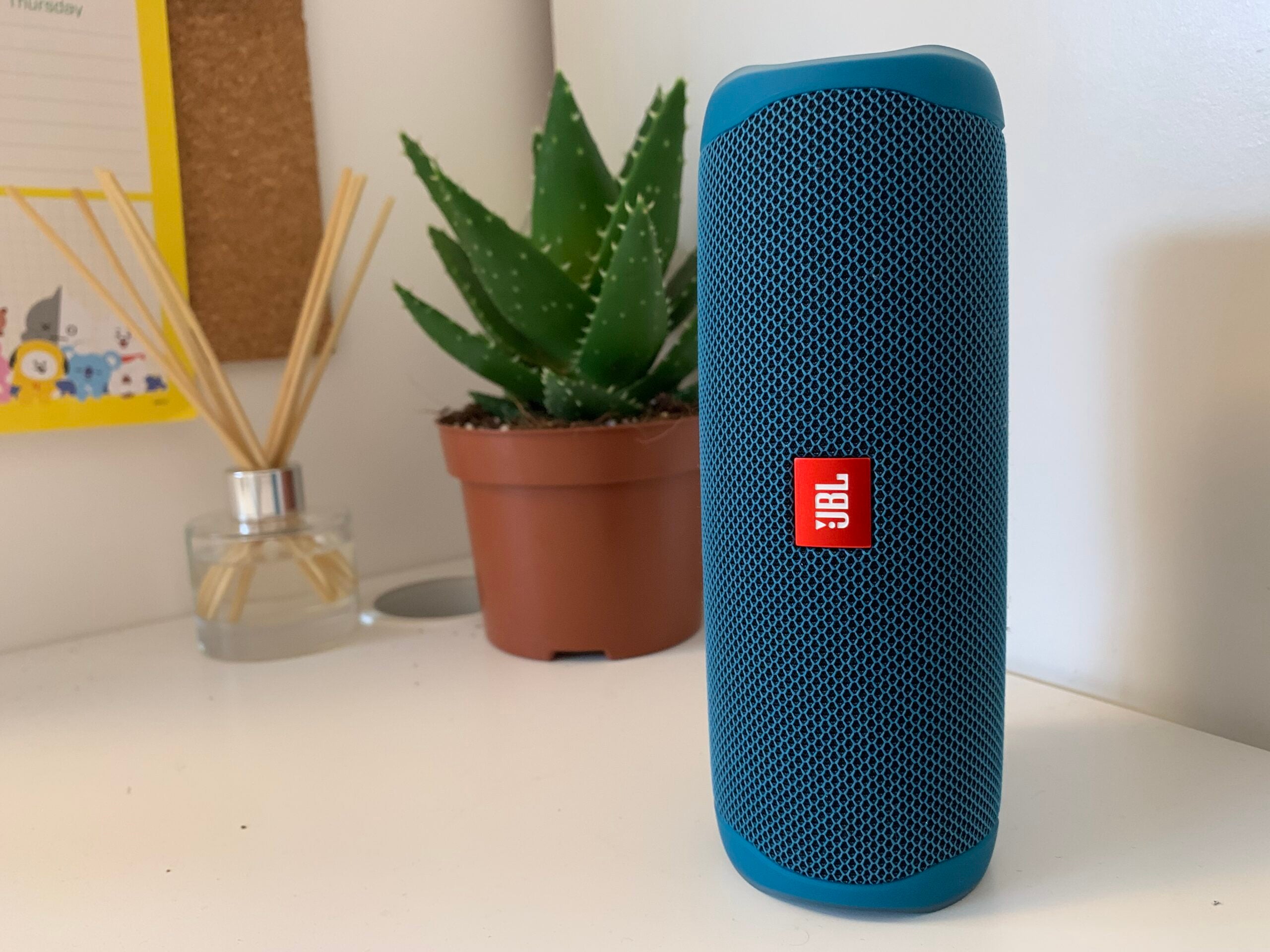 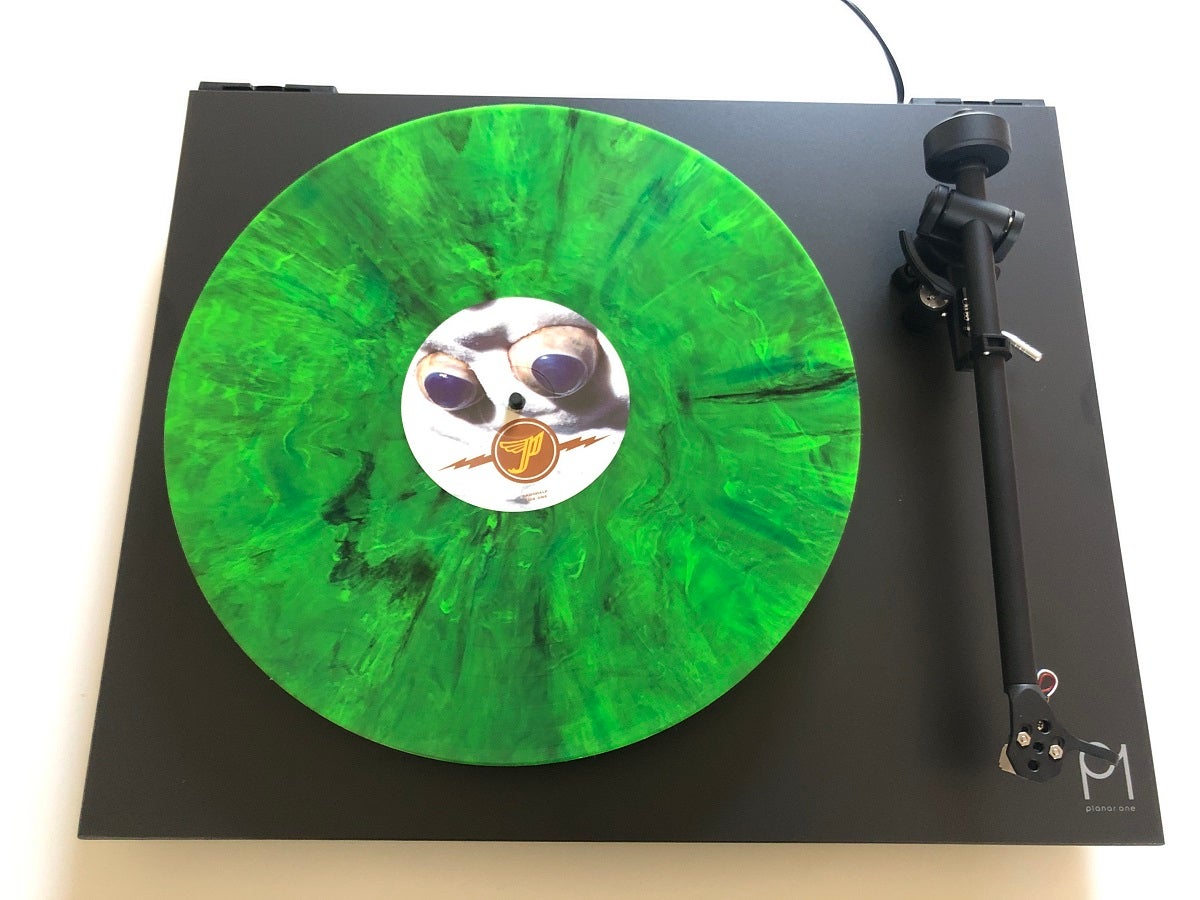 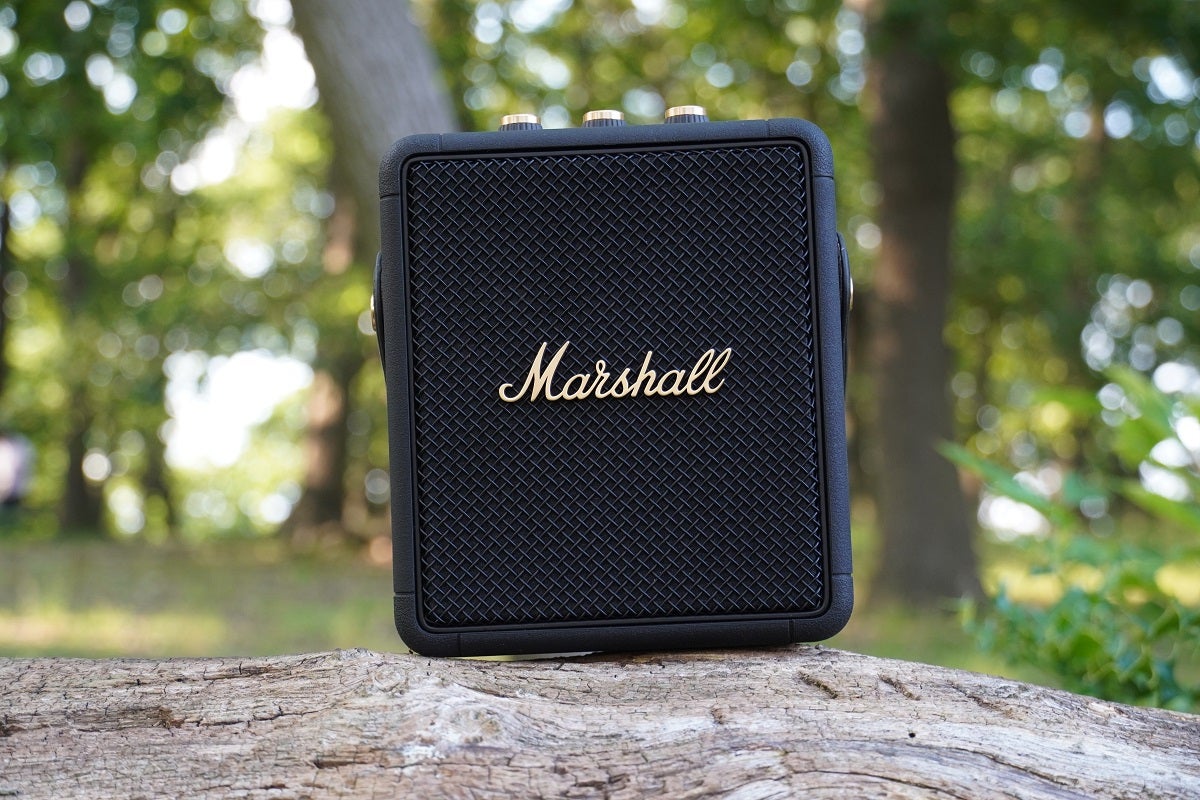 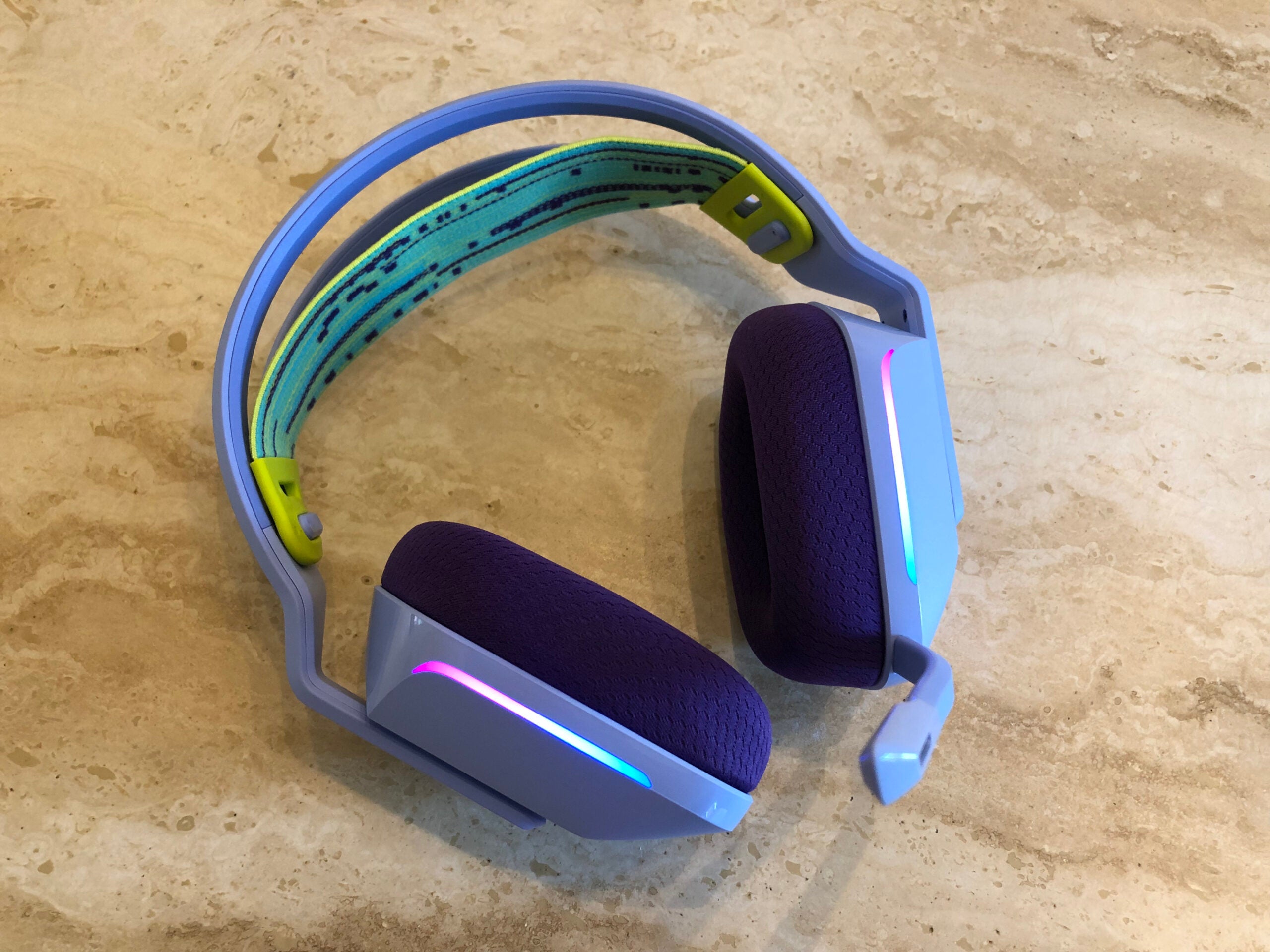 Yes, it can decode MQA files.

Can I charge the iFi iDSD Diablo an listen at the same time?

Yes, but iFi recommends for the best performance to not charge it at the same time.