In this business I come across many different types of products – some of them are functional, some are revolutionary and some are just dull and utilitarian. But once in a while something lands on my desk that is just so damn cool that I can’t help but want it, whether I need it or not.


One of those super-cool products is sitting in front of me right now, and there isn’t a single member of the TrustedReviews team that hasn’t expressed a desire, nay, a need for one of these babies. The i-Tech Bluetooth Virtual Keyboard is one of those devices that you may have imagined was still in the realms of science fiction, but it’s real, it’s here and it works. 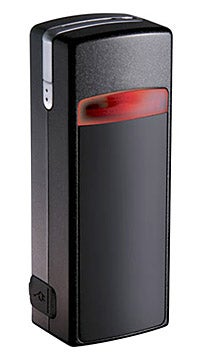 Unlike any other keyboard, the i-Tech doesn’t actually have any keys. In fact it doesn’t resemble a keyboard in any way – instead looking like a prop from 2001 A Space Odyssey. But thankfully, you’re not going to find homicidal apes bashing each other to death around the i-Tech.


Looking like an extra terrestrial black monolith may be part of what makes the i-Tech cool, but it’s actually the functionality that’s the really cool part. Stand the i-Tech on a desk/table/any flat surface and press the button on the side – instantly the image of a keyboard will be thrown onto the surface in front of it. Press the button again and the keyboard disappears – magic! 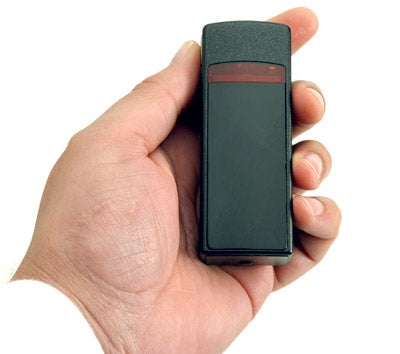 Of course just having a keyboard projected onto your desk isn’t much use unless you have some kind of device connected to it. Here i-Tech has pulled the stops out and gone for a Bluetooth connection method, allowing the keyboard to be connected to a multitude of devices, without the shackles of any wires.


There’s a list of compatible devices on the i-Tech website here. Here you’ll find that the keyboard is compatible with Windows 2000 and Windows XP if you’ve got a Bluetooth dongle of course. There’s also a list of Pocket PC, Palm and Smartphone devices that are also compatible. 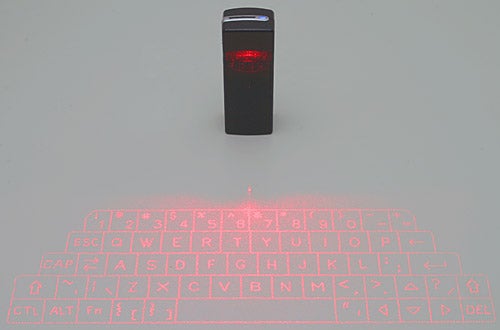 I decided to test the keyboard with a couple of devices that aren’t on the compatibility list – an Orange SPV C500 and a Fujitsu-Siemens Pocket Loox 720. Although loading the driver and configuring it is definitely a pain, once correctly setup the i-Tech worked perfectly with both my test beds – so don’t despair if your PDA or phone isn’t on the list.


Once the i-Tech keyboard is connected up to your device of choice via Bluetooth, it’s just a case of opening a text editor application (such as Word) and tapping away at your desk. Typing on the i-Tech is a bit tricky at first, and you’ll probably find yourself making quite a few mistakes at first.

The biggest issue is that there’s obviously no key travel, since there aren’t actually any keys. There is a reassuring click, every time a key press is registered to give you some piece of mind when typing.


Although there is definitely a learning curve with the i-Tech, once you get used to it, you can achieve a decent typing rate. Also, it’s worth remembering that this isn’t supposed to be a replacement for a conventional keyboard, instead it’s a pocket size keyboard for devices that don’t have simple text input methods. Anyone who has tried to compose long emails on a PDA or smartphone will know exactly what I’m talking about, and will be able to appreciate the convenience offered by the i-Tech. 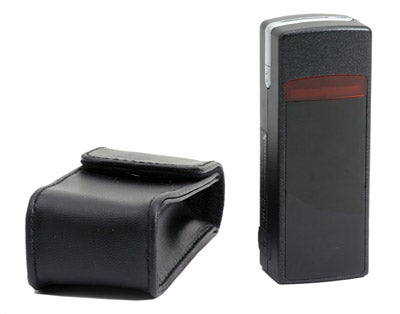 Of course the other big advantage with the virtual keyboard is that I can almost guarantee that wherever and whenever you take it out of your bag, people around you will just stop and stare – ideal for showing off in the executive departure lounge.


With dimensions of 90 x 34 x 24mm (LxWxD) and a weight of only 80g, it won’t be too much of a chore to carry the virtual keyboard around with you. There’s even a protective carry case supplied in the box, to make sure that you don’t scratch or bash the i-Tech while you’re transporting it. Also in the box you’ll find a power supply to charge the integrated battery, and a driver CD.


Talking of battery life, the quoted usage time is two hours of continued typing. Strangely, that’s the same quote as the wired version of the virtual keyboard – considering the extra power drain from the Bluetooth transmitter I would expect a difference between the two battery times. In use I found that I got between an hour and a half and an hour and three quarters of continuous use. 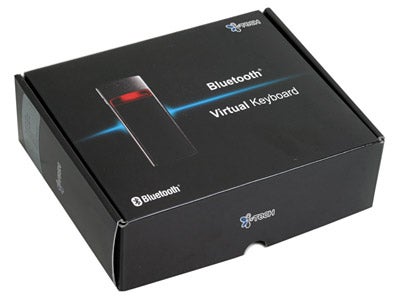 There’s no denying that the i-Tech Bluetooth Virtual Keyboard is an incredibly cool product, but as is often the case with cool products, you’re going to have to pay a high price. The review sample was supplied to us by Virtual-Laser-Keyboards.com and although it’s a US based company, it does ship world wide. Taking shipping into account the Bluetooth Virtual Keyboard will set you back £125.44, although it’s worth remembering that you might get stung for VAT by UK customs.


If you can swallow the high price, the Virtual Keyboard is a great gadget to pair up with your smartphone or PDA, but it’s not going to keep you typing all day.


I can’t help but love the i-Tech Bluetooth Virtual Keyboard, and I’m almost tempted to gloss over the high price or limited battery life. Ultimately though, battery life and price are real world issues, and can’t be ignored. But if you’ve got deep pockets, don’t need long battery life and want the coolest input device on the planet, this is the product for you.