Perhaps the most impressive aspect to the I’m Watch is its responsiveness. It won’t match your handset, but for a device with just an IMX223 (454MHz, single-core, ARM9) processor and 128MB RAM there is little lag during navigation. The Droid 2 UI is also intuitive with finger friendly icons, a top down notification centre like iOS and Android and customisable spaces for three ‘quick apps’ on the homescreen along side the time and date. We would like to be able to reorganise its main page of apps though and this is locked in place.

Unfortunately while up to now most aspects to the I’m Watch are positive, from here it is downhill. The biggest problem is the Bluetooth connection which on both Android and iOS struggles to connect and drops arbitrarily. There are also no push notifications just a 15 minute sync cycle which cannot be manually triggered. This means waiting for any changes to be applied or newly selected apps to start downloading. This is also the most frequently emails can be checked and social media updated. 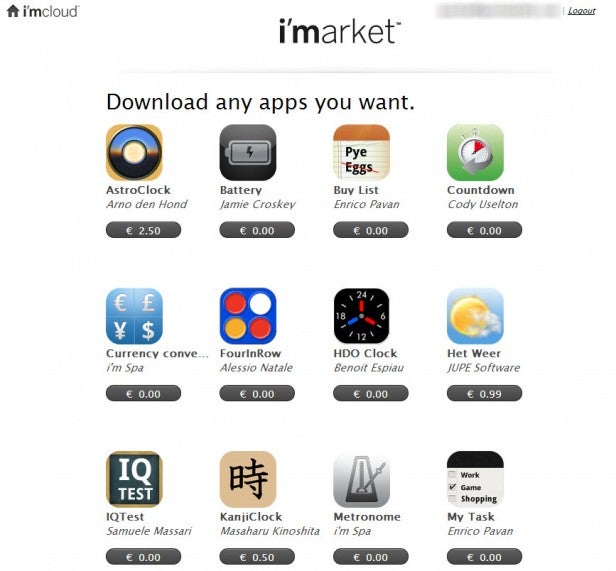 What compounds the issue though is many of the apps are either ill thought out, extremely limited or simply do not work. Take the Facebook app, for example, it will show a seemingly random selection of direct messages, comments and likes while images and the main news feed do not show up. Twitter similarly will only show the last 20 tweets and links and images do not work.

Yes third parties are responsible here and we’re sure updates will come, but stock I’m Watch applications are equally flaky. Notably the company’s €9.99 per annum I’m Music service turns up a maximum of four results per search using the I’m Cloud portal and the only options are to download all or none. I’m Watch also doesn’t support video playback of any kind (which is probably a sensible ommission in fairness), though you can drag and drop MP3s to its healthy 4GB of storage and playback is surprisingly good through the loudspeaker and headphones. 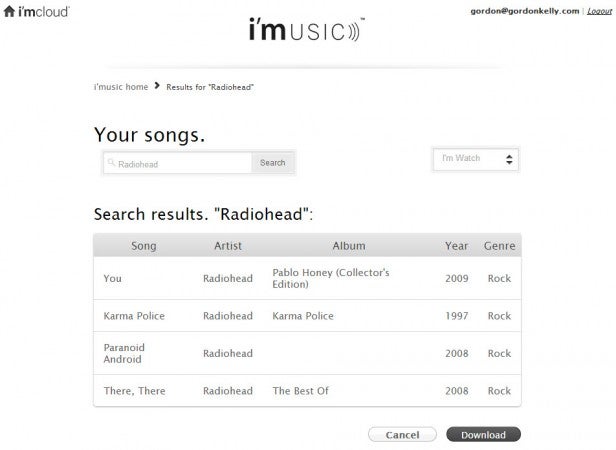 These upsides are quickly countered, however, by excruciatingly poor call quality and battery life. The former enables you to route incoming phone calls to your phone and output them through the I’m Watch speaker, but while decent for music even when held up to your ear callers are barely distinguishable. As for battery life, with moderate use, we got less than a day out of the I’m Watch’s 450mAh battery. When combined with the extra charge you’ll need to give your phone as well that’s a lot of extra hassle, especially considering the I’m Watch uses a proprietary connector you will need to carry around.

The nail in the coffin for the I’m Watch is cost. The £299 RPP makes this accessory as much as some of the smartphones it aims to pair with. It also indicates the most important split between the smartwatch categories with the thin client Pebble and MetaWatch merely displaying handset notifications, but resulting in much longer battery life and circa £100 price tags. Given notifications are arguably all a wrist watch screen is good for right now that is where our money would be. 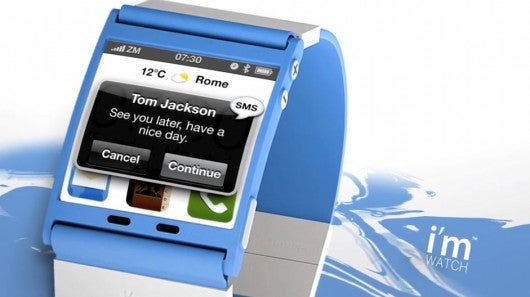 The I’m Watch is a fascinating example of what could have been. Both the design and main interface are smart, but low grade apps, slow sync cycles and weak battery life waste this good work. We think the I’m Watch can improve with significant software updates, but as it stands it merely vindicates the simpler approach taken by the likes of MetaWatch and Pebble.