Apple or Android, Windows Phone or BlackBerry isn’t likely to be your only major phone related decision this year: ‘smart watch’ or ‘smartwatch’ looks set to be another. This naming differential isn’t officially in place but, with largely independent smartwatches and normal watches which simply relay smartphone notifications set to be big in 2013, it really should. And making a case for the former is I’m Watch.

First demoed at CES 2012, I’m Watch made its proper debut at CES 2013 (see our preview in the tab above). It claims to be a fully functioning Android-based mobile device on its own with touchscreen display and apps. It also has the ability to connect to an Android handset or iPhone to take calls and certainly makes a striking first impression. 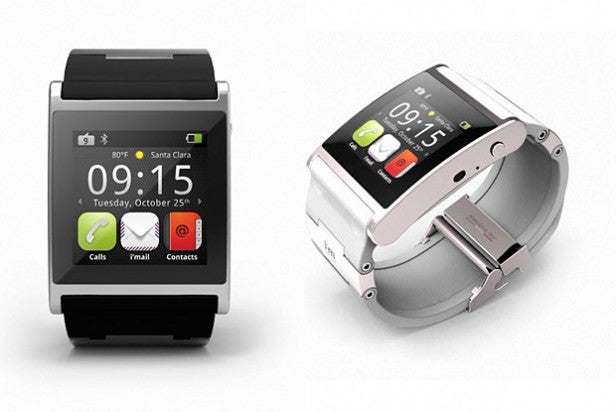 The heavy set metal design is straight out of a Dick Tracy comic. It is curved to fit the wrist and front and centre is a 1.54in LCD display with a 240 x 240 pixel resolution for a reasonably sharp 220ppi. It won’t match the best smartphones, but it is clear and colours are bright. On the right side is a back button (a double press acts as a home button) and mic while the left side has a speaker and 3.5mm jack which surprisingly also doubles up as the power jack. The thick rubber strap is durable too with a metal coupling that suggests it won’t fall apart any time soon. In fact the watch as a whole has a chunky charm about it that catches the eye.

Of course what also catches the eye is the size of the I’m Watch. At 80g it isn’t as heavy as it looks, but with the watch face itself coming in at 52.9 x 40.6 x 10mm it is on par with the largest sports watches and the thickness in particular can be problematic to shirt cuffs. In practice we found the this bulk made the watch a little strange to wear at first, but we fast got used to it and while it isn’t waterproof we had no reservations wearing it to the gym. 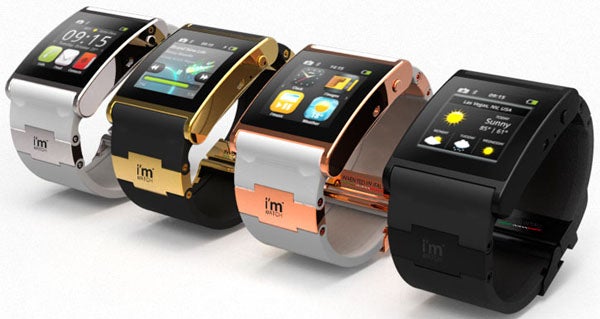 Unlike current hot products such as the Pebble and MetaWatch, I’m Watch is far from a thin client. It runs a heavily customised version of Android dubbed ‘Droid 2’ and comes with its own selection of apps including Facebook, Twitter and Instagram clients as well as staples like stocks, weather and news. The majority of these are free but third party apps can currently cost up to €2.50.

Interestingly all apps are selected and configured on the I’m Watch website using its ‘I’m Cloud’ portal, which you also use to register the device. The site is well designed, clearly laid out and has a finger friendly mobile version, but we can’t help thinking it would be easier to have a local Android and iOS app – especially as the website requires you to login with your username and password each time. 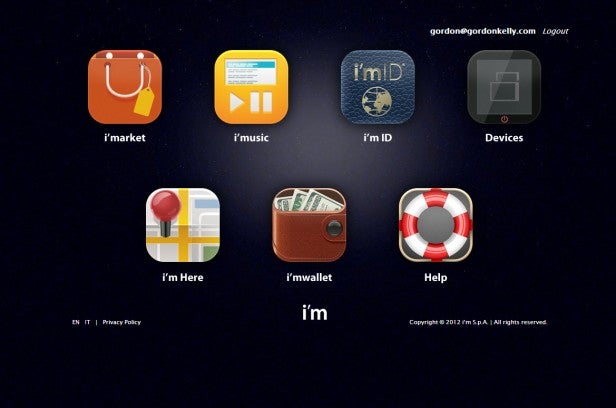 Furthermore the I’m Watch isn’t quite as independent as it first appears, requiring a Bluetooth connection to your handset to apply settings changes, install app downloads and access the Internet. This is a slight drain on your phone’s battery life, but more to the point the lack of an app means content is not simply downloaded to the phone and passed to the watch. Instead it must access the Internet directly and this requires setting up Bluetooth tethering. In the iPhone’s case you have to permanently run a personal hotspot to achieve this which does have a significant impact on battery life. We found you can typically expect a 30 per cent hit, so you’ll need to recharge before the end of the day.