On paper, I Am Bread looks like hipster suckerbait.

Head over to its Steam Page and you are instantly regaled with a blurb describing an “epic story of a slice of bread’s journey to become toast”. Toss out the requisite sheckles and you’ll discover the developers weren’t lying: the main objective in the levels in I Am Bread is to guide an erstwhile slice of bread across a series of surfaces towards – and eventually into – a toaster. Between its ludicrous premise and light-hearted soundtrack, the whole game smacks of the same sort of “it’s-so-twee-it’s-brilliant-innit?” appeal of a crimp-off on The Mighty Boosh. 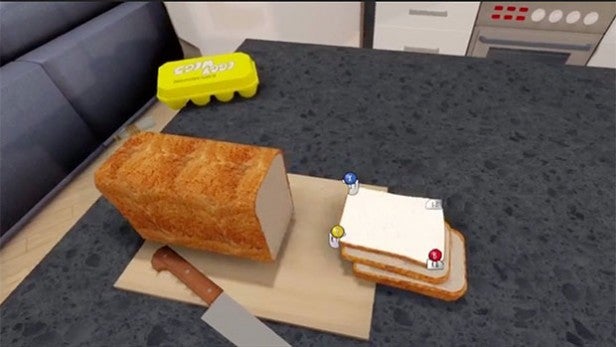 Players who paid for, and were subsequently disappointed by, Goat Simulator will be familiar with this sentiment. But they should hold off on turning their nose up at I Am Bread, because (shock/horror!) it’s actually quite a good game. Yes, it has its issues and the whole premise may be enough to put off players who need an adrenaline shot from all of their entertainment, but if you’re into the idea of a silly yet rather challenging physics-based puzzle game, I Am Bread is actually a rather smart purchase.

Developed by Bossa, the studio behind the equally silly – and rather entertaining – Surgeon Simulator, I Am Bread tasks players with manoeuvring a slice of bread around a series of rooms towards a toaster through the use of a rather dodgy physics engine. Players can shuffle the slice across a surface by simply clicking on it and shifting their mouse, or they can hold down a couple of keys and flip the bread slice end-over-end like it’s a rather floppy slinky spring. The only rule here is that the bread can’t touch the floor. If it does, the player is given a brief countdown before the game rules the bread is inedible and then they have to start the level again. Any other surface, however, is open terrain. 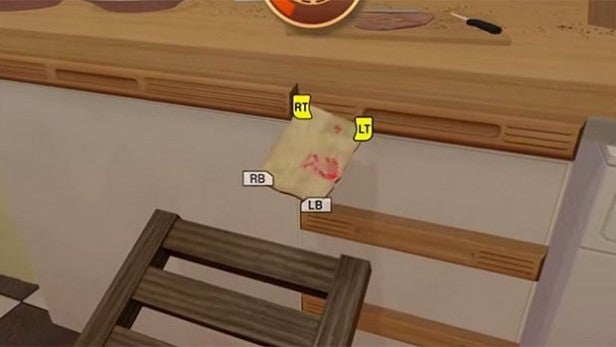 There are other obstacles to watch out for – such as toe-nail clippings, fishbones and bugs – that deplete the bread’s edibility over time. Generally, though, players can plough on through or over any obstacles they find in their wheat-based mate’s path. Each level gives the player a timer – this isn’t a countdown, rather, it’s a way to rate how deft they are at handling their slice’s journey to the toaster – and the sound advice here is to ignore it until you become familiar with the game’s mechanics. They do take a bit of getting used to.

The bread slice is a remarkable creature. It’s able to use momentum to knock over chairs, open cupboards and even take the odd skateboard for a ride. Riding up the side of vertical surfaces isn’t a given, incidentally; players need to keep an eye on the ‘Grip Meter’ because once that depletes, their slice of bread will plummet earthward. The game’s controls are incredibly fiddly on a PC (we and the game recommends a gamepad); number keys are assigned to the corners of the bread slice, while the mouse button handles the momentum. The key to success here is based around using the weight of the bread to create a path between the level’s starting and end points without it becoming too grotty by the end.

If you’re prepared to persevere, and you find the way forward is still stymied, don’t fret; I Am Bread offers you a pot of Magic Marmalade that gifts you infinite Grip and landing on the floor (or bugs or toenails) doesn’t adversely affect your progression in the slightest. 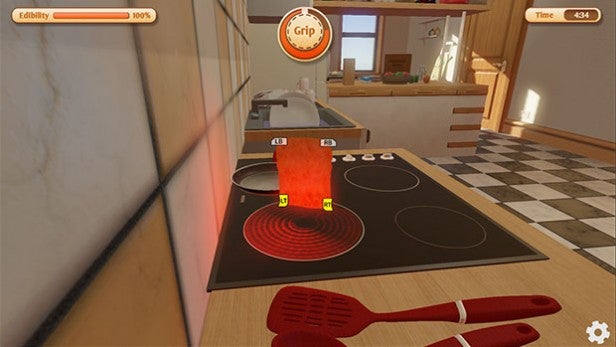 I Am Bread is a lot harder than it sounds. First off, while one would hold off on calling them deliberately lame, the mechanics are – along with the rest of the game – quite bug-ridden. On the odd occasion, players will see their bread slice quiver, spin out of control, or just land in a spot they weren’t aiming for.

Second, if you think that navigating the different levels is hard – and it is – then wait until you actually reach your objective across the other side of the room: the toaster. Sliding your bread slice into one of its pencil-thin slots is something of a war of attrition and if you visit YouTube right now and punch in the title of this game, you can have a good laugh at a ton of gamers suffering through experience. 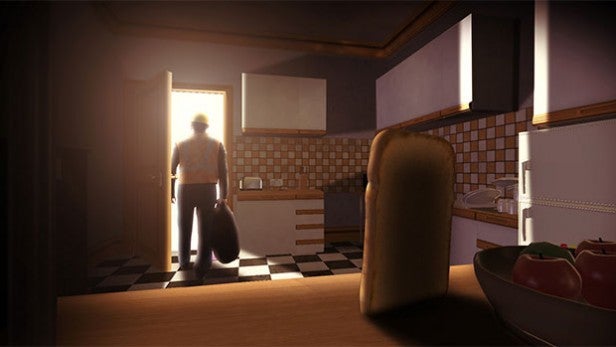 Beyond the main story – which has a darker denouement than any game like this has any right to – I Am Bread offers a couple of Bakery-themed extra modes. In Rampage, players use a Baguette to smash as many things at they can. Bagel Race is a time-based course in which players have to pilot a bagel through a series of checkpoints. In Cheese Hunt players hunt pieces of fermented curd as a cracker and Zero G has players guiding bread through space towards a toaster through a series of obstacles.  Finally, there’s Free Roam, which does pretty much what it says on the tine.

Verdict
So the appeal of I Am Bread is down to how much of a desire you have to laugh at your own efforts – especially since the game grades your progress through every level (and it’s tough to grade higher than a ‘D’). If that’s your speed, you’ll have a ball. If you feel like the game is laughing at you, you’ll probably become incredibly frustrated in a matter of minutes. Go make some toast. Depending on how you responded to the above paragraphs you’ll know how that sentiment is meant.