What is the Hyperkin SmartBoy?

It began life as an April Fool’s joke, but the Hyperkin SmartBoy is very real. It’s a bolt-on module that effectively transforms your Samsung Galaxy S8 into a fully functional Nintendo Game Boy, complete with support for original Game Boy and Game Boy Color cartridges and a set of authentic-feeling button inputs.

The unit connects to the phone’s USB Type-C connector and comes with a dedicated application that ‘dumps’ the game data from the cartridge, so it can be read by your emulator of choice. The SmartBoy doesn’t require any batteries, and while it can potentially support any Android phone with USB Type-C, it’s part of the approved Samsung accessory programme and has been designed with the Korean company’s phones in mind. 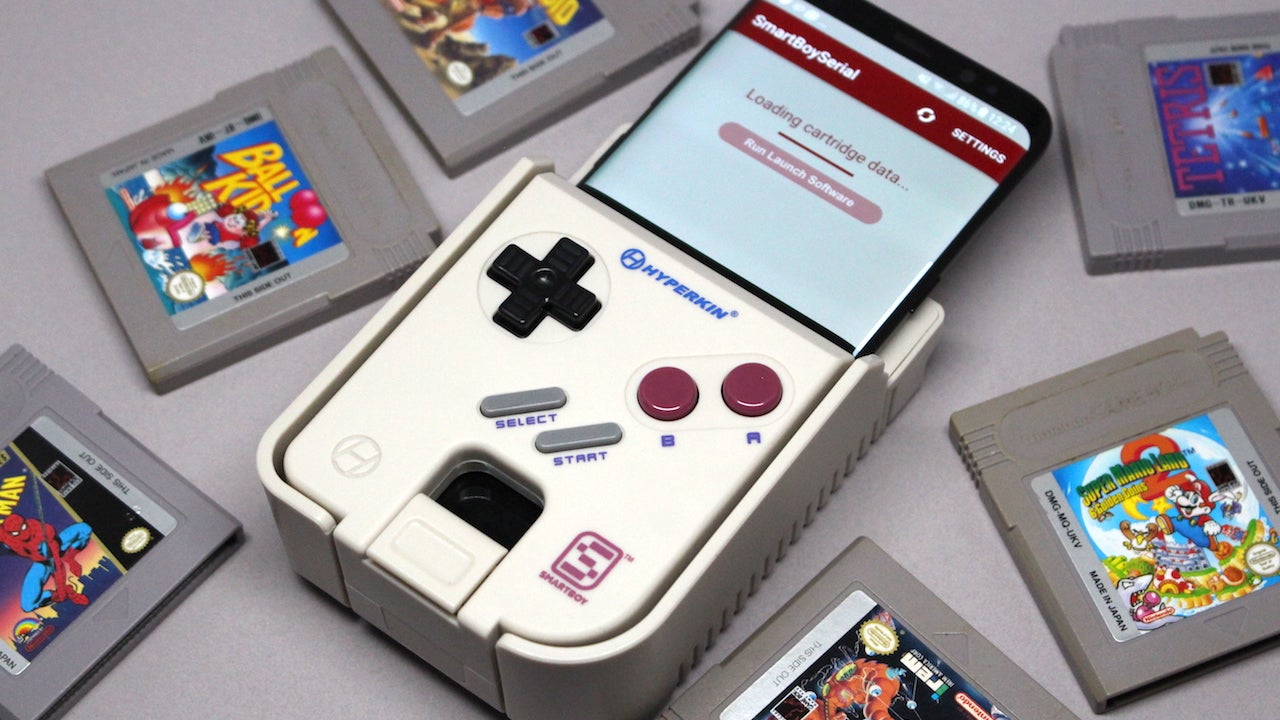 The SmartBoy is a dead ringer for the Game Boy that started it all: 1989’s DMC-01 – or “The Brick” as it’s affectionately known. It’s fashioned from the same grey plastic and the two face buttons are a similar colour to those on the original console. The eight-way digital pad is also a close match of the original, offering the same feel and responsiveness, while the L and R shoulder buttons are a new addition. The unit was originally supposed to ship with support for Game Boy Advance games, but this appears to have been removed.

The sides of the unit spring outwards when a button is pushed on the rear panel, allowing you to slide in your smartphone before clamping the sides shut again; soft material on the inside holds the handset tightly in place and prevents any marks or scratches.

The highly engineered design means that the SmartBoy looks a little odd from certain angles, and it’s quite bulky – in fact, it’s even thicker than the original console, which was hardly the most pocket-friendly handheld on the market. On the rear there’s the all-important cartridge slot, which accepts Game Boy and Game Boy Color cartridges. 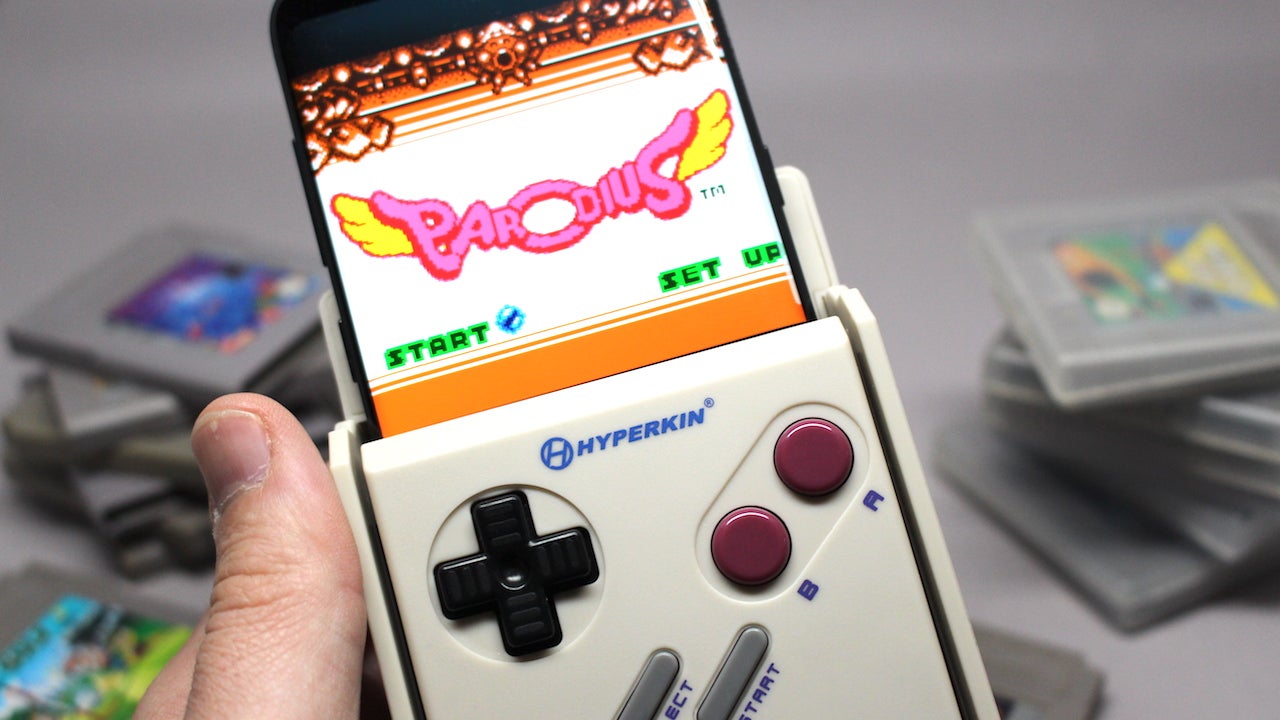 The SmartBoy works in conjunction with a dedicated app, which has to be downloaded from the Google Play Store in order to make the device work. With this app installed, inserting a game cartridge triggers the dumping process, with the game data being stored temporarily in a special folder in the phone’s internal memory.

Once this is complete, the app will launch the Game Boy emulator of your choosing (it defaults to the free version of the rather excellent My OldBoy), giving you the chance to locate the game data and boot it. Upon removing the cartridge, the game data is deleted.

It’s possible to use ROMs that you’ve sourced from elsewhere, too – all you need to do is place them in the SmartBoy folder and load them instead of loading the dumped game data from the cartridge.

While it might seem a bit odd that Hyperkin hasn’t created its own emulator for use with the SmartBoy, this approach means you have the freedom to pick one yourself from the many currently available on Android. It also means that the device is, to a certain degree, future-proof. As better emulators appear, the SmartBoy can take advantage of them, whereas if Hyperkin was solely responsible for the software, there’s a danger it could be forgotten if the company decides to shift focus elsewhere or remove support.

Since the SmartBoy uses existing emulators, it’s hard to rate its performance, but pretty much any Game Boy emulator is going to run accurately on a phone as powerful as the Galaxy S8. Many emulators come with additional features such as save states, graphical filters and much more besides, resulting in an experience that’s arguably far superior to playing on original hardware. It also goes without saying that the screen on the Samsung Galaxy S8 is a million times better than the blurry, pea-soup LCD panel of the original Game Boy. 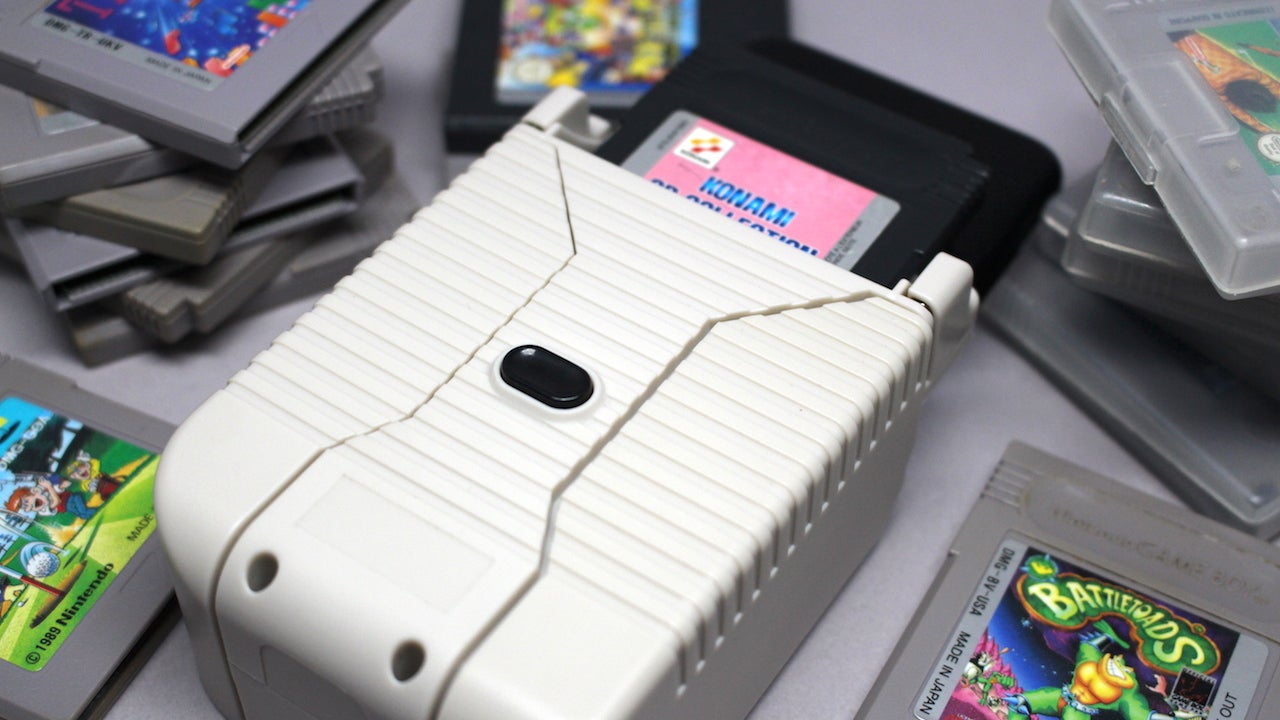 When it was initially pitched, Hyperkin promised that the SmartBoy would include support for a wide range of phones, including the iPhone. However, as the product has developed over time, this ambitious objective has been shelved, and the shift to USB Type-C means the device will only work with newer Android devices.

As the SmartBoy is part of the Samsung Mobile Accessory Partnership Program, this should ensure it functions perfectly with future Samsung phones from the Galaxy S8 onwards. However, when I tested it with a couple of other USB Type-C Android phones, it refused to work. Time will tell if support is rolled out to a wider selection of handsets via some kind of firmware or app update, but if you don’t have a Samsung device then you’ll almost certainly want to try before you buy.

Should I buy the Hyperkin SmartBoy?

When you consider that your average Game Boy doesn’t exactly cost a lot, you could argue that the SmartBoy is rather pointless. If you’re going for authenticity, then surely the real deal is the best option?

That’s true to a certain extent, but there are some distinct advantages to Hyperkin’s device – the most obvious of which is the fact that you don’t have to put up with the shortcomings of decades-old LCD panel technology. The Galaxy S8’s gorgeous Super AMOLED screen is superior in every possible way.

Second, you also benefit from emulator-specific features such as save states and the ability to fast-forward gameplay. Finally, the fact that you’re able to use original cartridges will please the purists among you, while the excellent physical controls offer as close an experience to the real thing as is possible on a smartphone.

Only the bulky nature of the unit and the rather convoluted way in which games are loaded prevent us from recommending this even more highly.

If you’re a fan of retro gaming then the SmartBoy is a must – especially now that modern screen technology makes the whole experience so much better.