Hyper Light Drifter’s biggest achievement is the mood it creates. From the outset, the game manages to communicate this feeling of encroaching doom, of hopelessness and mystery, without ever showing or speaking a single word. For a mute game, Drifter manages to deliver a hard-hitting, unsettling narrative – one that lets the player dwell more on what’s left unsaid than what is ever directly revealed.

Hyper Light Drifter was inspired by the real-world struggles of creator Alex Preston, who lives with a congenital heart defect, and that echoes into the game’s strange story. You play as The Drifter, a mysterious figure that can interact with ancient technology, yet is burdened with an unspecified terminal illness. With an emphasis on discovery and player-led exploration, Hyper Light Drifter feels like a mix of retro Zelda titles, laced with elements of Diablo… all set in a world that feels like Studio Ghibli’s take on a William Gibson novel. 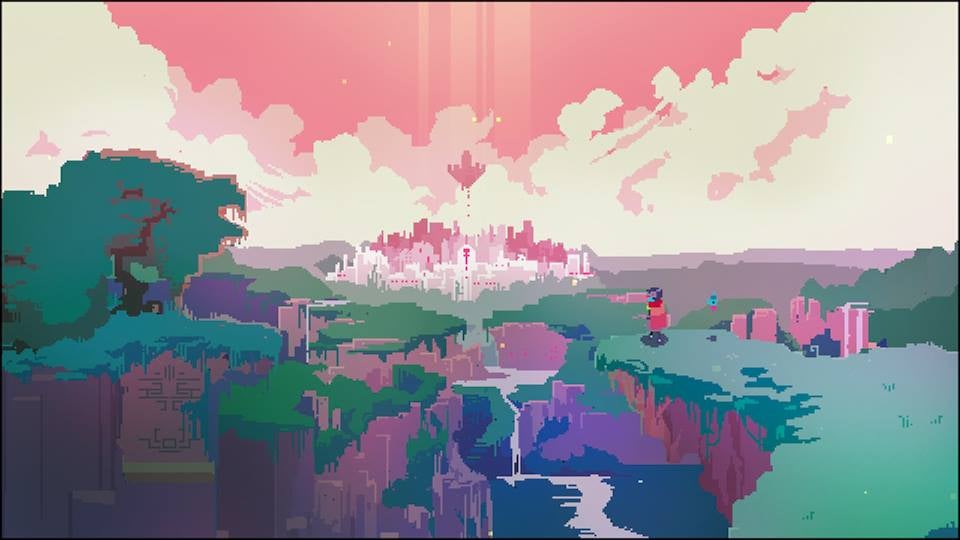 The publisher behind the port, Abylight Studios, has added single Joy-Con support for the Special Edition, meaning you can experience drop-in, drop-out co-op with a friend. Mechanically, co-op works well – the second player spawns in at the cost of one health bar from the first, and mimics all their currently equipped weapons to boot.

Since player 2 spawns in with no ammo, and it takes a couple of seconds for player 1 to recover, you can’t just spam enemies by exiting and re-entering, cheesing bosses or tougher enemies by emptying clips ad infinitum. This plays to Hyper Light Drifter’s strengths as a tough game, and it’s reassuring to note that in bringing someone else along for the ride, you aren’t cheapening the experience at all.

New items and locations have been added to the Nintendo Switch version of the game, too. The version-exclusive Tower Climb zone bolsters the content offering by giving you a challenge of escalating difficulty as you progress up a tower, striving to find what could possibly be at the top. It’s an area that lets you really sink your teeth into the rhythm of the game’s combat – an arena that’s perfect for new players to learn the ropes in and fun for returning players to tackle with a veteran’s eye.

Returning players will also appreciate the new weapons on offer: a Blade Caster and the Crystal Shot. The former is great for crowd control and can help keep mobs of enemies in check, whilst the latter is great for dealing with high-damaging enemies that need to be kept at bay as you dispatch smaller, quicker threats. 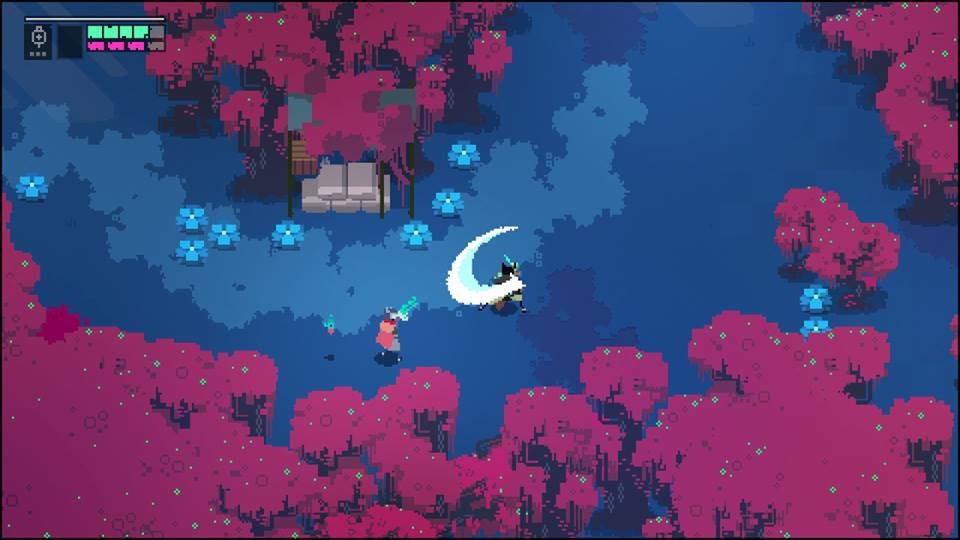 Both new additions add just that little bit more depth to a combat system that’s already pretty robust, and give you a wider range of tools to deal with the various vicious enemies that populate the world. As a result, we found the difficulty in the game smoothed out a bit compared to the original release – Hyper Light Drifter is known as a hardcore game, but the Special Edition lowers the barrier of entry a little thanks to all these new additions.

Almost driving that point home, Abylight and original developer Heart Machine have also added in a new outfit that guides players towards discovering hidden items, too. Hyper Light Drifter is littered with bonus batteries, health kits, keys and secrets, and part of the thrill of the game is happening upon these items almost by accident. The new outfit (which is fully optional) could dilute that experience a little, so just be aware of that if you want to wander into this game blind, and play it as it was intended to be played.

The only reservation we’d have in recommending this game to veteran players looking for a definitive version of the game comes from the framerate dip. For the most part – especially when docked – the game runs at a smooth 60FPS. During particularly action-heavy combat sequences, though, you start to experience a little bit of slowdown and a noticeable dip in FPS… not ideal when you’re used to the silky, rhythm-based combat the rest of the game delivers so flawlessly.

After the canned PlayStation Vita version of the game, it’s wonderful to finally be able to play Hyper Light Drifter on the go. The developer has pretty much stated that in its mind, the Switch version is the definitive version of the game – and you can tell. With elements that make it smoother for newcomers on top of everything that made the base game great, this is a port that truly feels at home on Switch, despite the occasional drop of frames.