A mix of old and new, the Humax YouView DTR-T1000 is a traditional Freeview PVR that also offers the streaming benefits of YouView. It has dual Freeview HD tuners, letting you watch one channel and record another, or record two programmes at once.

With a 500GB hard drive on-board, it can store around 300 hours of SD programmes or 150 hours of HD content. Humax says there’s a 1TB version on the way too, although we imagine this will cost at least £50 more than the 500GB standard version. 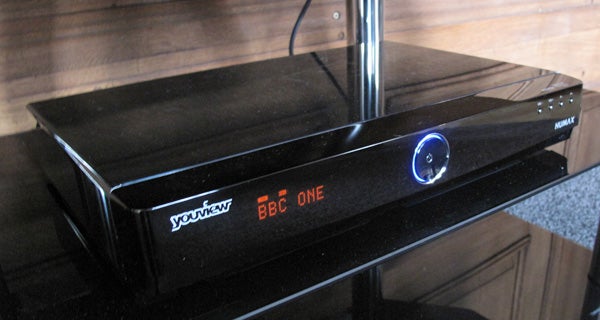 Its bodywork is reasonably good-looking, with a consistent glossy black finish only spoilt a little by the (understandably) slightly-too-large YouView logo on its left. There’s a great big LED-lit power button in the centre, along with a smattering of teeny silver buttons to the right – which control volume and channel manually. 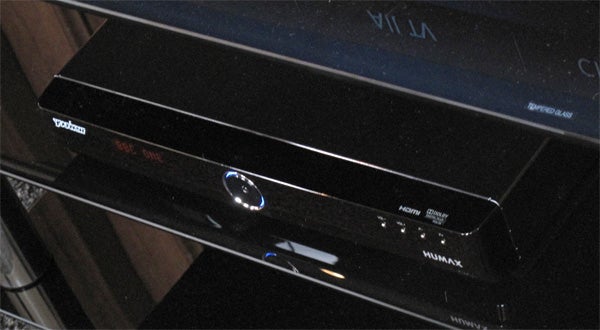 These standard controls give no clue as to the clever YouView goings-on inside. And neither does the remote control. It’s a standard TV-style controller that forgets all ideas imposing trackpads and displays to offer the most accessible vibe possible. This is real technophobe-hugging stuff. 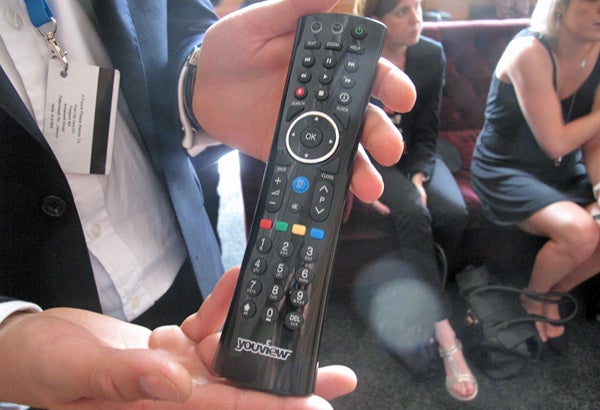 The Humax YouView’s rear takes a similar approach. The all-but defunct SCART connector is here, as are S-video and phono inputs. HDMI and optical audio sockets are on-hand for the rest of us.

Awful picture, but you get the idea…

Given how streaming-centric the YouView box is, we are a little disappointed that there isn’t integrated Wi-Fi, though. You need to plug in an Ethernet cable here, or a Wi-Fi dongle – and while it’ll offer better performance than Wi-Fi, it’s not as convenient. 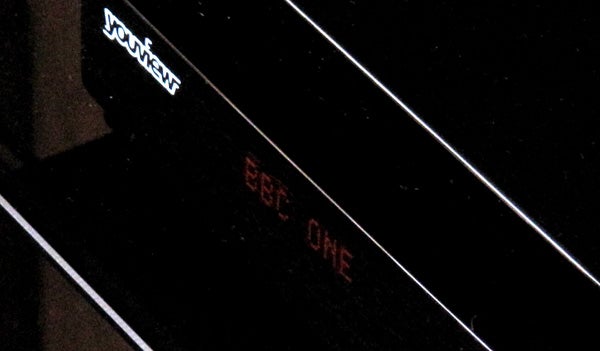 Software – YouView
Our first first-hand look at YouView left a positive impression. It’s clean, good-looking and pretty quick, with the only distinct elements of lag being when content was pulled-down from the web.

YouView can roughly be chopped-up into two halves. The EPG side of the Humax YouView works much like any other Freeview PVR. You can browse through the next seven days of TV, plan recordings and – shock horror – watch TV as it is broadcast. With YouView on-board, you can also skip back through the last seven days’ content too. 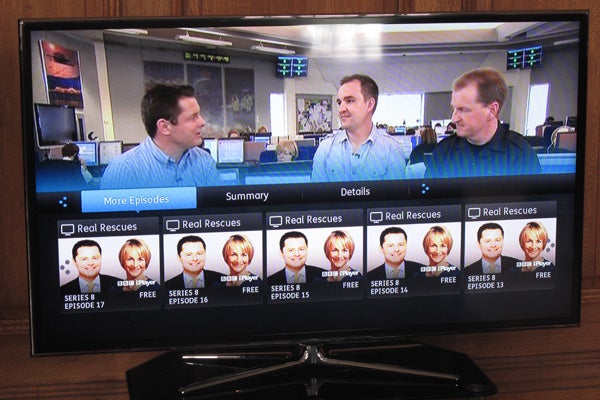 Listings for programmes already broadcast will take you to the respective on-demand service – iPlayer, 4OD, ITV Player or 5 On Demand – taking catch-up TV to an all-new level of accessibility. Of course, if you’re technically-minded, trawling through an EPG isn’t the quickest way to find a programme you missed a few days ago. And that’s where the other part of YouView come in.

There’s a universal search bar, which will sift through all content available, and an On-demand section. This aggregates and arranges programmes from all the TV streaming portals, by name, popularity or date. Wiping away the inefficiency of separate apps that Smart TV services suffer from, this section should prove supremely useful. 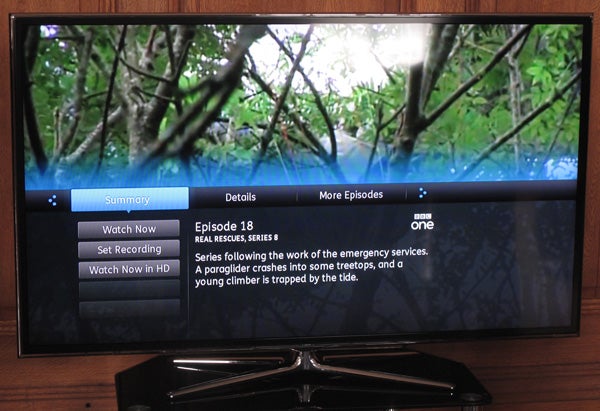 However, it’s very early days for YouView – it doesn’t just stop now that all the major UK channels are on-board. STV (Scotland’s version of ITV) and Now TV, which provides Sky content, are both signed-up for inclusion this year. And there are plenty more we can think of too. Once Netflix, LoveFilm and a few others are in, YouView may go from being a quaint fiddled-with Freeview to a living room must-have. That said, there’s no sign of more advanced app support, so the truly geeky among you may prefer the additional versatility of Google TV.