Best known for its TV receivers and PVRs, Humax now turns its attention to the thriving soundbar market with the STA1200BSW, a 2.1-channel system that brings large-scale sound to your living room while keeping clutter to a minimum.

But the STA1200BSW’s main selling point is that it’s the world’s slimmest soundbar, trumping the previous record holder – Sony’s HT-ST3 – by some margin. It measures just 37mm high by 20mm deep, a mere slip of a speaker that’ll blend surreptitiously into its surroundings. These skinny dimensions earn it the rather cool nickname ‘Blade’.

It would have been easy for Humax to debut with a bland, no-frills soundbar, so it’s great to see them attempting something a bit different – and if Blade’s performance is a cut above the rest (groan) then it could turn out to be a very tempting purchase indeed.

Such is Blade’s slenderness that we almost missed it when we opened the box. Once located and unwrapped, we still couldn’t believe that this skinny stick, no thicker than a broom handle, is actually a soundbar.

Not only is it the slimmest soundbar ever, but it’s also beautifully made. The 1200mm-wide speaker is fashioned from strong, sturdy aluminium, with rounded edges and a flat backside for mounting on the wall. It might be a stretch to call a strip of metal attractive, but Humax has certainly tried its hardest – the black finish and curves are easy on the eye.

Bang in the middle is a small display panel that uses tiny dots of coloured light to tell you which sound modes are selected. It’s difficult to see from the sofa – a proper readout would have been more helpful – but Humax is working within tight size constraints. The panel also houses a row of touch-sensitive controls.

On the back are just two inputs, optical digital and a 3.5 analogue minijack. With this simple selection, Humax is going for the plug-and-play approach, so if you’re after HDMI inputs look elsewhere.

It’s surprising, though, that Humax decided to put the sockets on the soundbar itself given the limited space – Sony put them on the HT-ST3’s subwoofer and linked it to the bar with a single cable. Here, you have three separate cables trailing from the soundbar, which looks more untidy.

Also, the small recess on the back makes it tricky to plug in a full-size optical cable, so stick with the thinner cable provided in the box.

Obviously a bar this slim is crying out to be mounted on the wall – the brackets and fixings are in the box – but you can also plonk it on a flat surface using the supplied shelf stand. However, this seems like a bit of an afterthought. It’s made of thin, flimsy plastic that could be snapped quite easily.

The passive subwoofer is remarkably compact (195 x 266 x 265mm), making it easy to tuck away in tight spaces. Build quality isn’t up to the standard of the soundbar, though, with a black matt plastic finish and exposed black chipboard on the back, but it looks nice enough. 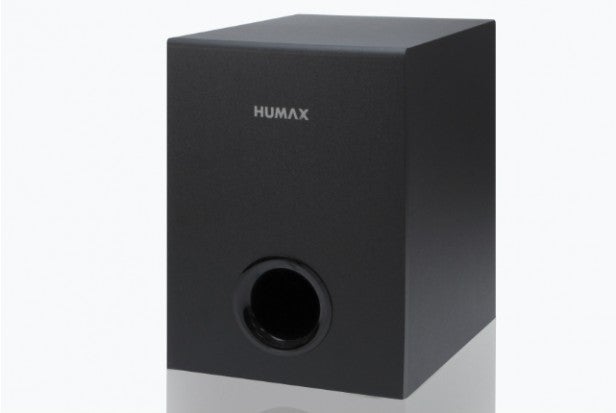 Music lovers will welcome the inclusion of Bluetooth, which makes it easy to stream tunes from phones and laptops.

Inside
the soundbar is an 80W amplifier, which supplies 20W to each of the
four speaker drivers lined up along the bar. The subwoofer features a
6.5in passive driver.

There are no EQ modes or tone controls, but
you do get a Bass Enhancer to boost low frequencies and a Surround mode
that’s supposed to deliver wide spatial sound. 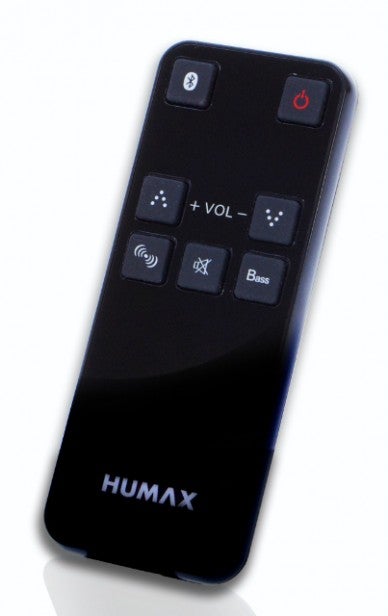 The
system is easy to set up. Sit the soundbar in the stand and connect the
subwoofer’s pre-attached cable to the back. Connect your TV, power it
up and you’re done. The hardest part is concealing the cables.

Operating
the STA1200BSW is easy enough with a small remote that sits snugly in
the hand and features just seven rubber buttons. They’re clearly
labelled and sensibly arranged, although you have to press them down
firmly to get a reaction.

Also, you can’t make big volume
adjustments by holding down the keys – you have to keep tapping away at
them. You can’t toggle between the Bluetooth, digital and analogue
inputs either, it just switches automatically.

A
slogan on the box reads ‘audio has never sounded so good’, a bold claim
that the STA1200BSW never really lives up to – although it does a
better job than you might expect given its slim dimensions.

First
the positives. It goes nice and loud with very little distortion and
lends movie material a pleasing level of energy. The scale it brings to
raucous action sequences surpasses that of any TV, which for many will
be the key factor.

With brainless blockbuster Pacific Rim on
Blu-ray, we admire its enthusiasm with the Kaiju-on-Jaeger fight scenes.
Smashed-up buildings and metal fists smacking into roaring monsters
come though clearly and forcefully, while dialogue remains audible.

However,
it’s let down by a poor subwoofer. Bass is overpowering and there’s no
punch or agility – it just rumbles whenever it detects any action.
There’s very little distinction between bass sounds and it tends to boom
wildly when there’s a lot going on – subwoofer level controls would
have been useful here. 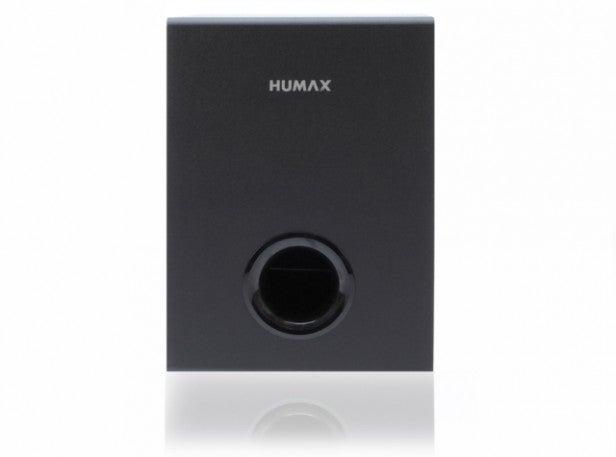 Bass
Enhancer exacerbates the problem and is best left alone. At the other
end of the spectrum, it could do with a treble boost to bring out the
detail and open up the sound more. The surround mode does a decent job
of widening a movie soundstage, but adds an unnatural effect to music
material.

The STA1200BSW is at its best with TV shows, where
bass content is less prevalent. This allows the material to sound more
dynamic without being dominated by the sub. Speech is clear and theme
tunes are bold and lively. Music via Bluetooth also sounds more cohesive
and detailed. 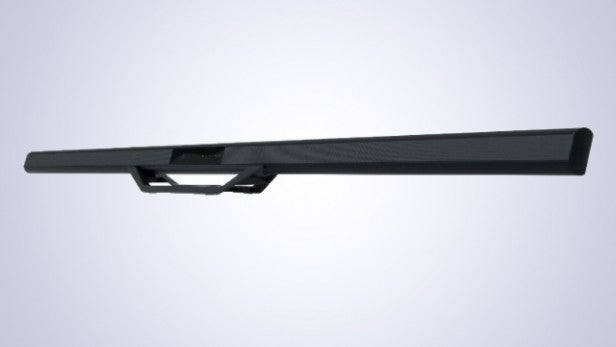 Should I buy the Humax STA1200BSW?

As
the world’s slimmest soundbar, we’re sure the STA1200BSW will earn
plenty of fans before they’ve even had a listen. Its unique design
renders it virtually invisible in the living room, and the compact sub
won’t eat up much space either. It’s easy to install, offers built-in
Bluetooth and build quality is excellent (tabletop mount
notwithstanding).

And despite its sonic flaws, many people will
probably enjoy the STA1200BSW’s energetic, bassy sound, particularly
those who have been listening to pathetic TV speakers for too long.
Getting anywhere near a big, room-filling sound from a speaker this slim
is an impressive feat.

But you can get better sound quality for
the money. Bass performance is poor with movies and we’d like more
detail too. Both the Wharfedale Vista 100 and Roth Sub Zero II
can be found for £150 or less online and deliver tighter bass, sharper
detail and a generally more cohesive sound – although neither boasts the
Humax’s mind-bogglingly slim design.

The
world’s slimmest soundbar is an admirable effort from Humax, but no
matter how you slice it this Blade’s performance isn’t a cut above the
competition.