Usually when you’ve got a 32in TV going for just £390, you’re talking about some no-name model you can pick up from the shelves of your local supermarket. But today that paltry sum can bag you the LGB-32DST from Humax, a brand which, while hardly premium, is certainly generally considered to sit at a slightly higher level than the Bushes, Goodmans, Prolines and Fergusons of the AV world. So here’s hoping the 32DST turns out to be as big a bargain as it initially appears.


It has to be said that it rather looks its money. Its matt black fascia offset by a vaguely metallic metal strip and outer trim looks plasticky and the set’s rear end is on the chunky side.


The 32DST’s connections are a touch disappointing in one sense, as they only include two HDMIs when we like to find three these days. The reality, though, is that the two HDMI situation is pretty much par for the course at the Humax 32DST’s price point. And you do at least get some pretty reasonable accompaniment in the form of the de rigueur component video port, a D-sub PC jack, and a digital audio output – among other things. 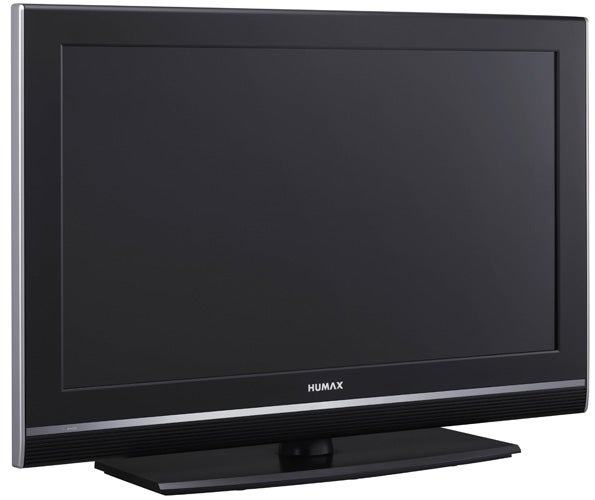 However, it’s not just the number of HDMIs that’s slightly disappointing. It’s also the fact that they are v1.2 in specification rather than v1.3, meaning they can’t handle such 1.3-specific features as auto lip synch and, more importantly, Deep Color. Furthermore, they don’t appear able to take in 1080p/24 feeds of the sort most Blu-ray players like to produce as their preferred option these days. In fact, they don’t appear able to take 1080p sources of any frame rate.


On a bigger TV this would be a serious crime. But we guess we can live with it on a 32in TV, where the extra finesse of 1080p/24 is harder to appreciate anyway. It’s also worth considering that had such a budget TV tried handling progressive signals and, especially, 24Hz feeds, it might actually have ended up making a royal mess of things. So perhaps the 32DST’s decision to top out at 1080i playback is merely the action of a TV prepared to accept its limitations.


It’s imperative that we point out here, too, that the 32DST is not a Full HD TV, boasting instead a native resolution of 1,366 x 768 pixels. This is only to be expected of such a cheap set, and obviously makes 1080p/24 compatibility less of an issue as there’s going to have to be image scaling to translate a 1080-line source to the TV’s 768 lines of pixels anyway.

Humax claims a contrast ratio of 1,000:1 for the 32DST – hardly one of the highest around. However, in a move typical of the LCD market, this ‘native’ figure can be boosted (to an unspecified level) by a dynamic backlight arrangement that adjusts the picture’s brightness in accordance with an assessment of the image content. As in, the darker the image content, the lower the backlight output, to improve black level response. You can adjust the backlight to any of three ‘manual’ levels too if you don’t fancy the auto setting – an important touch for reasons we’ll come to later.


The 32DST’s reasonably tidy onscreen menus have one or two surprising tricks up their sleeve given its price. You can, for instance, call up picture-in-picture functions, and adjust the way the set delivers skin tones. Plus there’s a multi-level noise reduction facility, and SRS TruSurround XT to deliver a pseudo surround sound effect using just the TV’s speakers. 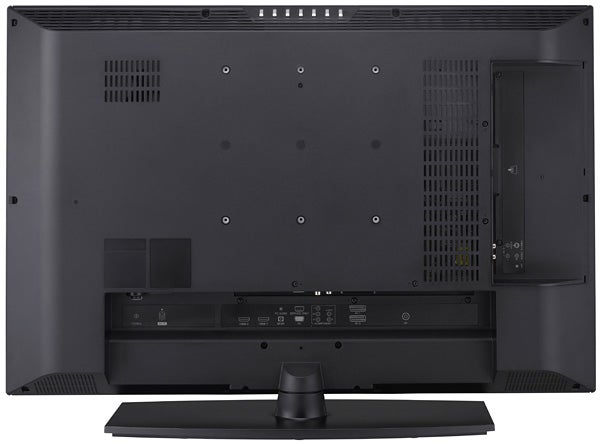 Not that these speakers are really up to very much. Sure, they can go loud, but the sound they produce is rather muddy and indistinct – or at least it is when there’s anything really raucous going on, such as pretty much any moment in the Blu-ray of ”Con Air”. The bass doesn’t sound natural, and there’s precious little sense of precision in the treble zone.


Happily the 32DST has more success with its pictures. With HD sources, for instance, the picture is considerably sharper than might be expected given the set’s 1,366 x 768 resolution and lowly price tag. There’s precious little of the general softness and lack of detail that afflicts many cut-price rivals, and even better, there’s nowhere near as much LCD motion blur to contend with as we would have expected. 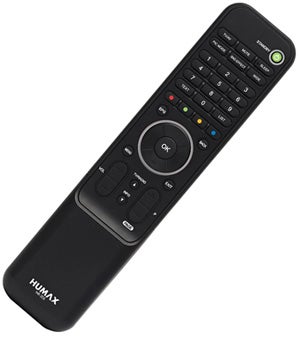 There’s something nice and direct – for want of a better word – about the 32DST’s HD presentation too, with no sense of any processing-induced oddness being thrown between you and what you’re watching. Plus there’s a solid combination of dynamism and tonal naturalism in the 32DST’s colours with HD footage too.


Given the pretty unspectacular contrast ratio claims, meanwhile, I found myself pleasantly surprised by how little of the familiar grey clouding the 32DST shows when trying to portray dark sequences like Todd’s arrival back in London at the start of Tim Burton’s blood-soaked version of ”Sweeney Todd: The Demon Barber of Fleet Street”.

At this point I’d normally expect to have to bang on about how severely the budget Humax’s picture quality drops off with standard definition. But actually, while there’s certainly a small increase in motion blur, and obviously not as much fine detail in evidence, the picture is nothing like as noisy and indistinct as with some, nay many other (especially budget) LCD TVs we’ve seen.


I also like the way you can watch the 32DST from a really quite acute angle before the contrast and colour response start to drop off to any large extent – we still see some quite expensive TVs still struggle with this problem.


However, don’t start to believe that the 32DST has delivered some sort of budget picture performance miracle. Its pictures most definitely have their flaws. 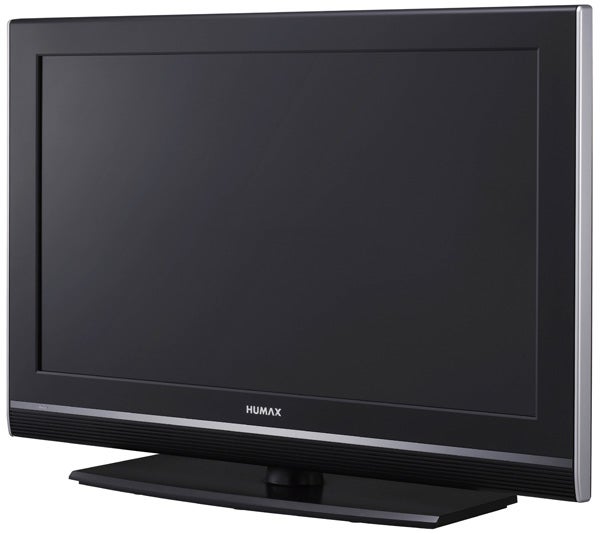 For instance, although its pictures are free of some common types of noise, they do also have a curious knack of slightly emphasising digital MPEG blocking noise – even when watching some HD sources. Keeping the brightness and contrast levels quite low helps, but certainly doesn’t totally fix the issue.


Another problem is that although colour tones are generally quite natural, there’s also sometimes quite overt evidence of colour banding, where subtle colour blends appear as a series of stripes rather than as totally smooth transitions. This is down to a combination of the screen’s relatively low pixel count (versus Full HD sets), and rather less forgivably, a simple lack of colour processing power.


I have a couple of issues with the 32DST’s black level handling too. Firstly, while dark scenes certainly do look dark, that darkness looks a touch forced. In other words, there’s very little shadow detailing in evidence, with the effect that dark scenes can look a touch hollow and flat.


Also, if you use the ‘Auto’ backlight mode that on paper should give you the most effective contrast throughout a film or TV show, the screen sometimes adjusts its brightness so frenetically that the picture almost seems to be flickering.


Does Humax’s LGB-32DST set new standards of picture and sound prowess? Of course not. But does it nonetheless perform markedly better than you might expect of a 32in TV costing south of £400? Definitely.