Inside the Huawei Watch 2 is one of Qualcomm’s Snapdragon Wear 2100 chips running at 1.1GHz, paired with 768MB of RAM and 4GB of on-board storage. The latter should mean you won’t run out of space for watch apps and will be more than adequate to load up some music to accompany your next workout. There’s also Bluetooth 4.1 and Wi-Fi 802.11b/g/n.

Of course, one of the star attractions for the Huawei Watch 2 is its Android Wear 2.0 operating system. It’s a much cleaner and more intuitive OS than its predecessor. Everything you’d expect to see with Android Wear 2.0 is present here. There’s the new Google Assistant, available by holding the top crown button; standalone watch apps available from the Google Play Store directly from your wrist; and new input methods too – among other improvements. 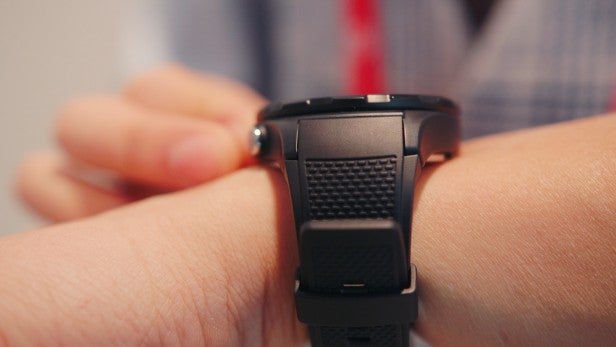 Using the new on-screen keyboard proves a little fiddly – again, a result of that small display. Jabbing away at the small keyboard requires more precision and concentration than I’d like and using swipe gestures doesn’t really help.

The Huawei Watch 2 isn’t infallible to a little slowdown, either. Overall, navigating generally feels slick and responsive, although firing up an app can mean a little waiting. There were occasions where I’d hit a stutter, where a touch input didn’t necessarily register as quickly. This would leave me thinking that the app had crashed, only for it to spring back to life. Scrolling through Huawei’s Workout app is an example of this, but Google Fit was on occasion susceptible, too.

There are moments where having an Android Wear watch on your wrist feels super-useful. At the MWC trade show in Barcelona, following a Citymapper map on my wrist was far easier than having to whip out my phone every few minutes. 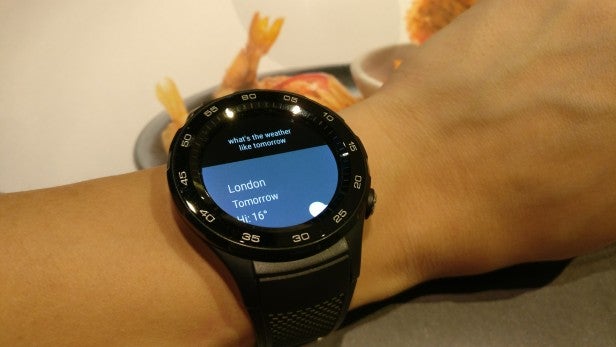 Asking Google Assistant questions and receiving a response was a true convenience, too, although its context-based answers weren’t always on the money. For instance, asking “What’s the pound to Vietnamese Dong exchange rate?”, followed by “And what’s the time there?” only gave me my local time. Refinements will come with time.

Otherwise, the tweaks to Android Wear 2.0 are very welcome, especially in terms of how notifications are displayed, with smaller icons and more space for actual information. Watch faces can also be customised with different “complications”, presenting more information without the need to dive into apps or menus.

Annoyingly, though, not all of the preset watch faces include a visual notification indicator to let you know there’s something awaiting your attention; you have to swipe up to view, or hope you catch the buzz of the watch’s vibration. Still, you can easily pick a better watch face, or add more from the watch itself.