The P8 may look a little iPhone inspired on the outside, but inside it will be freakishly familiar if you’ve used an iOS device in recent years.

Even though the P8 runs Android Lollipop 5.0, it has the company’s own Emotion UI over the top of it and there’s no attempt to hide its Apple-likeness. Everything from the shape and styling of the phone’s icons to the home screen pull down gesture that activates the Spotlight Search function have been replicated.

What makes the Apple-aping so obvious is the fact that the Huawei phone has the Android system search feature included in it anyway, so the copied spotlight function is redundant and included probably just because Apple phones do it. 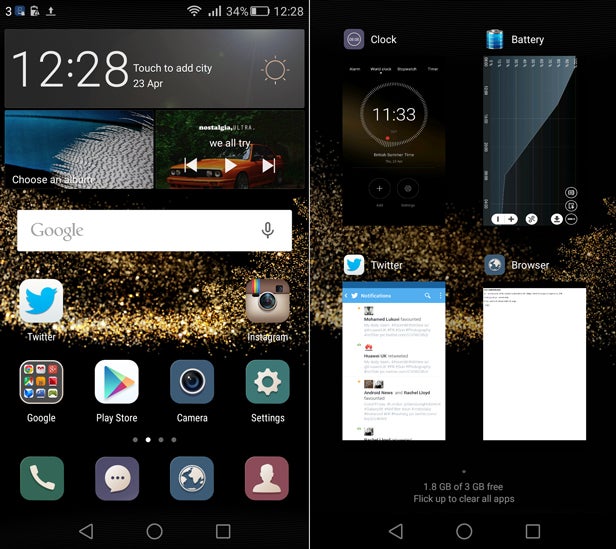 But don’t let these observations put you off as Huawei has used its admiration for one of the best operating systems around and created an Android user experience that is mostly responsive, clean and clutter free. For example, swiping down give you access to notifications on one tab and the quick settings menu on another. It’s a good solution for separating the two areas and makes them easy to navigate.

That said, Huawei ought to have left in some Lollipop features, such as the Rolodex style active app shortcut. Instead, pressing the option button brings up a stagnant tile based active app browser, which allows you to select or close open apps by pressing them or swiping up. It works, but it isn’t as attractive as the stock Android 5.0 method of dealing with open apps.

In an attempt to create some points of difference, Huawei has given the P8 some unique features. We mentioned some of them in the camera section, but another add-on is ‘Voice Wake’ that allows you set a voice trigger to wake and to find your phone. By default our phone’s trigger phrase was “Ok Emy”, but you can type a custom phrase that’s a little more personal.

We had mixed results with the feature and didn’t find it much easier than just picking up the phone and pressing the power button. It ignored us most of the time and occasionally interrupted conversations to ask us to repeat what it overheard as if we’d commanded it do something.

The other “feature” lets you  use your knuckles to carry out additional gesture commands, such as screen capturing. The phone knows the difference between fingertips and knuckles and will screen grab instantly if you knock on the phone twice for example. It’s good for screen grabs as it’s easier than the traditional volume key + power key combination.

The system is powered by a Huawei developed 64-bit HiSilicon Kirin 930 chipset, made up of two ARM Cortex-A53 quad-cores in a big.LITTLE configuration. One set is clocked to 2.0GHz to handle intense tasks, while the other 1.5GHz quad-core takes care of standard phone functionality and operations, such as calls, email, web browsing and listening to music.

This setup is very power efficient, proven by our experience with the P8. For the most part we found the phone to be responsive and capable when it comes to tackling intense tasks. We did experience some minor application freezing and lag on occasion, but managing open applications sensibly should negate this issue. 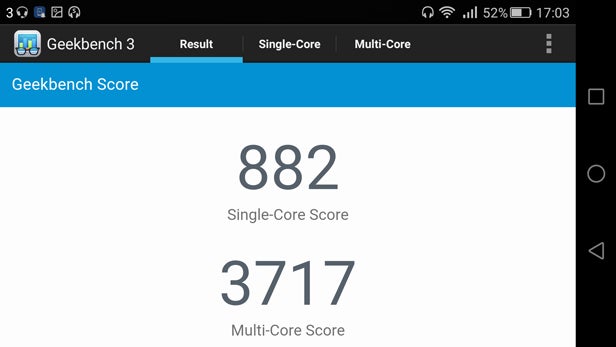 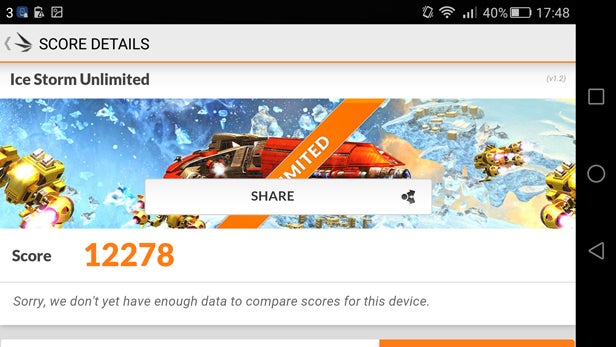 Benchmark tests put the P8’s processing performance not far off the HTC One M9, which uses the top spec Snapdragon 810 chipset. That would be impressive in and of itself, but considering the Huawei flagship is around £220 cheaper, it’s a very big deal.

The speaker and microphone of the P8 are at the base of the phone, either side of the the micro USB port. The speaker’s position means it can be covered by a hand when viewing videos in landscape orientation, but the speaker is big enough to avoid being totally obscured.

The mono speaker is loud, but it doesn’t sound great. You’ll quickly become a figure of hate if you dare to play audio at even 50% volume in a public space – crank it up to 100% and you’ll have projectiles and abusive words raining down on you within seconds. The quality of the audio is noticeably top heavy and can distort quite easily, but there’s still respectable level of bass to be heard. 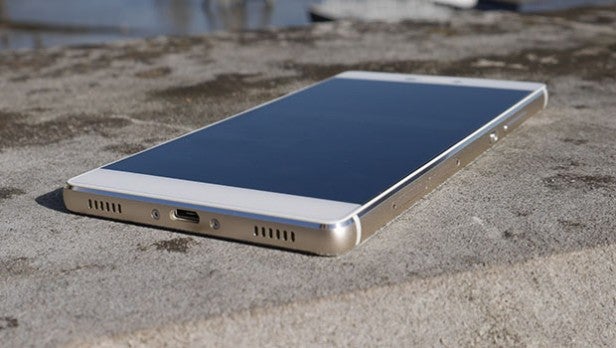 The provided headphones are tough plastic and they don’t fit well unless you have large lug holes. The earphones are loud though, and give a good frequency response across the board, but they leak sound badly so will annoy people around you. Head to our best headphone round-up for better alternatives.

Overall, we’d say the audio from the P8 sits somewhere between the HTC One M9’s class-leading BoomSound stereo speakers and the iPhone 6 and Galaxy S6 – another decent result considering the price.

During our time with the P8 we didn’t have any issues with mobile signal or call quality. We received good signal strength anywhere we could reasonably expect to receive service. The phone is 4G compatible, and uses a special antenna design with what it calls ‘seamless switching technology’ to keep call signal strength consistently good. In our experience, it works.