Huawei made a big deal about the P8’s  camera during its announcement and, looking at its specs, you can understand why.

The P8 has a Sony-developed 13-megapixel RGBW sensor with a dedicated image processor and f/2 lens, which is designed to deliver better low light performance and noise reduction. The company also claims that the P8’s optical image stabilisation (OIS) is significantly better than the iPhone 6 Plus’.

This is because the OIS unit on the P8 can handle up to 1.2 degrees of motion shift, compared to only 0.6 degrees on the iPhone 6 Plus. The OIS does decently in low light, helping to reduce camera shake in still images, but it also works very well during Full HD video recording at 30fps, keeping handheld shots relatively stable. 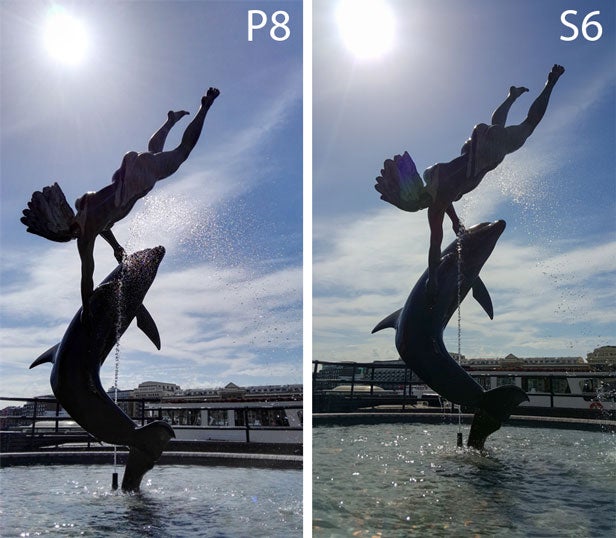 Here, the P6 has done a great job of enhancing the blue skies, but the S6 captures a wider range of tones. 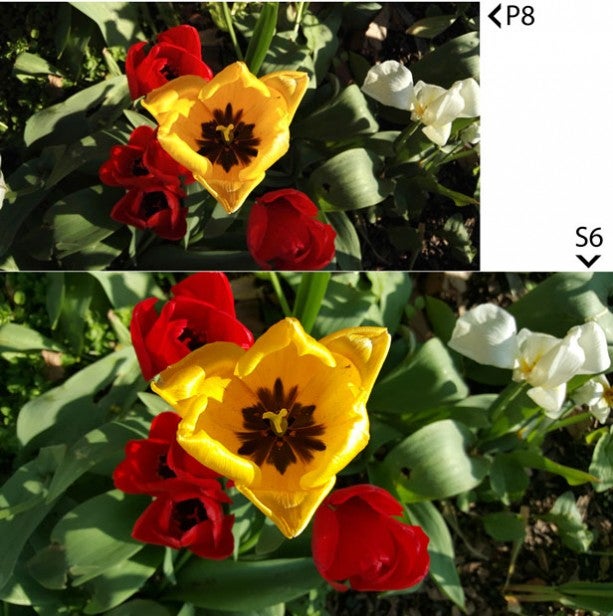 The S6 has a larger 16-megapixel sensor so it can capture larger images, it’s also sharper than the P8, but the P8 has produced some punchy colours

In use the P8’s camera is great, especially in good light. We found it easy to use and responsive, but the autofocus could be better. The P8 recognises faces quickly and tracks them well. It takes about a second to focus, which isn’t too bad, but if we weren’t focusing on faces it needed help to pick the right subject to focus on.

The P8 has some fancy camera modes that help people to capture creative and enhanced images without needing any technical know-how. Light painting is probably the most complex of the Huawei’s photo modes and helps people to capture photos with a range of different effects, such as Car light trails, star tracks and smooth flowing water. 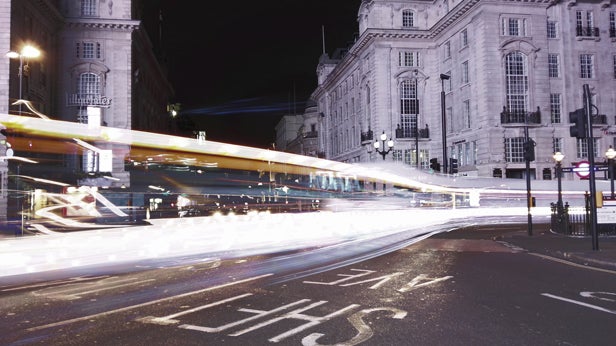 We experimented with some of the light painting modes, a tripod or stable surface is definitely required to produce anything half decent

The mode works by using slow shutter speeds to allow the camera to capture light for longer periods of time, but saves people from having to learn about shutter speeds. If you can hold the phone steadily enough – Huawei recommends using a tripod – the results are decent and it can be fun experimenting with light. It’s an accessible way to introduce people to some advanced photographic technique.

The camera’s 8-megapixel front-facing camera is ideal for selfies and comes complete with some built-in ‘beauty’ tools, to help scrub up our otherwise ugly mugs. The list of beauty enhancements (which some may find offensive) include teeth and skin whitening, face slimming and eye bag removal. If used sparingly, the results are half decent, but we prefer the natural look produced by the camera without the beauty mode. It’s a gimmick, really, albeit one you can ignore.

Huawei has done some great work on its camera processing to produce images that enhance colours and convey sharpness. The result is that the P8’s images look great on the phone’s screen and social media. 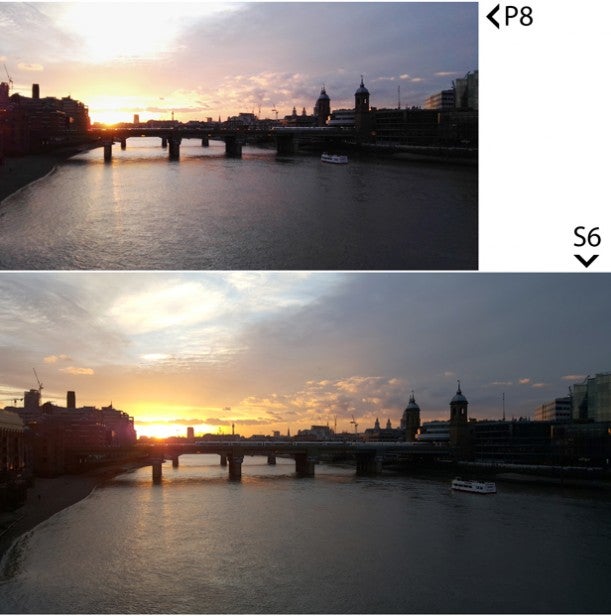 Both cameras produce images with good contrast, but the S6 has better dynamic range performance

Comparison shots from the P8 and the Galaxy S6 show just how well Huawei has done. In a number of different lighting conditions, the P8’s images are immediately more attractive. Of course, on closer inspection the S6 is in a different league for colour accuracy and detail, but for the majority of smartphone users, the P8’s camera is more than capable enough.