The Huawei P8 has a 2,680mAh capacity battery – it’s slightly more than the Samsung Galaxy S6 Edge, but significantly less than its larger twin the P8 Max and its enormous 4,360mAh battery. 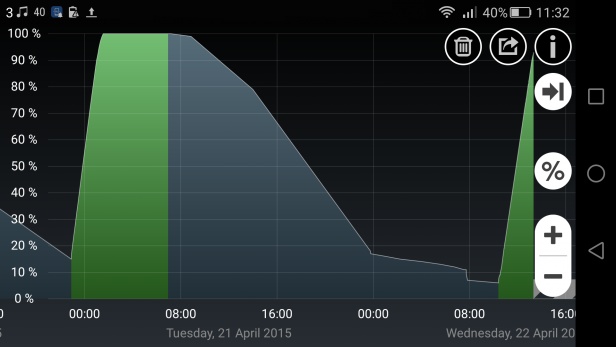 The graph gives some indication of the phone’s charging and draining times on an average day’s use. The phone conserves power when idle and drains steadily with drastic declines 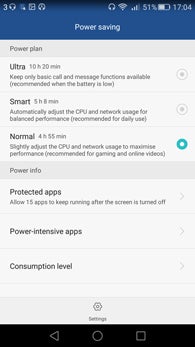 Used moderately, the P8 battery will last a day and a half. The battery level barely moves when idle, but declines steadily at a rate of about 7% for every hour of video or playing games it . Listening to songs doesn’t seem to impact the battery any more than having the phone active but on standby, which is great for music lovers.

A morning commute with social media checking, some video watching and then a morning of going through emails leaves the battery at about 85-90% by midday. Huawei’s Emotion UI offers some comprehensive power management tools, the most useful of which monitors the phone’s usage and indicates which apps are causing a particular strain on the battery.

The phone also offers a range of solutions to help optimise battery performance, with suggestions for which apps and settings to optimise. This fine-tuning is a good alternative to standard power saving options that just throttle the phone’s performance across the board. Those are also available of course and can be set to kick when the battery reaches a certain level.

Other than the fact that it takes a lengthy 3.5 hours to charge from critical to 100% – the S6 charges in half the time – we were mostly happy with the P8’s battery performance. It still needs to be charged once every 24 hours if used moderately, but you’ll rarely be caught off guard by critical battery status alerts. 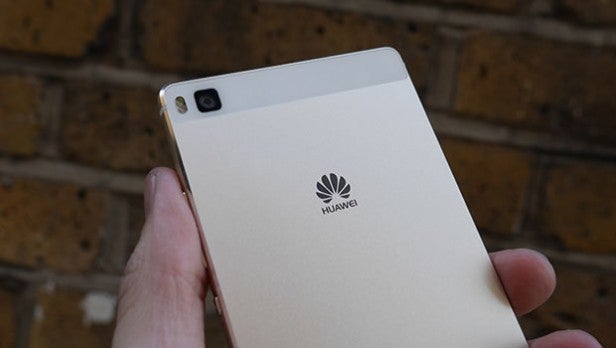 Should I buy the Should you buy the Huawei P8?

Don’t rule it out.

Sure, it’s a bit old now, having been supplanted by both the Huawei P9 and Huawei P10, but as a result its cheaper than phones it matches and sometimes surpasses.

Moreover, the P8 has all of the features a flagship phone should have, including a great screen, fast processor and a good 13-megapixel main camera. A larger 3,000mAh battery would make it a no brainer, but its battery life is still a match for newer phones more storied rivals.

All this comes at a price similar to last year’s flagships such as the LG G3 and HTC M8, super mid-range phones like the Samsung Galaxy A5 and Sony M4 Aqua and compact versions of flagships. Yet, on specs and performance alone, it rivals some of this year’s biggest flagship phones, including the Galaxy S6 and HTC One M9. It’s a powerful argument in the P8’s favour and certainly puts it among the best smartphones and best Android phones.

This was arguably the best value phone of 2015 and helped catapult Huawei into the mobile spotlight. Find it for a good price and it’ll still make a more than ample companion today.