The truth is, most top-end smartphone screens are excellent. This remains the case with the Huawei P30’s 6.1-inch, FHD+ OLED screen.

The screen specs match its archrival, the Galaxy S10e, and give it the same resolution as its big brother, the Huawei P30 Pro.

To the naked eye, it looks great. Whites are suitably clean and, thanks to the use of OLED tech, blacks are as inky as you’ll get. Unlike LCD panels, OLED panels create blacks by turning pixels off, making them super-deep as a result. Colours, too, look excellent – although, on occasion, can appear a little on the cool side.

Although Huawei doesn’t market the screen as being HDR-ready – as Samsung does with the Galaxy S10 family – I found that the P30’s max brightness levels are high enough to work with high dynamic range content on YouTube.

The only downside is that it doesn’t have as robust a portfolio of customisation features as its Samsung rivals. In the Settings menu, for example, you’ll only get to pick between Vivid and Normal settings. The only other setting you can tweak is colour temperature.

This will be a pain for power users; but for everyone else, the screen’s out-of-the-box Vivid setting is pretty awesome. Cracking out our trusty colourimeter, which measures colour temperature and gamut coverage, among other things, the P30 performed admirably. 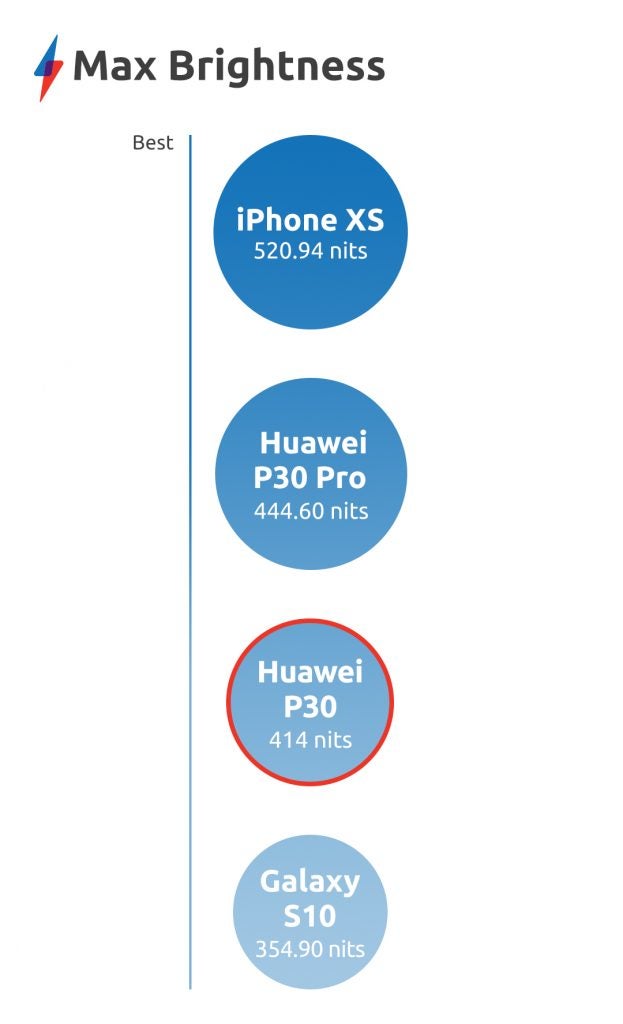 The 414-nit max brightness beats that of the Galaxy S10, and means the screen will remain legible in everything but direct, bright sunlight. However, it doesn’t quite match other flagships, such as the LG G7 and iPhone XS, which are the brightest phone screens we’ve tested to date. Nits is a measure how much light/luminance a screen emits. 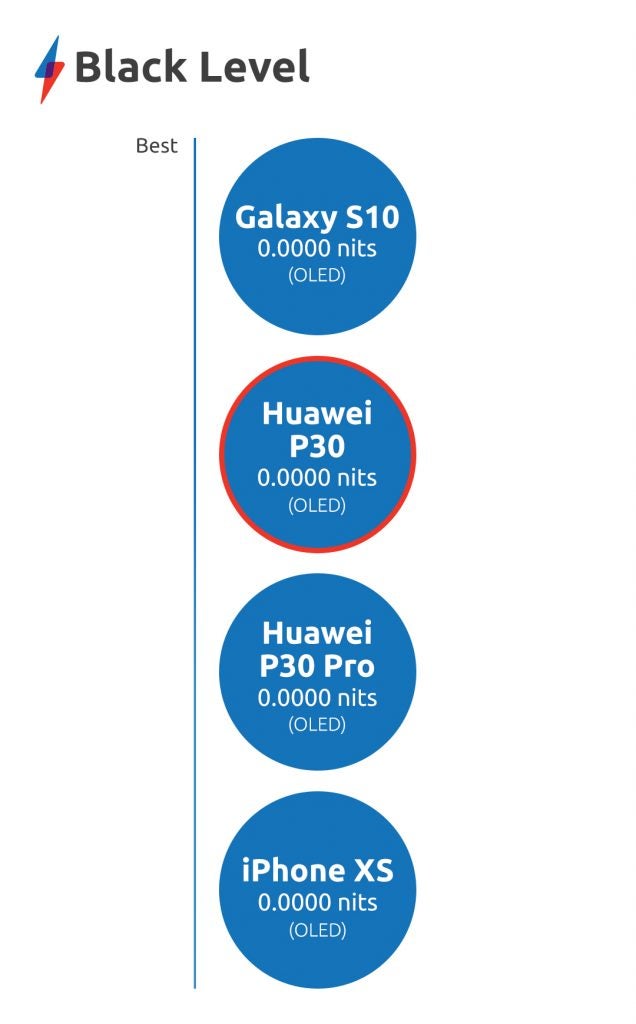 Black levels are the best you’ll get (0.00 nits), although this means getting a contrast ratio – which measures the distance between the darkest and brightest levels a screen can render – is impossible. 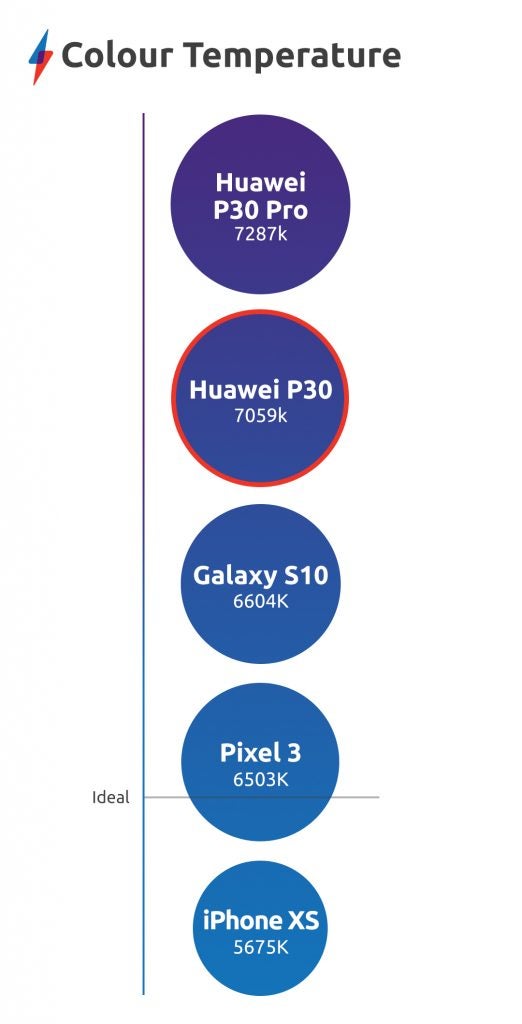 The 7059k (kelvin) colour temperature is a little off the 6500k ideal, resulting in colours that are a little cool, but it’s far from the worst I’ve seen on a smartphone.

Colour gamut coverage is excellent. Colour gamuts are colour spaces used by artists, videographers and photographers to guarantee accuracy and consistency when printing or viewing them across devices.

The sRGB spectrum is the most common; it’s used as a metric of general colour accuracy across most devices. It’s the easiest to cover, which is the reason the P30’s 99.9% coverage is admirable, albeit unsurprising.

Adobe RGB used to be the gamut used by digital artists and photographers. It’s harder to cover than the general sRGB. The P30s 84.9% coverage is a solid result, which means that although you’ll be able to get away with basic photo editing tasks, you’re always better off doing this on a bigger screen, if possible.

The DCI-P3 colour space is the one favoured by cinematographers and what most movies are shot in. Apple made it a key spec for laptops and tablets when it launched its first-gen iPad Pro, which featured a True Tone display targeting the DCI-P3 gamut. The P30’s 92.6% coverage is again, excellent.