The P10 is the successor to Huawei’s P9 flagship, which in my mind was the firm’s finest handset to date.

It continues the company’s push to dominate the camera market and features a refined version of the “designed by Leica” dual-camera setup seen on its predecessor. This, plus a few subtle but important design and hardware improvements, makes the P10 look like it could be a valid rival to Samsung’s upcoming Galaxy S8 and the excellent LG G6.

With its retail price set at £550 in the UK, however, the P10 is one of the most expensive phones ever made by Huawei. Couple this with the fact that for only €50 more it’s possible to pick up the better-specced “Plus” variant of the P10 (UK pricing yet to be confirmed), and the P10’s overall appeal is hampered, making it a good as opposed to perfect choice for premium buyers.

Design-wise, the P10 looks more like an iPhone 7 than a Huawei phone. Some of the coloured variants, such as the blue version, differentiate themselves by sporting a textured finish. Overall, though, were it not for the appearance of a USB Type-C – not Lightning – port at the bottom of the handset and the Leica and Huawei branding on its rear, you could easily mistake the P10 for an Apple phone.

Some will bemoan the lack of originality; for me, this isn’t too much of an issue since the P10 ticks all the right boxes when it comes to functionality.

The metal exterior feels suitably solid, and the use of Gorilla Glass 5 on the front screen should offer reasonable scratch-resistance – although I’d still refrain from dropping it in a pocket with your keys. 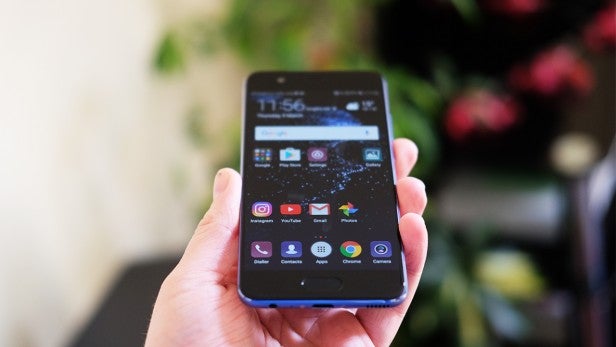 The P10’s 7mm thickness and 142g weight make it super-comfortable to hold, even for folk with small hands. I’m also pleased to see the phone has a microSD card slot, which will enable users to add a further 256GB of space to the basic 64GB built-in storage.

My only slight quibble is that Huawei has opted to position the fingerprint scanner on the P10’s front, as I’ve always found a rear placement more intuitive in use. The scanner on the P9 was a particularly fine example, with placement exactly where my index finger naturally fell when holding it.

Huawei has partially made up for this by adding some advanced control options to the P10’s scanner. A short press acts as the standard Back button, while a long press brings you back to the homescreen. Swiping left or right will bring up the apps Overview screen.

The company claims the button will be easier to use than Android’s on-screen inputs, thanks to the addition of a custom Ultra Response feature. The feature reportedly tracks your usage habits so it can intelligently predict where your finger will go next, reacting preemptively and thus reducing latency.

Such functionality sounds useful, and on first receiving the P10 I did use the features out of novelty. But following a week with the handset, I didn’t notice a huge difference in response times and reverted to using Android’s on-screen commands – which is what I imagine most people will do. 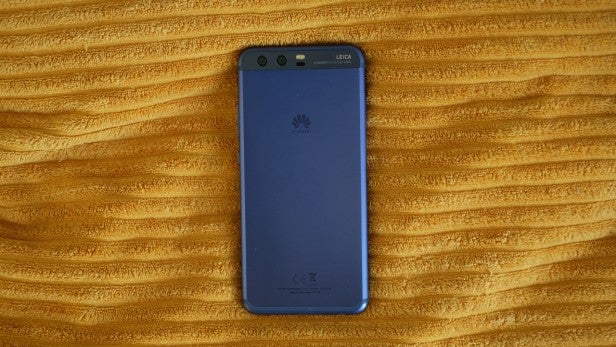 Many flagships, such as the Galaxy S7, may have made the jump to Quad-HD, but the truth is, most people won’t notice the difference in pixel count. The P10’s 432ppi (pixels per inch) mean that it’s all but impossible to discern individual pixels and icons, and text looks universally sharp.

The use of an IPS-NEO panel results in blacks that are better than those on regular IPS screens – and improved viewing angles – although they’re not as deep and inky as they are on phones with AMOLED screens. In addition, whites are clean and colours are neither overcooked nor too cool.  Maximum brightness levels are excessively high, to the point I generally found myself having to set the phone to between 30-40% brightness to use it comfortably. 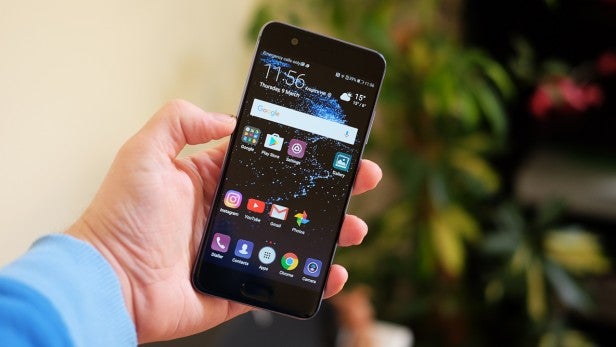 All in all, the P10’s screen is pretty good – although at this price, I wouldn’t expect anything less.