The internal components of the Huawei P10 Plus are similar to those in 2016’s Mate 9; and they’re just as impressive.

The Kirin 960 processor is a real winner, and easily the quickest and most efficient of any previous HiSilicon chipset. It tops the Snapdragon 821 in general use and is likely more comparable with the upcoming Snapdragon 835, which will sit inside the Samsung Galaxy S8.

Apps open without judder and that random slowdown that used to be common in Huawei phones is finally a thing of the past. In Trusted‘s regular benchmark tests, the Huawei P10 Plus outperformed most of the big-hitters, scoring 6237 in Geekbench 4’s multi-core score. That’s more than the Snapdragon 821-equipped Pixel XL (4152) and the iPhone 7 Plus (5793).

While general performance is superb, the handling of graphics could be better. The Mali G71 GPU is perfectly capable, but games present slower and less smooth than on an iPhone 7.

The P10 Plus offers 6GB of RAM – that’s 2GB more than the regular P10 and the LG G6 and Samsung Galaxy S7, but the same as the OnePlus 3T – and while more RAM is nice to have, it isn’t a necessity. I tend to use around 2.5GB-3.5GB of RAM at a time, so I’m not inclined to get too excited by Huawei’s generous inclusion here. 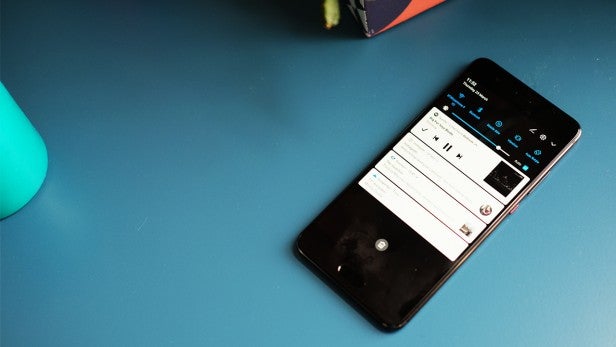 The 128GB storage as standard is appreciated, however; it makes the 32GB in the LG G6 positively tight. In addition, there’s a microSD slot supporting cards up to 256GB, if you wish to increase that amount further.

Both call and Wi-Fi quality are excellent, something I’ve come to expect from Huawei devices. The speakers aren’t quite so good, but the dual setup – one face down and one pumping out of the earpiece – is more than serviceable.

Huawei’s hardware has been good for a few years, but it’s only in past six months that it’s managed to bring its software onto a similar level. EMUI – that’s Huawei’s layer that sits atop Android – used to be a reason to avoid the ‘P’ series altogether, but that’s no longer the case.

While it’s true that EMUI isn’t as naturally good-looking as stock Android on the Pixel, it’s greatly improved in version 5.1. The old bugs that stopped proper access to Google’s services appear to be gone, and items such as the notifications panel and Settings menu are now much more in line with Google’s guidelines.

It even features parts that I like over and above your typical version of Android. The vast array of battery-saving modes are fantastic, while the gesture inputs on the home button are clever and actual time-savers. There’s split-screen multi-tasking, too, plucked straight from Android 7 – but the lack of support for Google Assistant is a tad annoying.

I’d still like to see the batch of pre-installed apps reduced, however – thankfully, most can be uninstalled – and you’ll likely be waiting a while for Android O to hit the P10 Plus. You’ll also continue to suffer from the constant badgering about certain apps using too much power – but, in all, this really is the best version of EMUI yet.

Huawei claims to have made a number of tweaks under the hood, too, all of which should keep the P10 Plus running more reliably for longer. The company says the phone should run just as smoothly on the day you unbox it as a year down the line. Although too early to test this claim right now, I’ll update this article with more thoughts later in the year.