What is the Huawei P10 Plus?

The P10 Plus is Huawei’s best phone yet. It takes the decent P10 and improves it in a variety of ways.

Its Leica camera is excellent in both light and dark scenarios, battery life is impressive and it comes with a generous amount of storage. It’s the first Huawei handset that can easily compete with big-name flagships such as the LG G6, iPhone 7 and Samsung Galaxy S7.

It isn’t perfect – there are a few frustrating missteps along the way – but with the P10 Plus Huawei has taken a significant step forward from churning out forgettable budget phones.

Huawei has been improving its basic design for some time now, tweaking its formula with every release rather than starting afresh each time. The P10 Plus continues in this vein, but with useful changes to keep it from feeling stale.

It’s clear that the design influence here is the iPhone 7. It isn’t unusual to see Android phones that resemble Apple’s flagship, but the P10 Plus takes it up a notch.

From the matte-black colour scheme, to the curved sides and flat back, the P10 Plus is almost a dead-ringer for the iPhone 7. Unoriginality aside, I’m not complaining too much about this. The P10 Plus feels great to hold; it’s thin, light and even with its 5.5-inch display I can comfortably grip the device in one hand. Initially, some may find that completely flat rear a little slippery, but you’ll quickly get used to it.

A notable change from the P9 is the placement of the fingerprint sensor. Previously, it sat just below the camera sensors on the rear of the phone; in the P10 Plus it moves to the front.

The position is fine – although my personal preference is for it to be on the back – and it’s among the fastest fingerprint sensors I’ve experienced. Even with a minimal touch, it zips you right past the lockscreen to the homescreen. 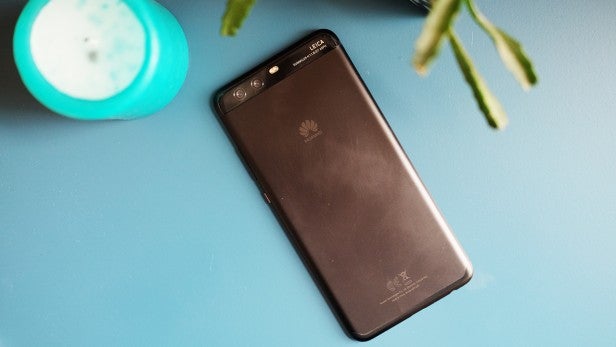 I’m also a big fan of the gestures that Huawei has built into the button. Alongside acting as the home button, a lighter tap takes you back and a swipe across the pad brings up the multi-tasking menu.

It’s all very intuitive, and it removes the need for any on-screen buttons on the display, resulting in slightly more screen real-estate. Even if you find it odd at first, stick with it – after a few hours’ use it will become second-nature.

I loved the matte-black colour scheme on the iPhone 7, and I remain a fan of it on the P10 Plus. However, Huawei has also teamed up with Pantone to offer other, slightly unusual options. ‘Greenery’ is Pantone’s ‘Colour of the Year 2017’, and is one such hue that I really like. The P10 Plus is also available in ‘Dazzling Blue’ and a rather bog-standard gold. The blue and green variations feature a a ‘diamond cut’ pattern on the rear, which is heavily textured and is therefore supposed to offer greater scratch resistance.

I’m disappointed that the P10 Plus isn’t waterproof. If Huawei really wants to battle the likes of the LG G6, iPhone 7 and Samsung Galaxy S7 – all of which are at least IP67 protected – it needs to match this most useful of features. 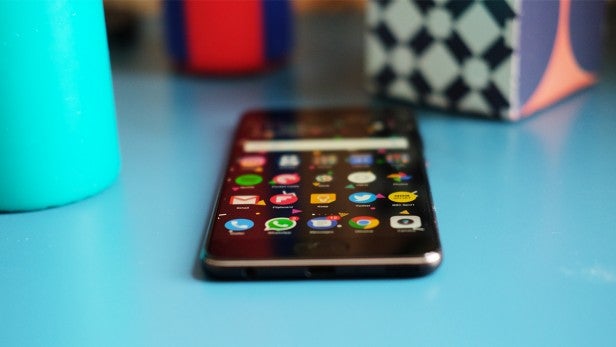 At times, the Huawei’s display is one of my most favourite things about the P10 Plus – but it’s also the phone’s biggest weakness.

In terms of resolution and quality, it excels. The 5.5-inch LCD IPS-NEO panel with a quad-HD (2560 x 1440) resolution looks superb. It doesn’t quite offer the inky blacks and saturated colours of an AMOLED panel – featured in the Samsung Galaxy S7 Edge, for example – but it isn’t far off. The use of an IPS panel also means the P10 Plus lacks support for Daydream VR.

Out of the box, the colours on Huawei’s display are a tad on the cool side – which is my preference anyway – but you can tweak them in settings to warm them up. Whites can sometimes look a little pinkish or yellow when scrolling, but this is a minor issue.

The screen is capable of going fantastically bright, and for much of the time I was happily able to keep it at 45-50% without running into any issues. The auto-brightness is accurate, too – something I often have trouble with on Android phones. 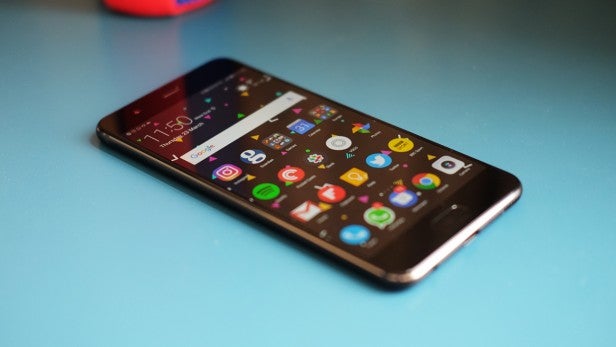 But there’s a problem – and it’s a big problem. On unboxing the P10 Plus, you’ll discover that it comes with a flimsy plastic screen protector already in place. Remove it, however, and the screen will no longer benefit from an oleophobic coating.

You’ll find this covering on pretty much every phone, and its purpose is to stop smudges and oily residue building up. So, if you remove the screen protector from the P10 Plus – and I did, since it was scratched and almost peeling off after a few days – you’ll have a phone that becomes horribly grimy after only a few minutes’ use.

I struggle to forgive Huawei for missing off such a basic feature, especially considering the asking price of the phone.