What is the Huawei Nova?

The Huawei Nova is basically a small, stripped-down version of the company’s 2015 Nexus 6P. So on paper, the Nova looks pretty awesome; the Nexus 6P is the finest phone Huawei’s ever made, offering fantastic Huawei tech, minus the dire EMUI software.

Unfortunately, with the Nova history doesn’t repeat itself. The end result is good – not great – phone that feels a little like a missed opportunity.

The Nova looks like a shrunk-down Nexus 6P. It has a metal body, with a slightly curved back and 2.5D glass front. The fingerprint scanner sits in the same position as it is on the 6P – on the Nova’s back – and the rear camera is housed in a similar-looking black panel across the phone’s top.

Some may bemoan the lack of changes, but I’m a big fan of the Nova’s design. The metal frame is solidly built and survived an accidental drop onto a hardwood floor crack- and chip-free. The chassis is also scratch-resistant, which is a regular problem on metal phones, such as the HTC 10. The only downside regarding the metal is that it makes the Nova feel a little heavy – it weighs in at a hefty 146g.

The fingerprint scanner on the 6P was one of the fastest around, which is why it’s no surprise to discover that the one on the Nova, too, is super-impressive.

The scanner is lightning-fast and I’m yet to have a misread using it, even when I was unlocking the phone in the rain. I’m also a big fan of its placement on the rear of the handset. The positioning makes the scanner sit where my index finger naturally falls, making it intuitive to use. 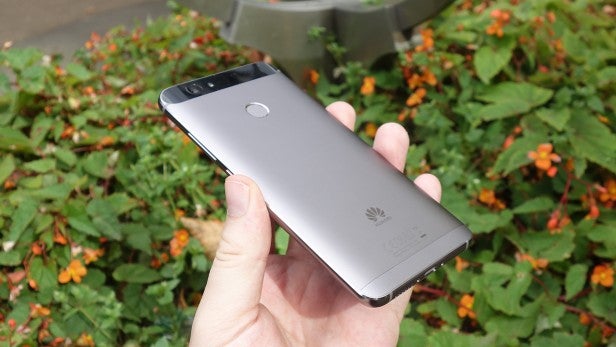 The reduced 5-inch dimensions make the Nova more comfortable to hold than its 5.5-inch 6P sibling, and one of the smallest Android phones on the market – although it’s still much larger than Apple’s dinky 4-inch iPhone SE.

The Nova is in the same size bracket as Sony’s series of Compacts, which is no bad thing. There’s currently a shortage of small hand-friendly Android phones, so the Nova goes some way towards plugging the gap. The size and the phone’s slightly curved edges make the Nova comfortable to hold and use one-handed, even if your hands are on the small side.

On the bottom you’ll find a USB Type-C charging port and the phone’s single speaker. The speaker isn’t the worst around and is loud enough for gaming and watching videos. However, like all phones, you really don’t want to listen to music with it. The microphone is up to the task of making calls, and let me happily chat while walking down a busy London street.

The included 32GB of storage is pretty par for the course these days, and can be upgraded using the phone’s microSD card slot.

The Nova’s 5-inch screen is one of the phone’s key selling points. The use of an IPS panel ensures whites are nicely clean and don’t have the blue tinge seen on competing handsets such as the Alcatel Idol 4S.

Colours don’t have as much pop as competing AMOLED displays, but at least they’re not oversaturated – as has become a recent trend with some manufacturers. 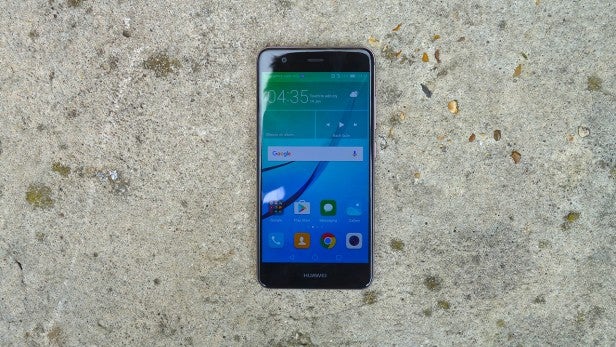 I’m happy to see Huawei has taken the exact opposite approach with the Nova. Colours are accurate without being too cool and blacks are nicely inky. Maximum brightness is also impressive, and in general I had no issues using the device, even in bright conditions. However, like all phones, it does become hard to read when hit directly with sunlight.

Some people will quibble about the screen’s 1080p resolution, but QHD hasn’t really taken off in the mid-range market yet, and you’ll struggle to find a sharper display on a phone costing less than £500.