The point where phone and tablet meet… pointlessly?

The Huawei MediaPad X1 is one of those curious devices that lives at the spot where phone meets tablet. This is a 7-inch phone, making it a bit too big to fit into trouser pockets.

Even Huawei admitted to us that it’s not something everyone will be able to get on with, especially given its ~£400 (400 Euro). But it has a few interesting bits. We took a closer look at MWC 2014. 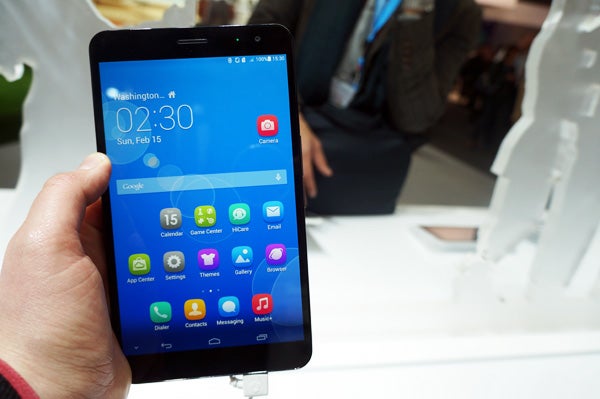 A 7-inch phone is always going to be tricky to handle, but the Huawei MediaPad X1 does its best to help. Its thin bezel makes it the narrowest 7-inch phone-tablet to date – it’s 103.9mm wide.

Of course, in phone terms it is absolutely massive. You can hold the MediaPad X1 in one hand, but you’d be foolish to try and use the thing without getting both mitts involved. Consider it a 7-inch tablet instead, though, and it’s pretty great. It’s slim and light in its class at 239g and 7.2mm thick. I can imagine using this thing on the train on the way to work – no problem. 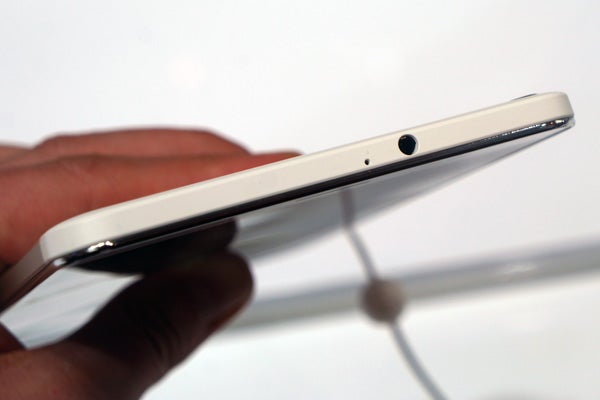 It feels pretty good too. The back is mostly anodised aluminium with a couple of plastic bits at the top and bottom to fit in the antennas, and to make fitting in the speaker grille and camera lens a bit easier (drilling into/molding plastic is cheaper and easier than drilling into metal). The plastic bits also hide the SIM slot and microSD memory card slot.

The price you pay for this slim, neat design is a rear speaker rather than having a front stereo pair like the MediaPad M1. However, you’ll probably be using earphones while out and about anyway. 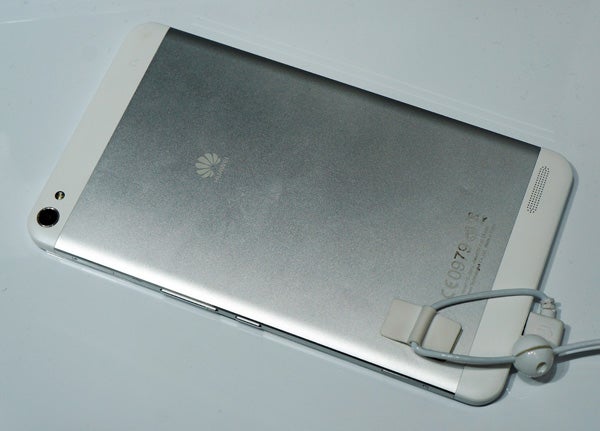 The MediaPad X1 has a much better screen than its M1 brother, though – despite being an inch smaller. It’s 1,920 x 1,200 in resolution offering good sharpness and great viewing angles thanks to its LTPS panel.

Brightness appears to be strong, and the tablet gives you control over the colour temperature too.

However, like other Huawei devices, it’s let down a bit by the software – it uses Android with the Huawei Emotion UI on top. It does three things that I think are slightly misguided moves, at least for the UK buyer.

It gets rid of the apps menu, instead jamming everything onto your home screens. This makes it a bit more like iOS, but as the organisation of apps is completely different, it just doesn’t work well. It tends to make your phone’s interface a bit confusing. 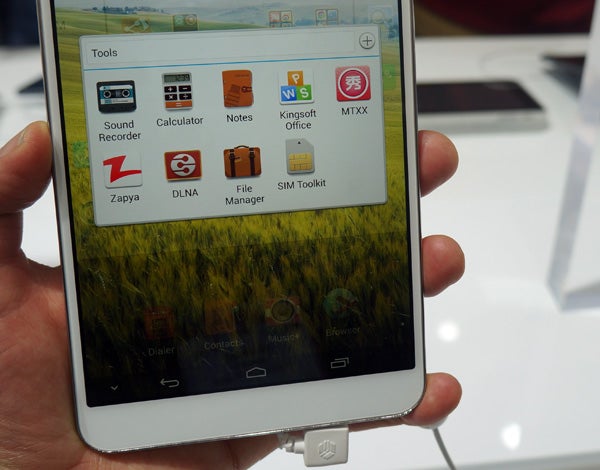 The second issue is the ‘hide-able’ nav bar. This makes sense when you’re watching a film or playing a game, but there’s little reason to do so while you’re browsing your home screens. And there’s too much potential to hide the bar accidentally. Again – confusing.

Finally, there’s the theme-based approach to the UI. These themes affect the icon style, the look of the shortcut bar and more. Most of them are a bit ropey, and while there is a friendly-looking one that trends towards the current norm of making interfaces look simpler and more coherent, we’re not even convinced all buyers will realise they can change to this look. 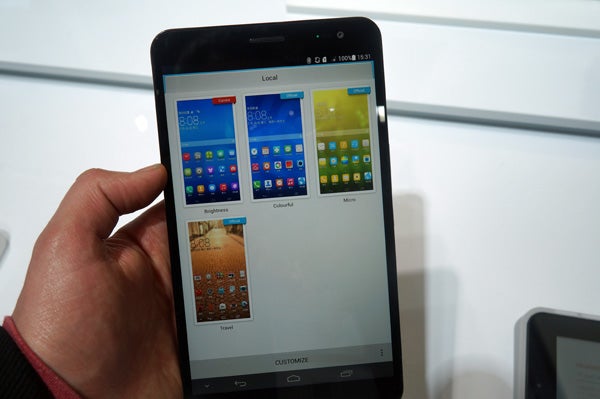 It’s software, rather than hardware, that holds the MediaPad X1 back – assuming you find a crowd of people interested in the idea of a 7-inch phone, that is.

Core specs of the MediaPad X1 are fairly strong. The phone uses a quad-core 1.6GHz Huawei HiSilicon CPU and 2GB of RAM. The processor is not quite as fast as the latest high-end Snapdragon chips, but it’s not bad.

This is a 4G-ready phone and its complement of cameras is unusually strong. It uses a 13-megapixel Sony rear camera with LED flash and a 5-megapixel front one. Higher-resolution front cameras are becoming a little more common, especially in the phones of Taiwanese and Chinese manufacturers like HTC and Huawei. ‘Selfie culture’ is hardly exclusive to those countries, much as I shudder at the idea of using the MediaPad X1 to take selfies with friends out in public.

The Huawei MediaPad X1 is a bit of an oddball. It’s a 7-inch phone, and it only makes sense if you consider it as such given that rival 7-inch tablets are available for less than half the price. It seems like Samsung may already have some of the MediaPad X1’s potential sewn up with the Note series of phones, but it is a promising device regardless.