Tablets have blazed ahead of other mid-sized screen devices in terms of display quality. A £500 tablet will make a £500 laptop screen look like trash.

The Huawei MediaPad M2 10’s display is pretty conservative, though. It’s 10.1 inches across and uses an industry standard IPS LCD panel. Its viewing angles, colour and brightness are all fairly good. 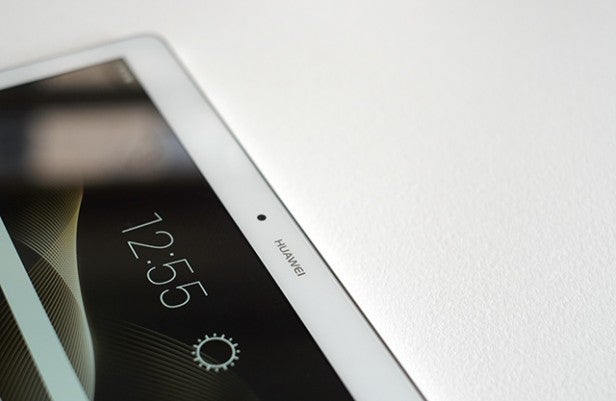 However, it doesn’t have the ultra-high pixel density that’s now almost expected in a non-budget tablet. Resolution is 1,200p, which at 10.1 inches results in a density of 224ppi.

This sort of resolution is perfectly fine, but it means you don’t get the pristine-looking text you’ll see in an iPad Air or an Samsung Galaxy Tab S2. Or even the MediaPad M2 8.0, which has the same resolution in a smaller display. Close-up, the pixels are noticeable here.

It’s a good screen, but you can now get better for similar money.

The Huawei MediaPad M2 10 runs Emotion UI 3.0 and Android 5.1. Neither is up-to-date: Android 6 Marshmallow and Emotion UI 4 are already out. Huawei doesn’t have a great track record when it comes to updating its lower-cost devices, either.

If you hate being out-of-date, stroll on. Aside from this, what you get is serviceable, but it has potential annoyances.

Like almost all Huawei Android devices, the MediaPad M2 10 doesn’t have a normal apps menu. It has no space where all your apps are auto-arranged alphabetically, leaving your homescreen as a spot to just keep a few apps and widgets. All apps end up on a homescreen here, and there are no obvious changes or extra features to make more use of the extra screen space it has over a Huawei phone. 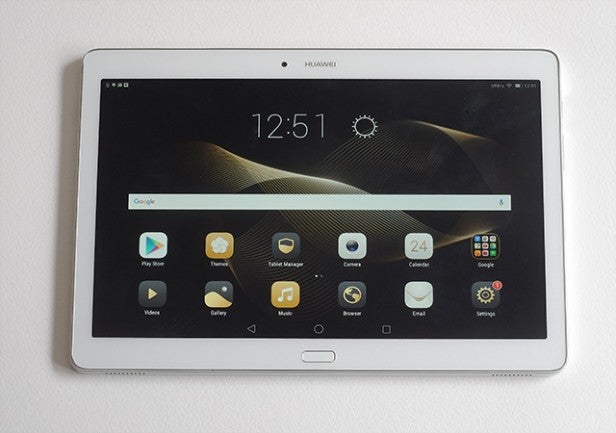 The one issue I have with a number of Huawei Android devices returns with this tablet too. It’s that you have to put a a fair amount of effort into curating your tablet to avoid it becoming a mess. Huawei added proper multitasking – where you have two apps on-screen at once – only in EMUI 4. The extra screen size here is wasted a little.

The software is a relatively basic take on Android. It works fine, though, and offers a level of customisation you don’t see in the Nexus 9, for axample.

EMUI uses themes, letting you reskin the MediaPad M2 10 completely with only a few screen taps. This is handy, as to start with there are some odd visual quirks to the tablet. The lockscreen is too busy, for example, but can be replaced. 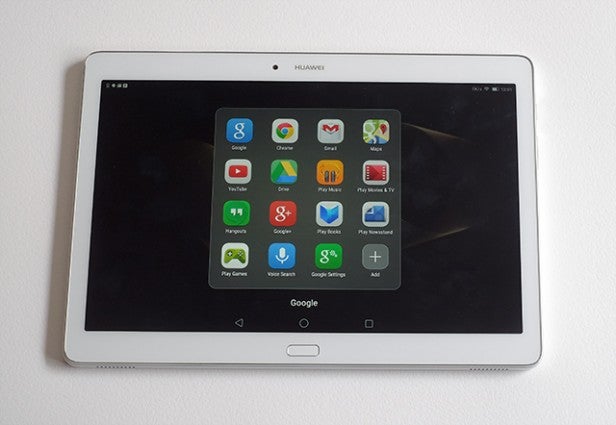 The Huawei MediaPad M2 10 has a solid upper-mid-range CPU, one you won’t find in non-Huawei devices. It’s called a Hisilicon 930, made by a Huawei subsidiary.

This is an eight-core chipset whose performance only sits below the top CPUs because its cores are the equivalent of a family saloon car engine, not one of a sports car. All eight are Cortex A53s. These are 64-bit cores, used in some of the very top-end phones and tablets as the everyday, lower-demand cores.

Four of the Cortex A53s are clocked at 2GHz, four at 1.5GHz, splitting the CPU into a familiar pair of teams. 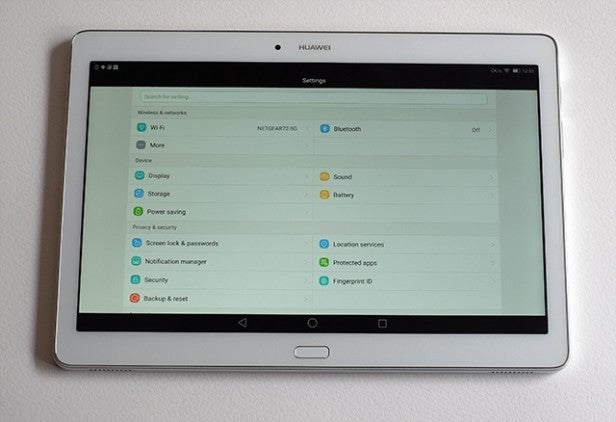 The CPU is matched with a Mali-T628 MP4, an ageing but still-competent GPU that’s a decent match for the 1080p screen resolution, even if it can’t touch the Adreno 330 used in top-end mobile devices of 2014, let alone the Adreno 530.

In Geekbench 3, the MediaPad M2 10 scores 3,562 points, which is expected given its mid-range spec and price well. 3D games run fine without obvious slow-down, and while the mid-tier GPU means you won’t always get access to the best graphics in games, you’re unlikely to be left out of the latest games for years. Mobile games tend to be fairly scalable.

General performance of the MediaPad M2 10 is very good. While the base Android Lollipop software is less zippy than Android Marshmallow, the laptop has enough power and RAM to minimise the difference. I’m using the version of the tablet with 3GB RAM; the non-Premium tablets have 2GB of RAM.