I’m not one who understands the concept of tablet photography. I can’t say that street shooting with a tablet, let alone a large 10-inch one, is something that appeals. However, for those who don’t mind, the Huawei MediaPad M2 10 has an unusually good setup.

Its rear camera has a 13-megapixel sensor and f/2 lens, matching what Huawei used in the 2014 flagship Ascend P7 phone. Image quality is roughly comparable too, which is impressive in a tablet whose price starts at just £249. 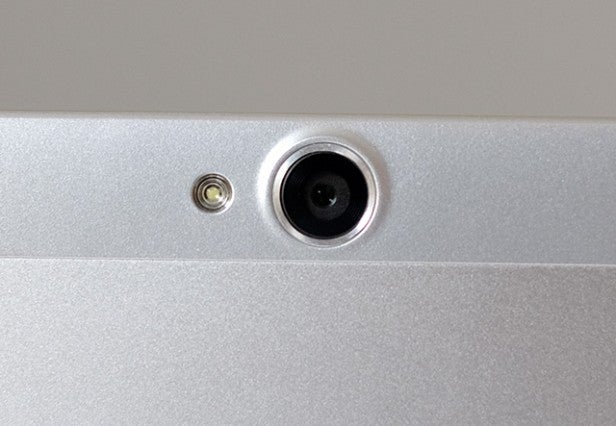 Right down at pixel level it is possible to catch some of the graininess visible in most of Huawei’s phones, which is down to the processing style: low on noise reduction. But as soon as you start looking at the M2’s photos it becomes apparent that they’re a cut above normal tablet fare.

Solid dynamic range, decent detail and natural-looking colours make for shots that are worthy of a holiday scrapbook.

The camera is pretty fast to shoot, too, and while I’m not a huge fan of the camera app layout, the Auto mode is unusually smart. It seems to add dynamic range enhancement when needed, meaning most of the time you don’t really need to use other modes. In my opinion, Auto comes up with the goods 99% of the time.

Switching modes is my main (minor) issue with the camera. It’s a little awkward. The app is otherwise easy to use.

There are limits to the Huawei MediaPad M2 10’s camera, of course. While good for a tablet camera, it isn’t stabilised, meaning low-light photos aren’t up to much.

Here are some photos I took with the camera: 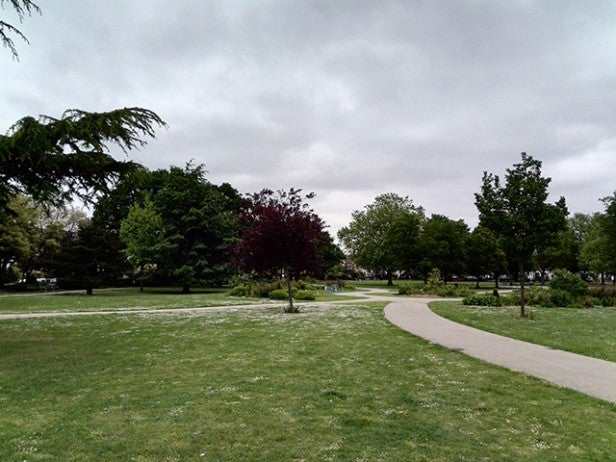 This was an Auto mode shot, but there’s clear HDR-style optimisation involved (bright grass alongside clear cloud contouring and no overexposure on a bright(ish), overcast day) 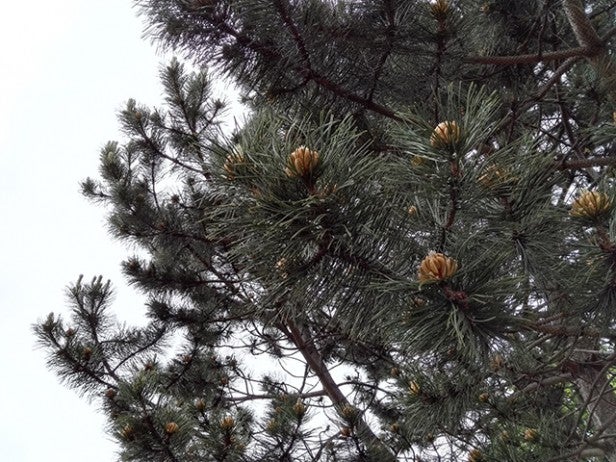 Once again, the dynamic range processing is impressive, bringing out dark detail even with an overcast daylight sky to deal with 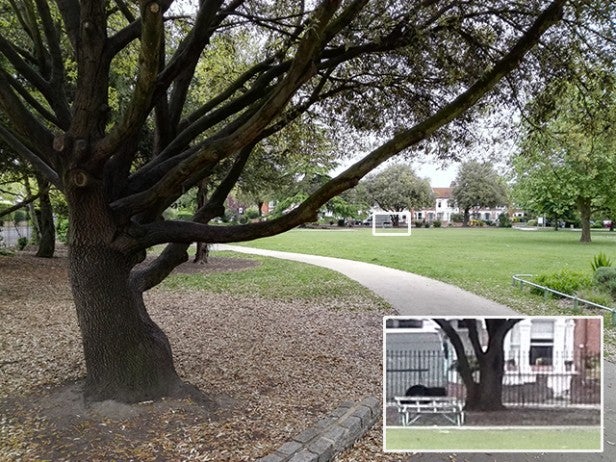 While the pics aren’t always as pretty as those of a high-end phone at pixel level, detail is good 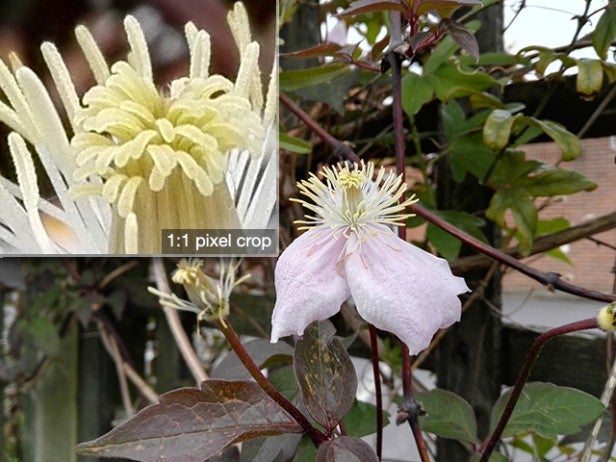 The MediaPad’s photos never look 100% clean, but it’s only because of the very light-touch noise-reduction style. Check out the grain in the 1:1 crop section

The front camera has a 5-megapixel sensor, which is becoming the standard for selfie cams in mobile devices. Once again, clearly it’s a decent-quality sensor, able to render 5-megapixels’ worth of detail in reasonable conditions. The quality of the images is a mite grainy, but it’s much better than them being totally soft.

Typical of a Huawei selfie camera, there’s a Beauty slider that lets you smooth out your slightly crinkly bits if you’re feeling a little insecure.

To add to a good camera setup, the Huawei MediaPad M2 10 offers solid battery life too. A 6,600mAh cell lasts for 13 hours of video playback (using a 720p MP4 file), while an hour of Minecraft drained exactly 20% off the battery. This suggest that the tablet will last for around five hours of gaming, then.

This is a more than respectable result for a 10-inch tablet.

While I’d like to see a MediaPad M2 10 with a higher-resolution screen, it seems unlikely the tablet would last quite as long as a result. Huawei has picked its battles. It’s up to you to choose whether you like its choices. 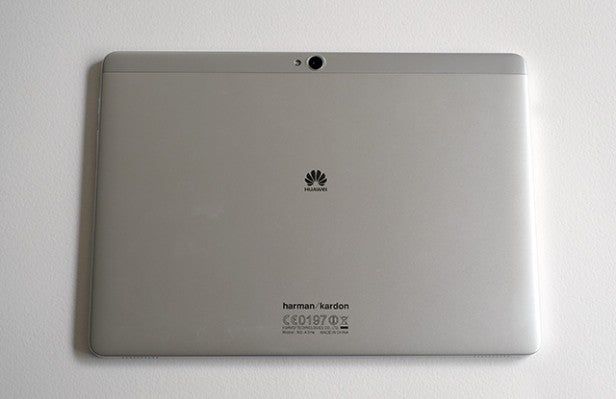 The Huawei MediaPad M2 10’s speakers are the only items clearly stamped with another brand. Harman Kardon units, and there are four in total;  two on the top edge and two on the bottom.

Note that they don’t simply pump out either side of the stereo feed. Two of the speakers are tuned for bass, the other two for treble. This is quite a smart idea, and a good way to avoid the distortion that can occur when a small driver is pushed to its limits. 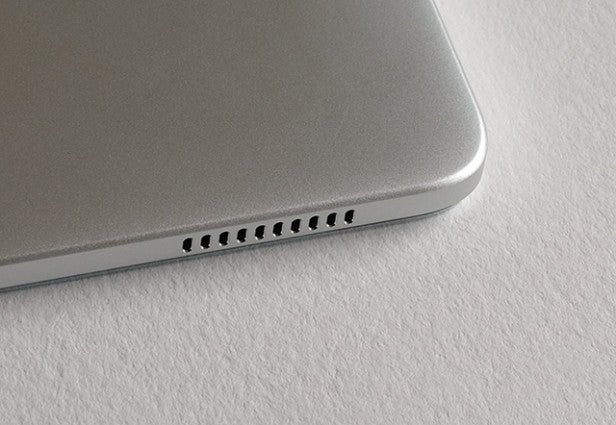 Top volume and sound quality are both solid, although Apple’s iPads still offer slightly more natural sound. The MediaPad M2 is the sort of tablet through which you could happily listen to a podcast or some tunes while cooking. It has enough bulk to compete with some ambient noise, and goes louder than most tablets.

However, Huawei’s SWS 2.0 threatens to mess up the overall effect. This digital signal processing modeaims to make the MediaPad M2’s sound much wider. It’s understandable, since the drivers fire up and down rather than out to the side. However, it spoils the tone, making it tonally unnaturally and, at times, harsh.

Keep it switched off, though, and – like the camera – it’s a cut above most. 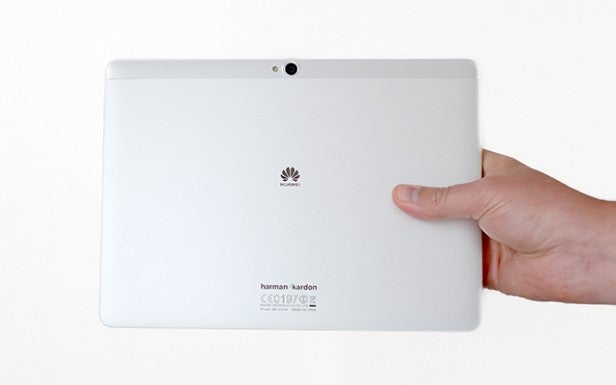 Should you buy the Huawei MediaPad M2 10?

The Huawei MediaPad M2 10 is an odd tablet, whose direction isn’t entirely clear. It’s close to being a budget tablet, but even at £249 it’s a little too near in price to the iPad Air; the Premium version has to deal with the ultimately more impressive Samsung Galaxy Tab S2.

While there isn’t anything that’s hugely wrong with the M2, unless you’re after a doodling tab that’s significantly cheaper than an iPad Pro 9.7, it’s unlikely to blow you away.

The MediaPad M2 does excel in some areas. Its camera is unusually good for a tablet, for example, matching the Moto G 3rd gen or a flagship phone of a couple of years ago for pure image quality. But would you appreciate that over a slightly more convenient device with a sharper screen?

It may lack a bit of direction, but the Huawei MediaPad M2 is a solid mid-priced tablet for those looking for a device that isn’t Apple or Samsung.