At a first glance, the MateBook X Pro 2 feels like an iterative update from Huawei, but new Whiskey Lake CPUs and more powerful graphics, not to mention plenty of style, could make this a hit – if the price is right.

The Huawei MateBook X Pro 2 is the follow-up to last year’s MateBook X Pro, Huawei’s first true high-end laptop. Essentially a Windows-powered MacBook Pro with a slick aluminium finish, top-drawer components and some extra flourishes – like a pop-up camera hidden inside the F6 key – and styling that anyone who is used to Huawei’s excellent Android smartphones would be familiar with, the MateBook X Pro had plenty to offer.

A year on, and Huawei is updating its top-end laptop. It has upped the graphics, improved the performance and made a smattering of other tweaks. There are no wholesale changes, but they could easily make an already excellent laptop even better.

Ahead of the official launch at MWC 2019 I got to spend an hour with Huawei’s three new laptops (MateBook 13 and MateBook 14 included) at a briefing session in London.

At the time of publishing, Huawei has not confirmed pricing for any of these recently announced laptops. We’ll update this article when we know more. The release date is March 2019. 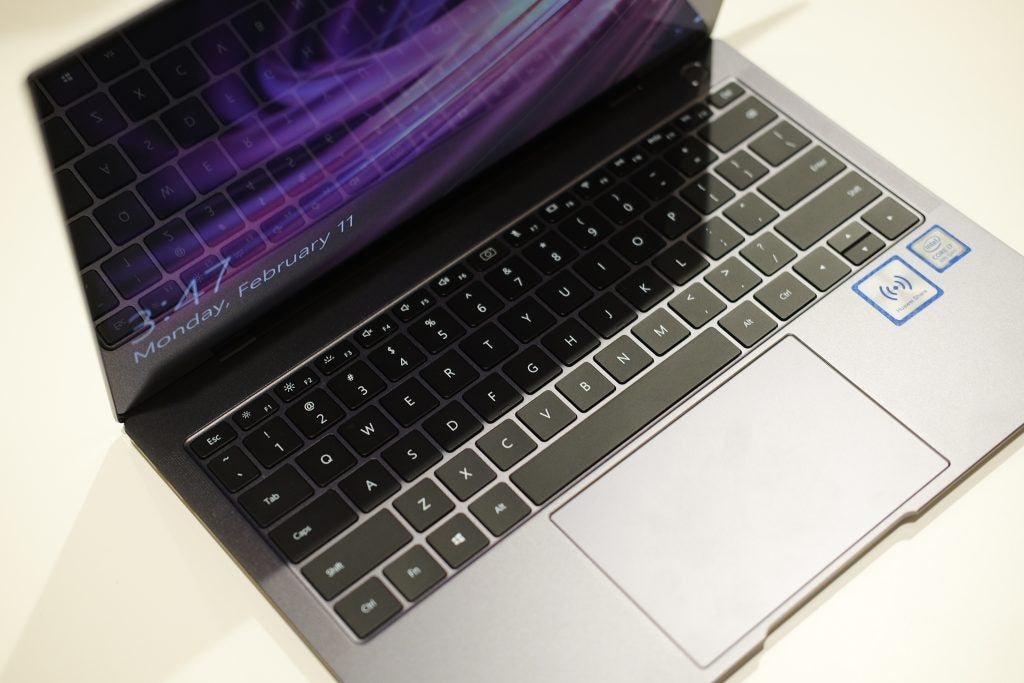 The big changes for this version of the MateBook are surrounding performance. There’s an update to the CPU, new graphics plus a bump to Thunderbolt 3 in the USB-C ports.

Specs will of course vary depending on the model you choose, however the version I was using during the hour long briefing session was the top-end version packing an Intel 8th-gen Core i7 8565U Whiskey Lake CPU and an Nvidia GeForce MX250 GPU. That’s a bump from the MX150 you’d find in last year’s laptop. We’ll have to benchmark these and run them through our usual tests to really see how much boost the performance has improved but expect that GPU to be fine for light gaming – the Asus ZenBook 15 we recently reviewed features the same processor and bigger Nvidia GTX 1050 graphics, and is fine for light gaming.

There’s Bluetooth 5.0 here too, plus a new cooling system that combines both passive and active cooling which promises to keep the laptop cool even under heavy load.

Dolby Atmos is onboard to help with audio when you’re watching films and there’s a quad-mic array for video chats.

Huawei claims you’ll get ‘14 hours of office use’ on a single charge of the 57.4Wh battery. That feels like an odd metric to me and I’m not sure how that figure was reached. Then again, the ZenBook 15’s battery gave us around 10-11 hours most days in our tests. If the Huawei MateBook X Pro 2 can come close to that, then that’s good news. 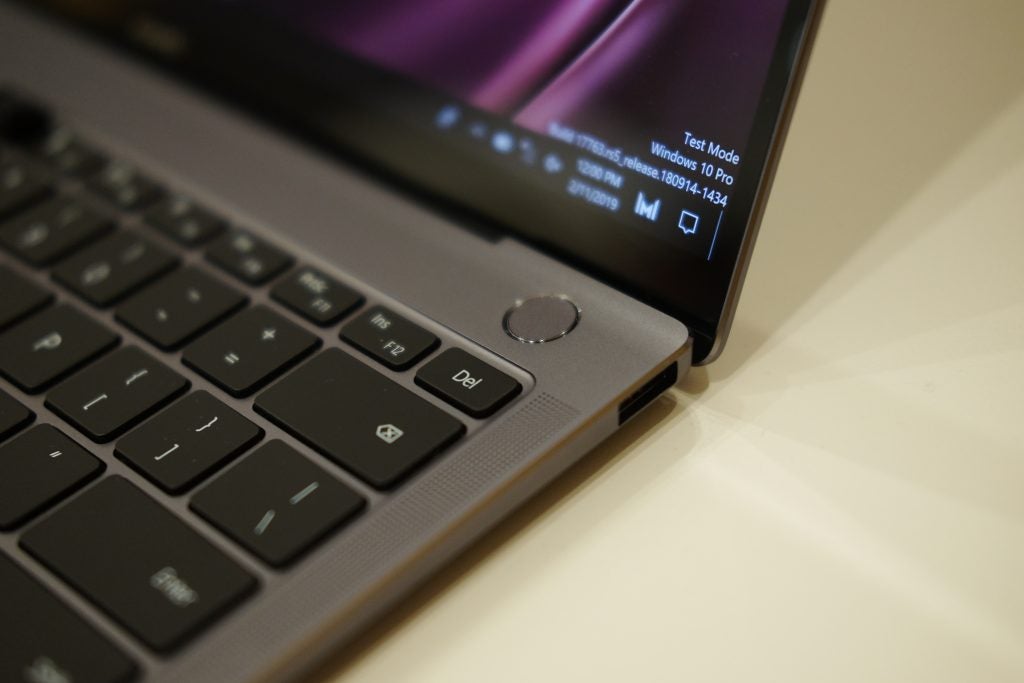 Huawei has done a really good job with the display here and it looks to be a fantastic panel. However, many of the features are unchanged from last year.

Brightness can be jacked up to 450 nits and Huawei claims that it covers 100% of the sRGB colour space, which is potentially great news for web designers. Let’s hope that improvements have been made in the Adobe RGB and DCI-P3 spaces, as last year’s version was lacking in this department. 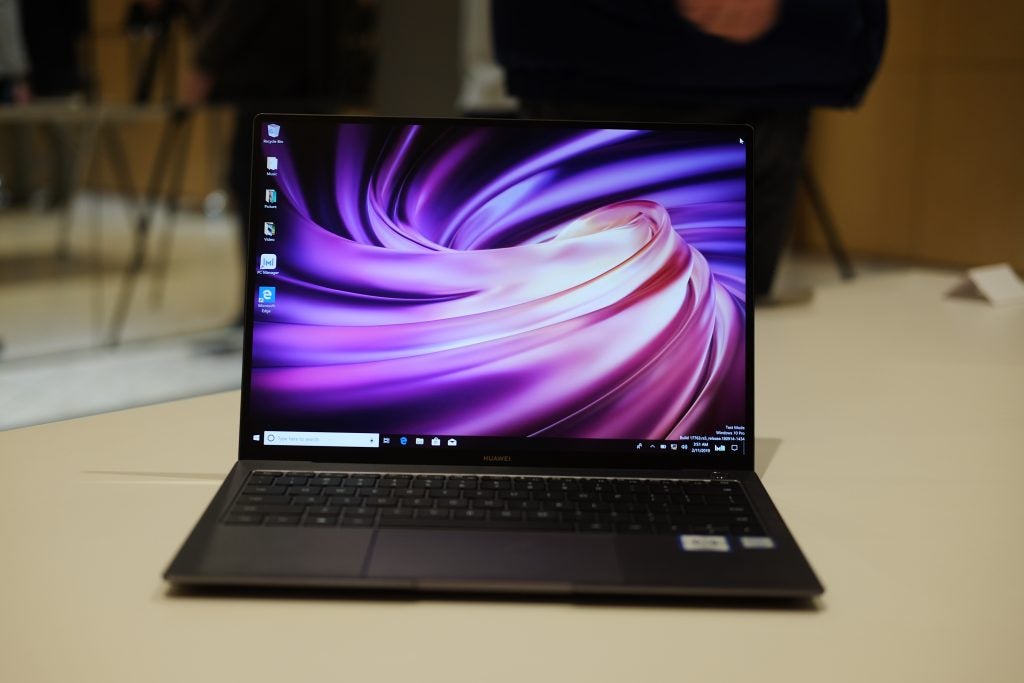 Colour gamut coverage aside, the Huawei MateBook X Pro 2’s display looks great and as there’s no virtually no bezel surrounding the panel it’s super immersive when you’re watching videos. Huawei said the screen-to-body ratio is 91% and it certainly makes a big difference if you’re coming from a laptop with a larger bezel.

To achieve that thin bezel Huawei has once again popped the webcam inside a function key on the keyboard. To enable it you just hit the key and it pops up. It’s a nice trick and one that’s great for privacy, but the view the camera gets isn’t the most flattering.

The feeling of familiarity runs through the design too as it looks just the same as the, admittedly already pretty attractive, outgoing mode. There are diamond cut edges everywhere, a fast fingerprint scanner in the home button and it weighs 1.33kg. It’s feel great to hold and the keyboard has nicely sized keys with good amounts of travel. The trackpad is large and comfortable, too. 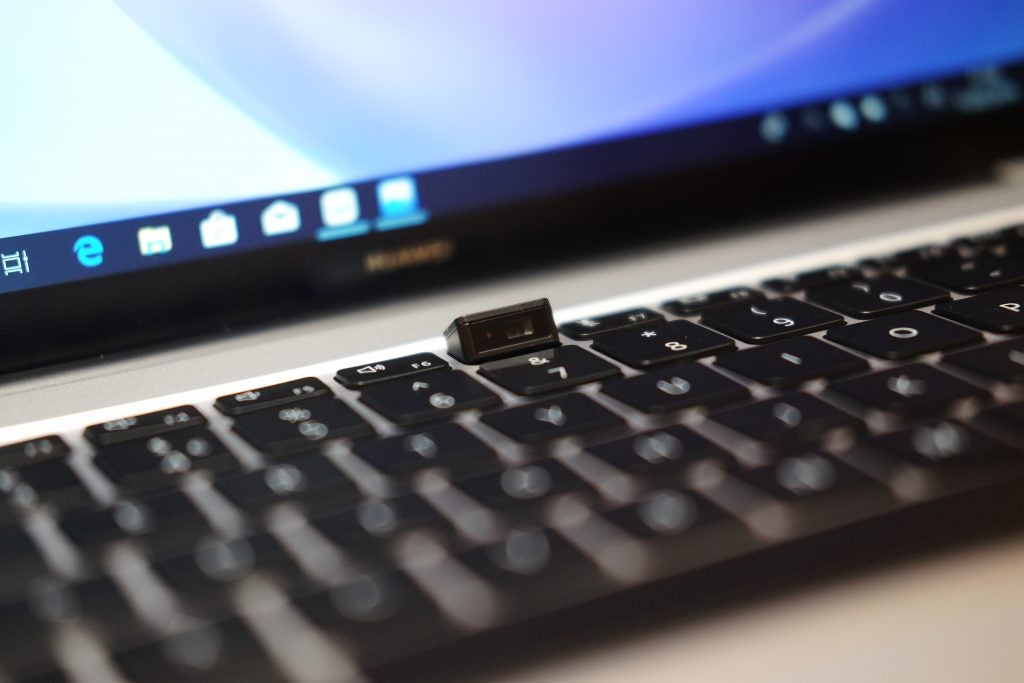 If you’re familiar with Huawei’s phones then you’ll know it loves to add a software trick or two, and that’s certainly the case here. The X Pro 2 has a feature that called ‘One Hop’ that allows you to easily transfer files and pictures from the laptop to a Huawei phone running the latest version of EMUI.

You tap the phone on the Huawei Share sticker next to the trackpad and depending on the movement you make with the different things can happen. For instance if you shake the phone and then tap it it’ll transfer a screenshot of what’s on the laptop to the phone. It can also recognise text in pictures.

To be honest it all feels a bit gimmicky and I don’t think it offers much to get people to consistently use it. 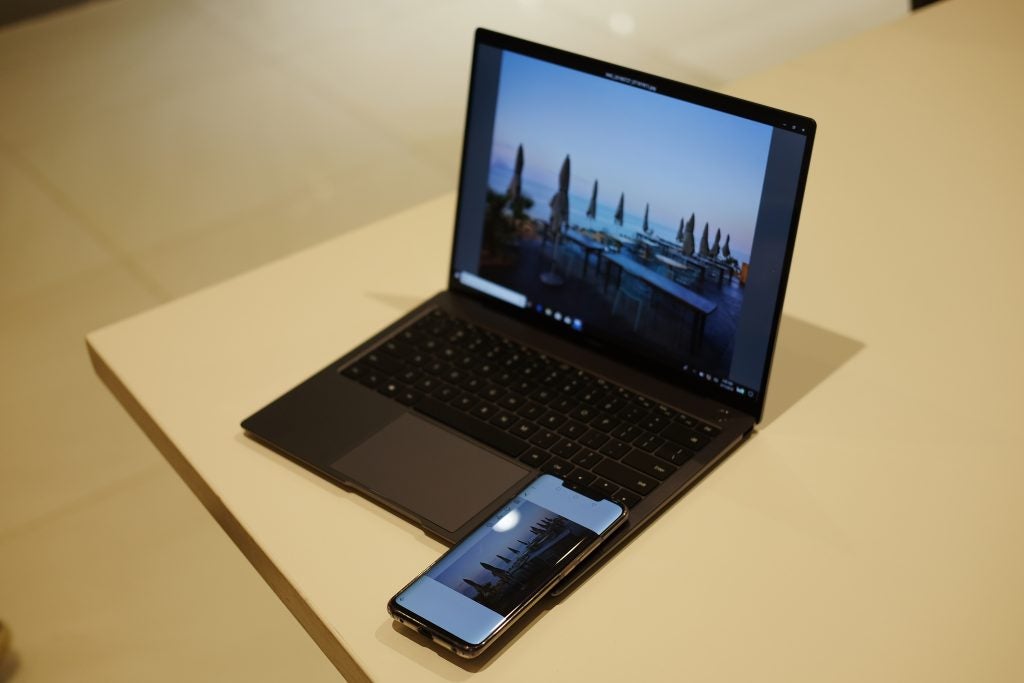 I like Huawei’s laptops a lot and even though this is more of a 0.5 update, it should still be a strong addition to the series. The screen is great, the design is slick and there’s lots of clever touches.