What is the Huawei Mate RS?

What happens when Huawei’s P20 Pro and Mate 10 Pro get spliced together in a nasty teleportation disaster? Beam me up a Mate RS, Scotty.

Okay, maybe it’s not quite that simple – the Mate RS does have a couple of tricks up its Porsche Design-tailored sleeve, but there’s a lot of P20 Pro DNA in here.

That’s no bad thing, though, as Huawei’s flagship is one of the best Android phones around right now, with a triple-lens camera array that’s among the best around, as well as smooth performance and all-day battery life. The Mate RS inherits all of that and more.

One of the biggest unique selling points of this Porsche Design special is its in-screen fingerprint scanner, although that proved to be utterly useless. The WQHD+ OLED display is a bigger success, thankfully, and the storage options are a massive 256GB or 512GB.

The asking price is the real kicker, though. It starts at €1550 and goes up to €2095 for the extra storage. And there’s no titanium, platinum or genuine certified moondust in sight.

The Huawei Mate RS looks an awful lot like the Samsung Galaxy S9+. It’s got a similar mixed-metal-and-glass chassis, a centre-mounted rear-facing camera and an equal amount of dead space at the top and bottom of the 2.5D curved screen, instead of a notch. 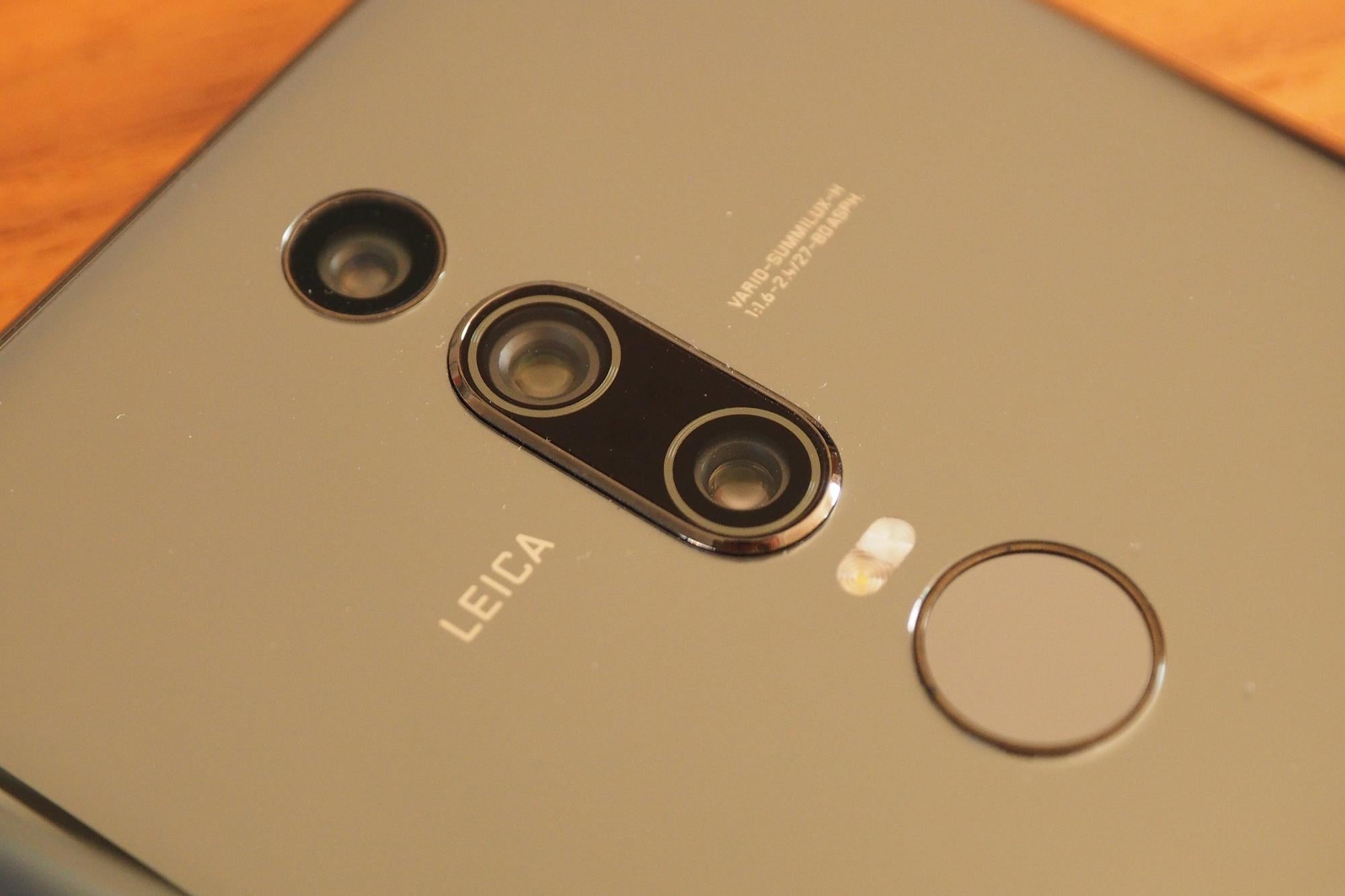 But the camera on Mate RS has a trio of lenses, just like the one on the P20 Pro. There’s also no 3.5mm headphone socket here – you get a UCB-C-to-3.5mm adapter in the box, as well as a pair of USB-C in-ear headphones.

It feels lovely to hold, with those gracefully curved edges helping it to nestle into the hand and make light work of that 6-inch screen. It also feels solid without being cumbersome. It makes the Mate 10 Pro seem rather old-fashioned already. Personally I could live without the shouty Porsche Design logo emblazoned across the front, though.

On the left-hand edge is a dual-SIM slot, but no space for a microSD card. When you’ve got 256/512GB inside, however, you shouldn’t need to expand the storage. 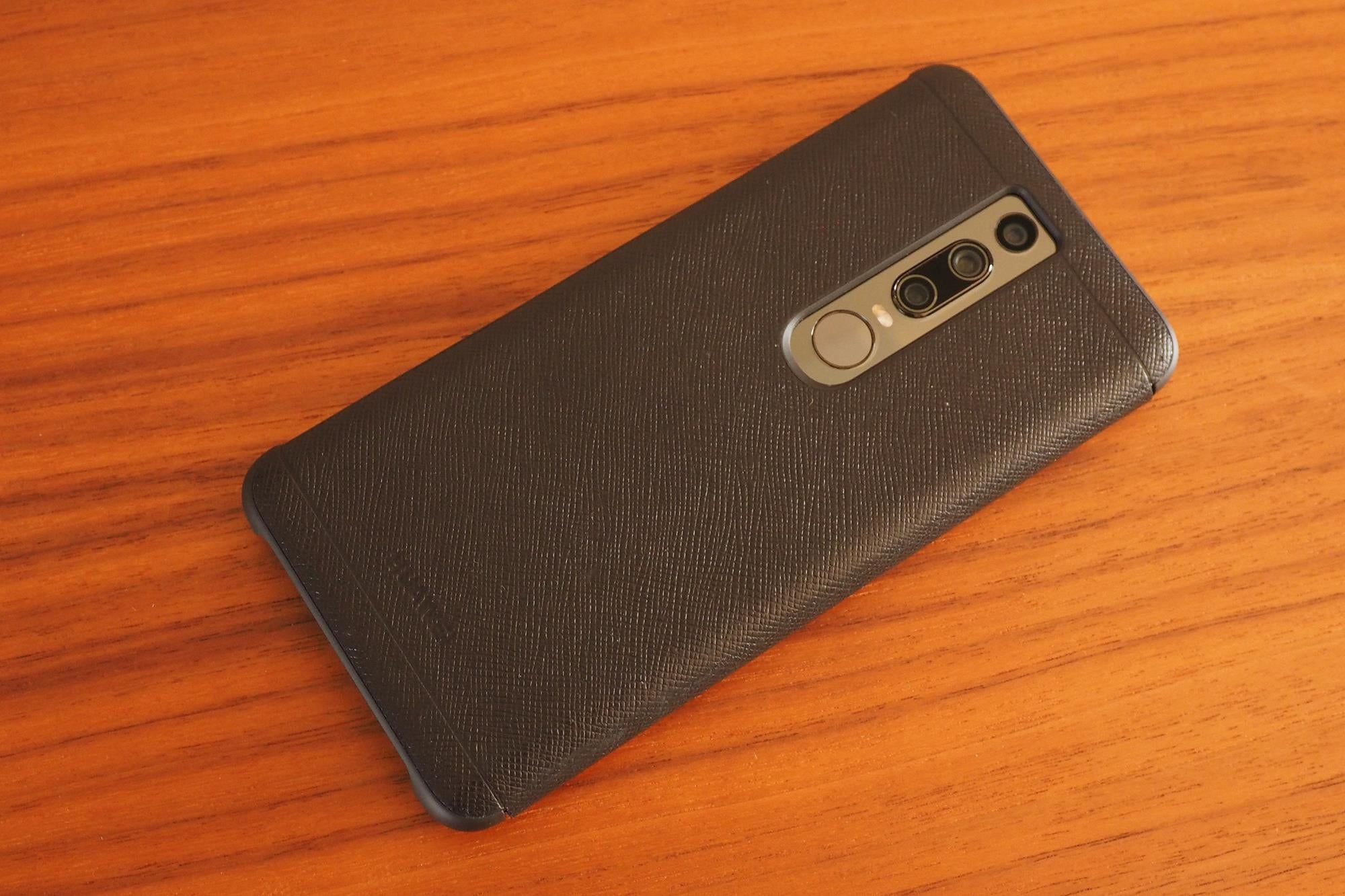 Supplied in the box is a leather folio case. Given that no third parties are likely to make cases for the Mate RS, this will almost certainly be the only case you’ll ever have for it – which is a shame. It’s a bit naff and actually feels more like faux leather. The folio flap also doesn’t quite bend right back on itself, so it tries to spring back a little as you hold it. It doesn’t act as a kickstand for setting the phone on a desk and watching video, either.

On the plus side, the clear panel running down the case’s right side does enable you to get a neat monochrome mini-display by pressing the power button while the case is closed. You get time, date, weather and steps walked. You can also accept or decline incoming calls simply by swiping up or down on the panel. 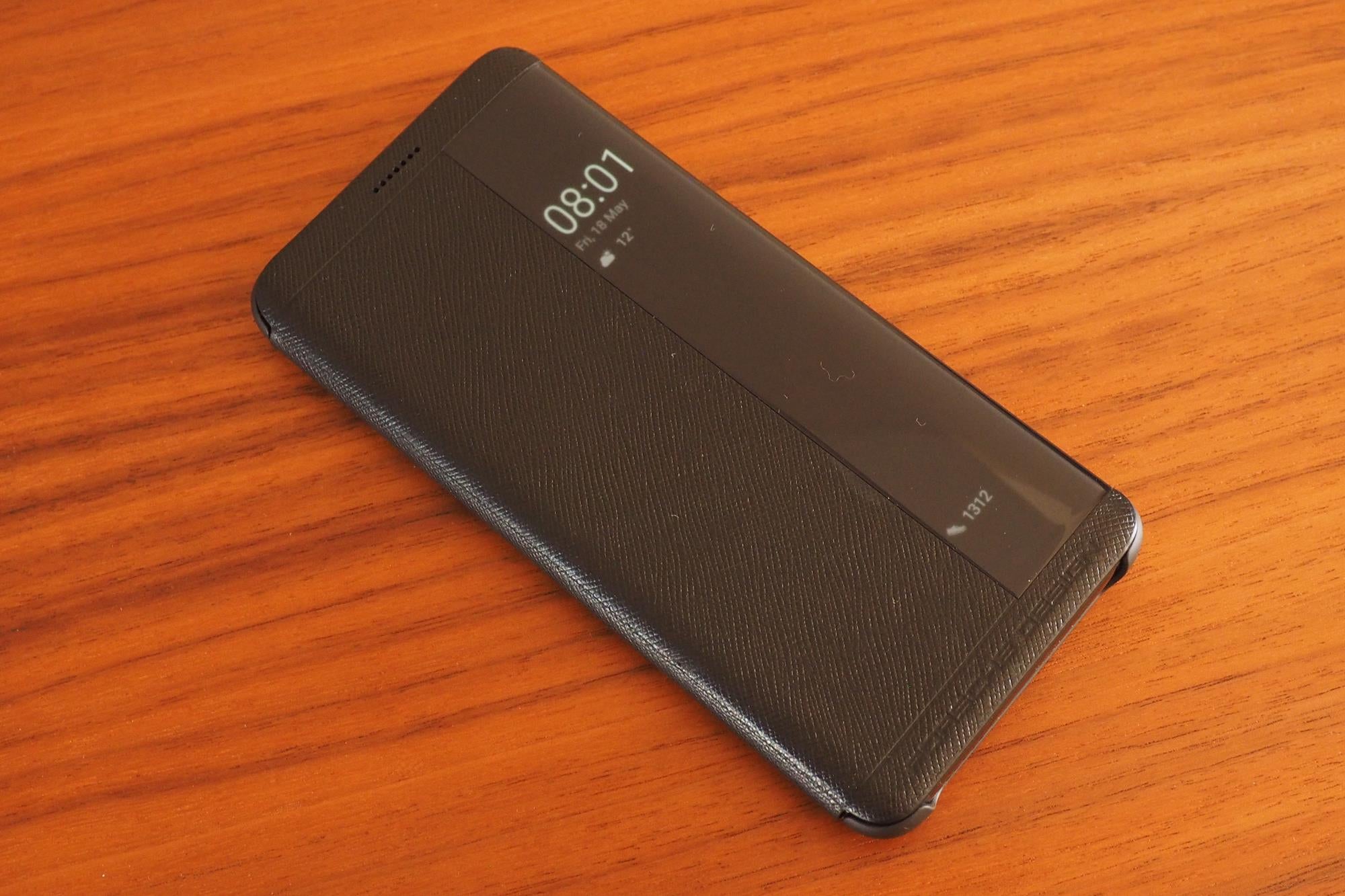 The 6-inch OLED display is one of the best around. It’s bright and clear, with fantastic viewing angles and excellent black levels. Text comes through beautifully sharp, and watching movies and TV shows on this phone is a joy – except for the case not allowing it to stand freely.

I’d even go so far as to say this is the best screen I’ve seen on an Android phone so far. Running some identical video next to the Galaxy S9, the Mate RS had better contrast that kept colours and highlights punchy without sacrificing detail in the darker areas of scenes. If you’re not satisfied with the colour balance, the Mate RS also enables you to tweak endlessly. It’s set to Vivid by default, which maybe pops a little too much, while the Standard mode is a tad dull, so it’s nice that you can easily get to somewhere in between. Most people will no doubt leave it in Vivid and be perfectly happy.

The Quick Setting pulldown menu gives easy access to the Eye Comfort mode, which reduces the blue in the display. If you have trouble getting a good night’s sleep, it’s worth using this mode in the evening, as I’ve found these blue-light filters to be very effective at allowing my brain to shut down.

If you’re paying over a grand for a phone, you wouldn’t expect anything other than slick running. And that’s exactly what you get. I haven’t experienced any lag or stutter, with every app opening when it should and operating as it should. Multi-tab browsing wasn’t a problem, either. That combination of an octa-core Kirin 970 processor and 6GB of RAM should be enough for anything you can throw at it right now.

Power-intensive games such as Real Racing 3 ran without any sign of CPU throttling, and the Mate RS never got super-hot. Porsche Design worked with Huawei to develop a state-of-the-art aerospace microcapsule cooling system – a world first for a smartphone – that stores heat generated by the internal components, releasing it periodically to maintain a consistent operating temperature, rather than dispersing of it right away. It seems to work.

Running our usual benchmark tests showed that it’s pretty much on par with its Huawei siblings, although it’s not rocking the same scores as competing 2018 flagships. This disparity hasn’t shown up in real-world use, however. You can see the full scores below.

Sound quality from the dual speakers is on the brash side compared to the Galaxy S9, but at least the Mate RS goes impressively loud. 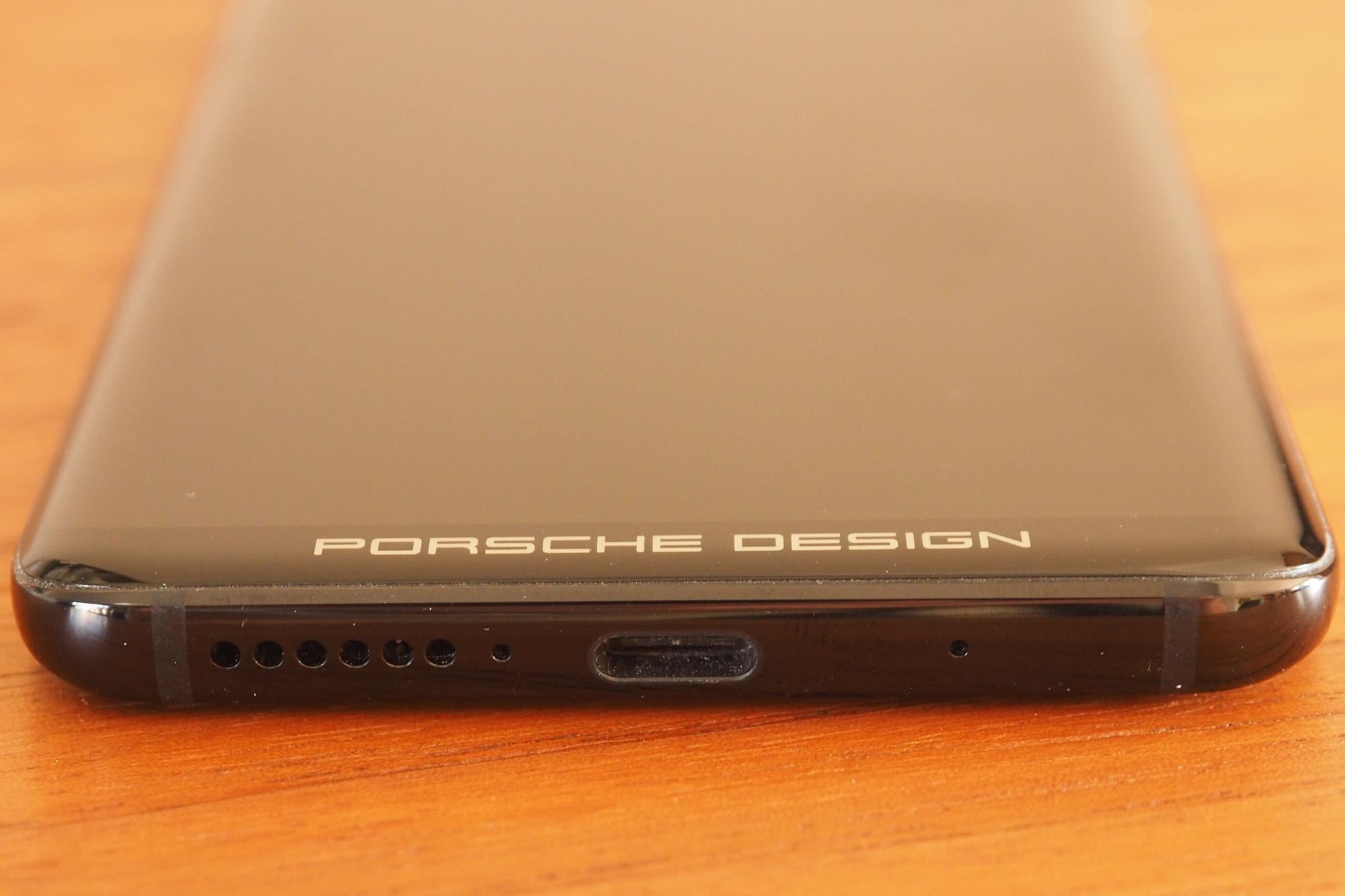 Huawei’s EMUI reskinning of Android has taken a right kicking over the years, but it’s improved and been cleaned up to the point that, I’ll admit, I actually like it now. However, I had a rather annoying issue with EMUI on the Mate RS.

The particular flavour used here is based on Android 8.1, and repeatedly told me it needed updating – to the same version. I kept accepting the update, hoping at some point it would stick. But no. I’ve now updated to the same version of EMUI four or five times, and still it tells me there’s a new software version available. Hmm.

Ignore that and it’s all pretty slick, with an excellent pull-down menu and some useful settings – particularly the ones for battery saving. Should you wish to have an app drawer, the option is there. 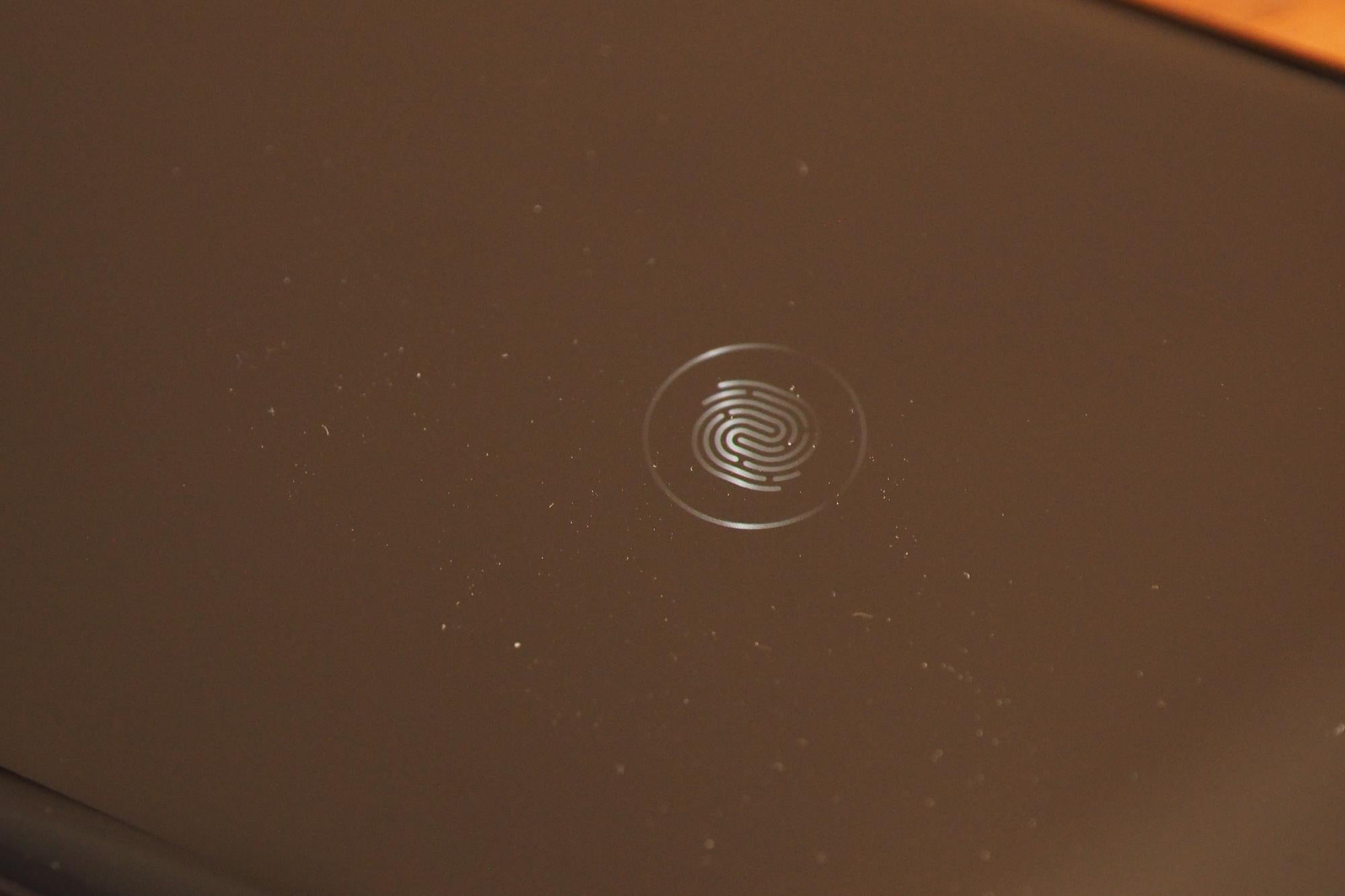 One thing that’s as far from slick as you can get is the in-screen fingerprint sensor. I enrolled two different fingers – one of them three times – and the Mate RS still refused to acknowledge them 99% of the time. For a phone costing over £1000, that’s embarrassing.

Thankfully the rear fingerprint scanner is super-quick and reliable, and the facial recognition is fairly dependable, too.