Software is a constant problem on all Huawei devices. Instead of skinning Android with a few additions and design changes like Samsung and HTC, Huawei completely rebuilds it.

Everything from the notification panel, to the quick settings to the lock-screen has been torn apart and changed. I’d applaud this if it was a change for the better, but it isn’t. It’s like Huawei has taken all Google’s well thought out UI elements and gone ‘Yeh, we think our way is much better.’ It’s not.

It’s pretty much like an iOS and Android mash-up, but without the style or finish of either. I hate the lack of app drawer, the ugly transparency effects and the way the quick settings are separated from the notifications. It’s a frustrating experience. 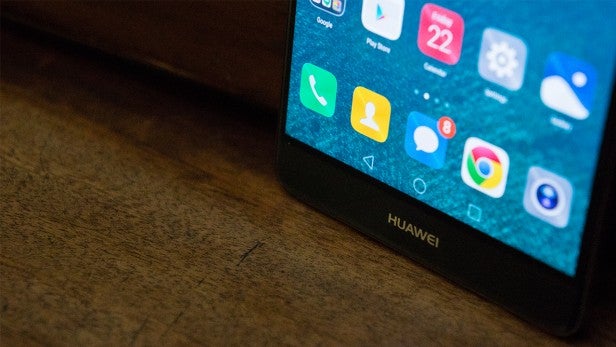 It’s not the design though, it just seems like too many things don’t work properly on Huawei’s skin. For example, even though the latest edition of the EMUI skin is built atop Android Marshmallow, one of the biggest features of the software is missing. For some reason, Google Now on Tap is nowhere to be seen.

There’s also far too much pestering to ‘close power intensive apps’ going on, they seem to be fine on every other Android phone, so why am I constantly being told to force quit Facebook here?

Notifications from Google’s app are still broken, just like they were on the P8 and Mate S. Get an alert from GMail or Hangouts and the text turns black, blending in with the drop-downs background and making it unreadable. It’s things like this that make it so hard to recommend.

There’s always the chance to use a different launcher – Google Launcher or NOVA, for example – but even doing this is much tougher than it should be. You really have to search it out in the settings, and even then you can’t change the notification panel. 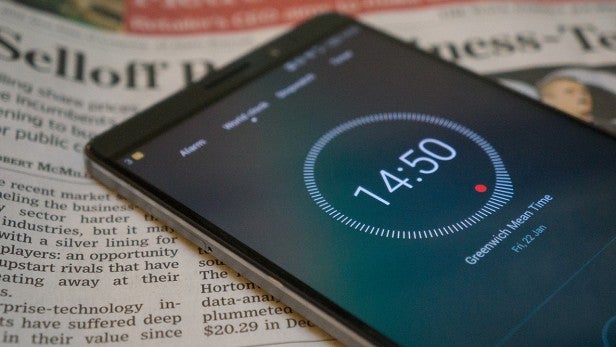 It’s nice to see a Huawei phone running the latest version of Android, but when it’s this this hamstrung it feels like one step forward and two back.

I have lots of complaints about the Mate 8’s software, but there aren’t enough superlatives to describe how good its performance is.

The Mate 8 is one of the fastest phones I have ever used. Granted, I’m yet to fully use something equipped with the Snapdragon 820 but we’re in for a speedy year if it matches the Kirin 950 octa-core processor used here.

Built by Huawei, the 64-bit chip boasts four 2.3GHz and four 1.8GHz cores and there’s 3GB RAM tucked inside too.

It manages to open up apps without a hint of judder, something many Android phones still seem to struggle with (I’m looking at you, Samsung) and lag is virtually impossible to find. The only time the phone seems to struggle is with the camera app but I will get on to that in the next section.

If you’re an intensive Android gamer there’s a lot to like here. Hitman Sniper, Lara Croft: Go, Asphalt 8 and more all performed without so much as a frame-drop.

The Mate 8 absolutely blitzed our usual set of benchmarking tests, scoring 6,300 in Geekbench’s multi-core test. That’s the highest we’ve seen, beating off the Samsung Galaxy S6 Edge+ which picked up 5,014. It couldn’t quite match the single core performance of the iPhone 6S Plus though, picking up 1,657 as opposed to 2,465. 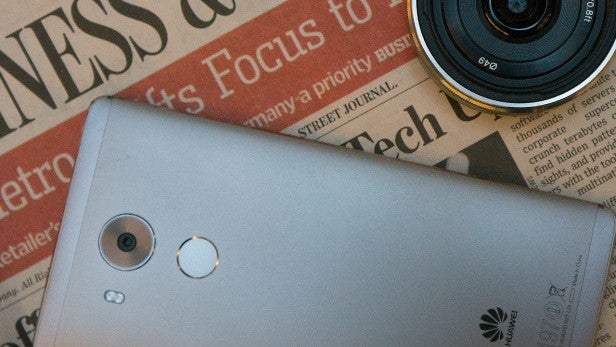 On the latest version of Antutu it again placed top of the list, with a score of 92,746. As a comparison, the iPhone 6S scored 59,069 and the Nexus 6P 50,030. That’s a pretty big improvement over two of last year’s speediest phones.

On the back of the phone there’s a circular fingerprint scanner placed below the camera, it’s super fast too. It takes about three to four presses for the initial set-up and then the phone will unlock almost the instant you tap your digit over the scanner.

32GB of internal storage comes as standard, though there’s also a microSD card slot (this doubles as a second sim tray) that can be combined with that initial storage.