Arranged in a 2×2 grid on the rear of the device is a main 40-megapixel f/1.8 sensor, 8-megapixel f/2.4 telephoto sensor for zooming and a 20-megapixel f/2.2 ultra-wide sensor. There’s also a dual-tone LED  flash rounding out the package.

That ultrawide sensor is the most obvious change from the Huawei P20 Pro, replacing the monochrome sensor Huawei has been using for a while. The reason for this switch is simple: Huawei said there’s enough data and detail captured in the 40-megapixel sensor to make the extra info picked up by the black and white sensor redundant. This seems like a clever move, and it’s one that pays off in practice. Having both a normal focal length, telephoto and ultra-wide sensor offers up a ridiculous level of versatility with your shots.

You’ll get the best shots out of the 40-megapixel main sensor. By default, the Mate 20 Pro utilises pixel-binning to use those 40 megapixels to produce a 10-megapixel image. You can shoot purely at 40-megapixels, but this limits the number of features available (you can’t zoom, for example) and leaves you with very large file sizes. 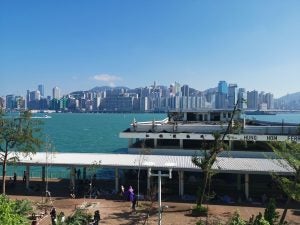 Colours are nice and vibrant 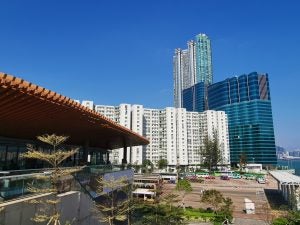 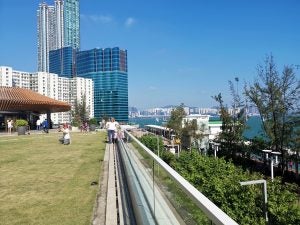 There’s a bit of extra pop in colours 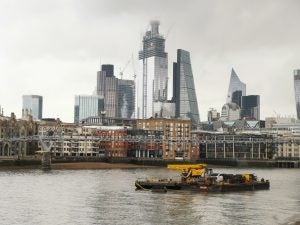 Telephoto: You don’t lose much when you zoom

Another option on by default is the Master AI system. This makes use of the dual neural engines inside the Kirin 980 to detect scenes and objects, altering the look of the picture in the process. I found this AI boosts colours, adds some minor sharpening to landscapes, and smoothes faces. Nothing is too strong, though, and this mode also builds in HDR.

Master AI will also suggest appropriate times when you should switch between the various available modes. Point the phone at a person and it will enable portrait mode; point it at a bridge and it will switch to ultra-wide. I’ve been thoroughly impressed with how well it determines the subjects presented to it in my viewfinder.

On occasion, the Master AI makes too many changes to an image, often boosting blues in the sky too far and making greens and reds look unnatural. However, some will probably prefer these changes; and it does feel as though Huawei is making photos as “Instagrammable” as possible.

If you really dislike the AI changes then you can turn the feature off completely. I’d advise against this, though, since it really leaves your snaps looking flat, lacking in dynamic range and colour.

Ultra-wide shots can suffer from some loss of detail around the edges but in general, details and colours are good. The 8-megapixel telephoto sensor is the only one of the bunch to be optically stabilised (all the others rely on Huawei’s software-based EIS) and this helps minimise hand-shake when taking portraits. Again, the results are mostly very good, with accurate cut-outs around everything apart from really straggly hair strands and unusually shaped glasses. 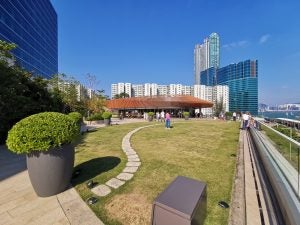 Ultrawide: This adds some more versatility to your shots

Low-light shots from the Mate 20 Pro really impress. Colours are kept intact and it doesn’t add too much muddy noise to the sky in the process. There’s a dedicated Night mode for capturing a photo of a building or still object at night. It takes a few seconds and snaps at multiple exposure values, combining them together for a seriously bright photo. 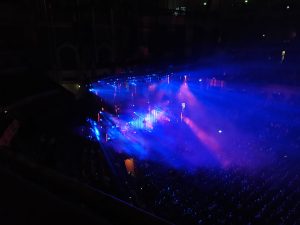 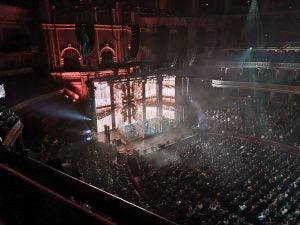 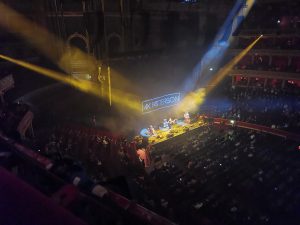 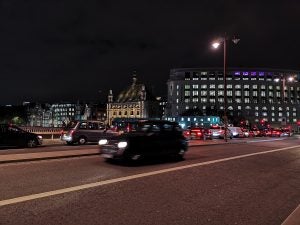 Night Mode can struggle with movement 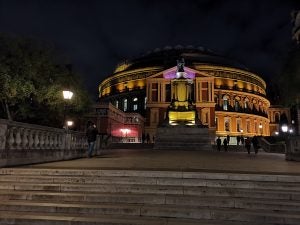 Another shot with Night Mode 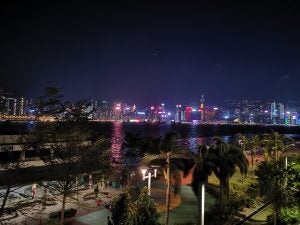 Where the Mate 20 Pro camera is less successful is in video capture and selfies. The 24-megapixel front camera delivers relatively poor selfies; it feels like all those megapixels are being wasted. Video recording, too, is nothing more than adequate. There’s no 4K at 60fps and the image stabilisation is less effective here.

There’s a 4200mAh battery tucked inside the Huawei Mate 20 Pro. That’s a sizeable cell and even more impressive when you consider just how svelte this device is. As the capacity suggests, this is a champ when it comes to endurance.

Many phone manufacturers often tout “two days of use” but the Huawei Mate 20 Pro is one of the few mainstream handsets I’ve reviewed that can genuinely go from 8am on one day and last until midnight the next, and this is without too much fiddling with battery-saver modes.

The decent battery optimisation features really help you tailor the phone to work for you. You can alter screen resolution manually, or pick from two preconfigured battery-saver modes. There’s even a Performance mode that will do the opposite, optimising the phone for improved speed at the expense of longevity.

I’ve been shifting between the modes depending on the tasks I’ve been performing and they each appear to make a genuine difference to endurance. Leave everything on ‘default’ and you’ll get on average 6-7 hours screen-on time. That’s impressive going.

Streaming an hour of HD Netflix over Wi-Fi, with brightness set to 50%, consumed a mere 5% power. That score is comfortably better than other Android phones. It does a decent job of conserving juice during gaming, too – even in intensive, graphically demanding titles.

When you do run low on juice, the Mate 20 Pro has a few more tricks up its sleeves. It supports 40W fast charging (as a comparison, the iPhone 11 comes with a 5W charger), which will give you roughly 65-70% in around 30 minutes. This means I can charge up the phone in the morning and have enough power to comfortably last the day – and then some.

You’ll need to use the included 40W charger to get these speeds, of course; and it’s a hefty block.

There’s fast wireless charging, too, up to 20W with the right Qi charger. I’ve been using a 10W Qi pad and it tops the phone up in a few hours. 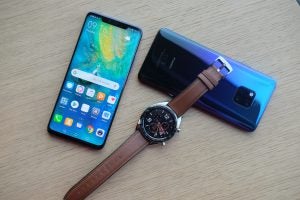 The wireless charging capabilities can also be used in reverse, charging a second Qi-enabled device by bringing it into contact with the back of the Mate 20 Pro.

Why buy the Huawei Mate 20 Pro?

The Huawei Mate 20 Pro is easily the most feature-packed phones, even nearly a year after it was announced. It has a fantastic camera, superb screen, competition-beating battery life and plenty of additional tricks alongside.

If it wasn’t for Huawei’s slightly janky software and some mild complaints about the curvature of the display, this would be the most complete Android phone I’ve ever reviewed.

The Mate 20 Pro is full of great features and offers up an excellent alternative to any other flagship phone on the market right now. Even a year after launch, and with the Mate 30 Pro also now official,