What is the Huawei Mate 10 Pro?

If you’re on the market for a new phablet, but don’t want to spend the small fortune required to get a Galaxy Note 8 or iPhone X, then the Huawei Mate 10 Pro may well be your next phone.

The Mate 10 Pro is the only phablet the company’s currently selling in the UK, with Huawei having chosen not to range its slightly more affordable, regular Huawei Mate 10.

The Pro offers fantastic hardware, with highlights including a Mobile HDR-ready OLED screen, super-fast CPU, more memory than you can shake a stick at, and excellent battery life. 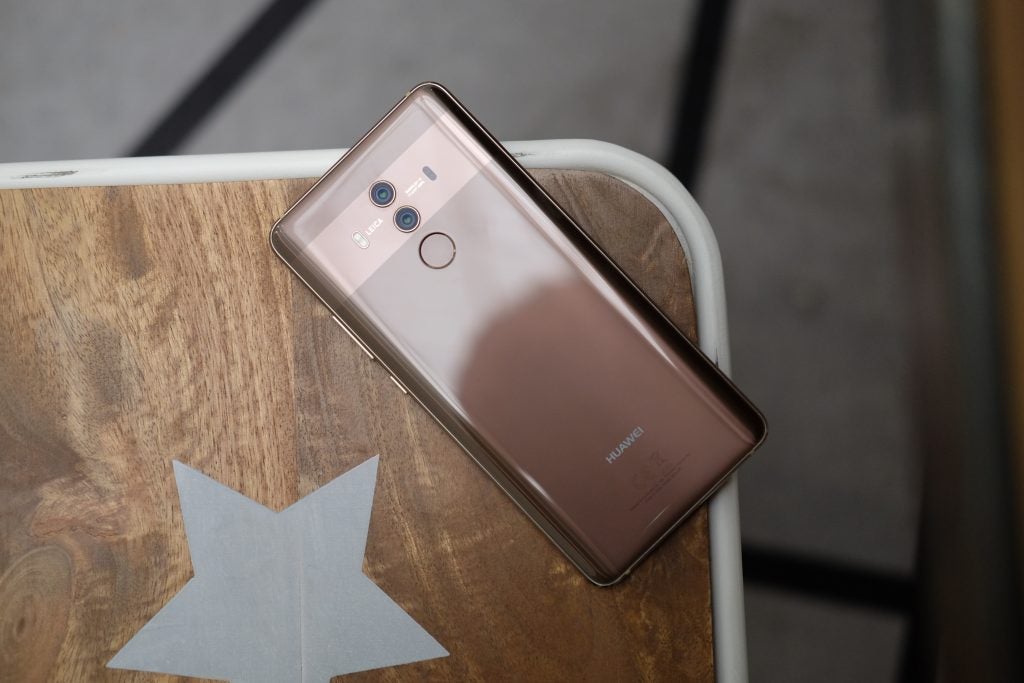 The Huawei Mate 10 Pro has a close-to-identical design to the regular Mate 10, which is no bad thing.

The design takes the same mixed metal-and-glass approach as the Galaxy Note 8 or iPhone X. The slightly curved glass back, coupled with the sturdy metal sides and near-bezel-less front, makes the Pro one of the prettiest phablets on the market. The slim bezel also means the Pro doesn’t feel terribly unwieldy, despite packing a 6-inch screen.

Outside of this you’ll find all the trimmings expected of a 2017 flagship. On the back, just below the dual Leica-branded cameras, you’ll find a fingerprint scanner, which during my tests proved fast and reliable.

At the bottom you’ll see the increasingly common USB-C charging port and a speaker which, while not the loudest around, is more than good enough for video calling.

Build quality is also excellent. Unlike on cheaper phones the glass back here offers next to no flex and is surprisingly scratch-resistant. After accidentally throwing it in a pocket alongside loose change, the Pro emerged unscathed. The IP67 certification also rang true, with the Pro surviving my attempt to drown it in a kitchen. I still wouldn’t trust the glass back to survive a drop onto a hard surface, however.

The 128GB of inbuilt storage is also more than big enough for most users, and means the absence of a microSD card slot isn’t that big of a deal.

My only minor quibble with the phone’s design is that, unlike its sibling the Mate 10, the Pro doesn’t have a 3.5mm headphone jack. I know I’m fighting a losing battle, as everyone has already jumped on Apple’s ‘no 3.5mm’ bandwagon, but for me and many music fans, the port’s absence is still a sticking point. 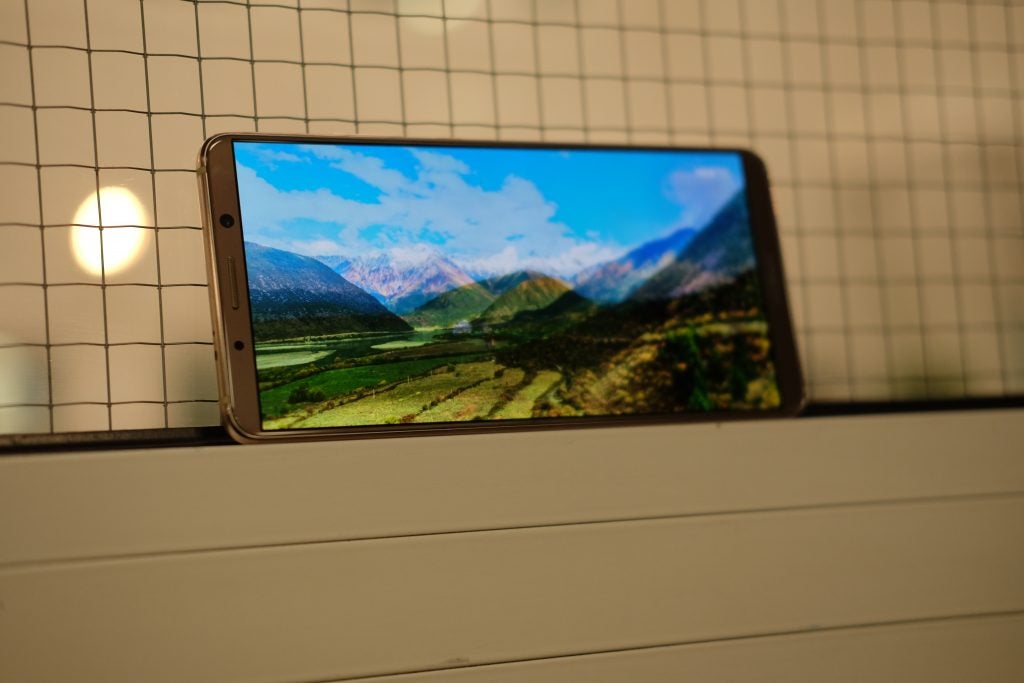 The big difference between the Mate 10 Pro and the regular mate 10 is that the Pro has an OLED, not LCD, screen.

Some people may complain about the seemingly lower resolution, but the truth is that the Pro’s 2160 x 1080 pixel count is more than good enough. Even if you try your absolute hardest you’re not going to spot individual pixels.

The OLED panel is also one of the best on the market at the moment. Unlike Google’s Pixel 2 XL, the screen isn’t horribly calibrated and, while a smidgen warm, colours generally look nicely vibrant without making the jump into oversaturated territory.

Whites aren’t as clean as a well-set-up IPS panel, but they’re not the dirtiest I’ve seen on an OLED and are pleasingly free from the yellow or blue shift I see on competing AMOLED-screened phones. Blacks are also nicely inky.

Brightness levels are also insanely high and meet the Mobile HDR 10 standard. However, given the current lack of high-dynamic-range content available to the Mate 10 Pro, I can’t currently comment on HDR performance.

On the whole, the Mate 10 Pro’s screen is one of the best you’ll find at this price point.

Huawei’s always struggled with mobile software, thanks to its insistence on using its own EMUI skin. Traditionally this has warped whatever Android version its laid over to near unrecognisable levels, making needles UI changes and adding more third-party bloatware and duplicate apps than could easily be counted.

Despite coming on leaps and bounds, and Huawei having managed to load the Pro with the Google’s latest Android 8 Oreo software, this problem remains the same on the Mate 10 Pro. Emotion UI still completely reworks key things, like Android’s settings menu, making it difficult to find the exact option you’re looking for. It also removes the app tray from the main menu. 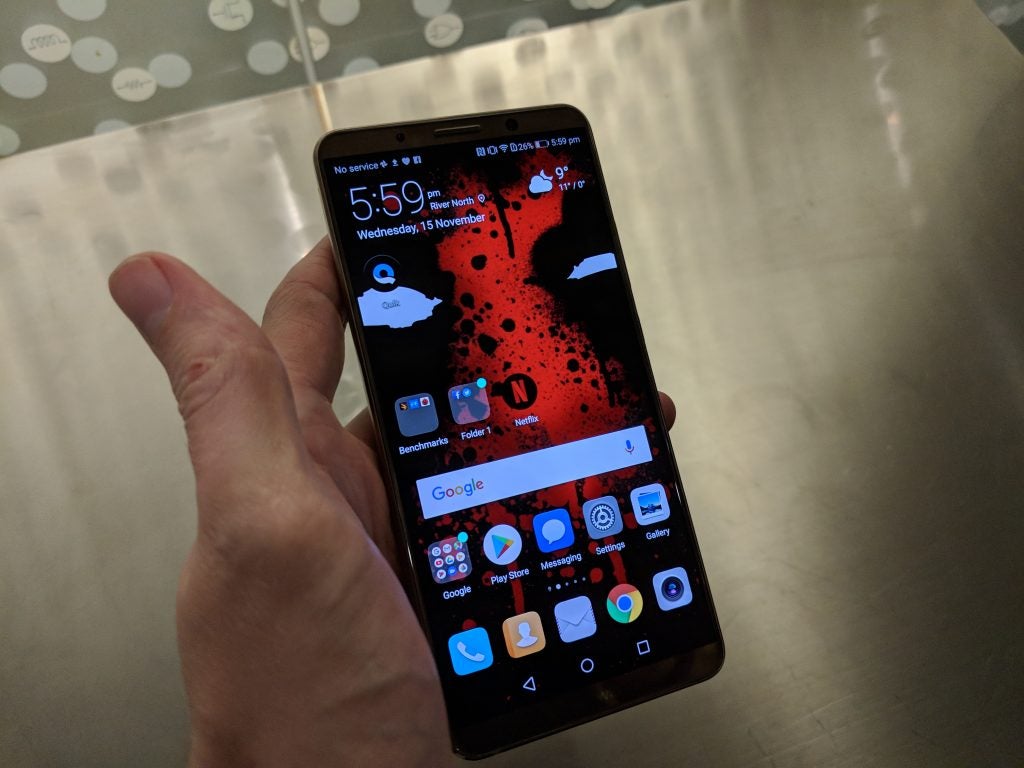 The only positive software additions I can spot focus on the Mate 10 Pro’s new AI-infused Kirin 970 processor.

According to Huawei its latest eight-core CPU comes with a specially made ‘Neural processing unit’ that adds a number of performance optimising ‘AI’ features. The unit apparently lets the phone learn and eventually predict your usage patterns to preemptively launch or tweak applications to meet your needs.

As an added perk the AI will also know when to shut down unneeded processes to save battery and avoid performance degradation over time. I won’t be able to confirm Huawei’s performance-degradation claims until I’ve used the phone a little longer – it’s usually a few months before you notice any slowdown – but during my fortnight with the Mate 10 Pro, I’ve found it to be wonderfully nippy.

Paired with 6GB of RAM, which quite frankly is overkill on a phone, the Kirin chipset blitzed through every task I threw at it. Multi-tab web browsing was slick, and apps and games opened within milliseconds. Phone calls were stable and pleasingly free of dropouts, and the Mate 10 Pro played demanding 3D games smoothly. Its EMUI software is also stabler than past versions I’ve tested, and outside of a couple of application crashes I’m yet to experience any serious bugs or glitches.

The Mate 10 Pro’s synthetic benchmark scores mirrored my real-world experience and matched the performance of competing 2017 flagships. You can see how its scores compare to the Galaxy S8 in the table below.

My only slight concern is that, with prolonged intensive use, the Pro does begin to noticeably heat up. Looping Riptide GP2 I did notice some CPU throttling after an hour, though given how few people I can see running games for that long, this isn’t a huge deal.