The Huawei Honor 6 offers a 13-megapixel camera on its back and a 5-megapixel one on the front. With a dual-LED flash alongside the main rear camera, it seems like this phone has it all.

However, it’s in the imaging department that actually find some of the Honor 6’s most serious issues. The hardware specs seem great for the price – for any price, really – but the results are disappointing in some conditions. 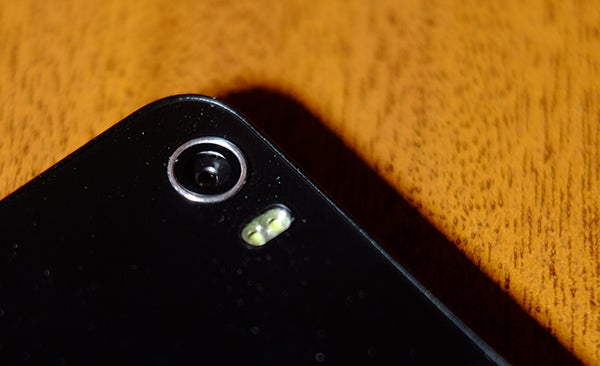 First, the autofocus is quite spotty and unreliable. We found it struggles very badly with night shooting, at times simply refusing to focus, even if there should really be enough light to work with. It also struggles with close-ups, taking quite a long time to lock on.

The result is a camera that can feel like a doddering old geriatric — not the sort of experience you may be expecting from a phone with as much high-end tech as this.

The speed issue isn’t constant, though. When you’re shooting normal daylight photos, there’s very little shutter lag. And you can even take a photo from standby, just by double-tapping the volume-down button. It takes 1-1.5 seconds in total. Not bad.

If this inconsistency is down to software, Huawei should be able to fix these issues. But if it’s partly down to the image signal processor in the Kirin 920, we may have to make do.

The Honor 6’s image quality varies a lot depending on the lighting conditions. In daylight, you’ll get very good detail, with the f/2.0 lens able to have a reasonable stab at making the most of the fairly high 13-megapixel resolution. For all the issues we have, the Honor 6 can reap noticeably more detail than an 8-megapixel camera in daylight.

Purple fringing around areas off high-contrast fine detail is only slight, too, and much less so than something like the HTC One M8. Really pixel-peeping, these fine details can look a little fizzy, but it’s not nothing to worry about unless you’re going to do significant cropping post-shoot. 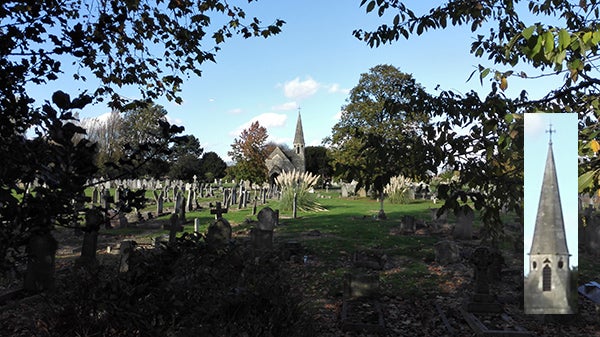 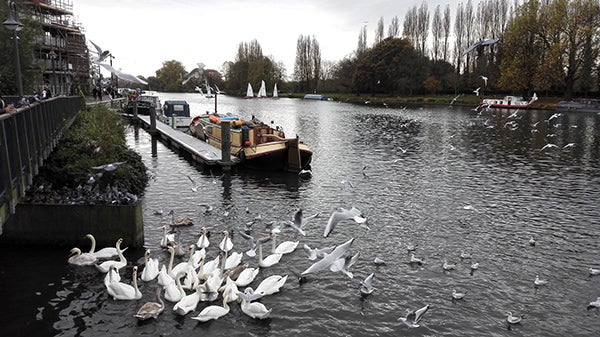 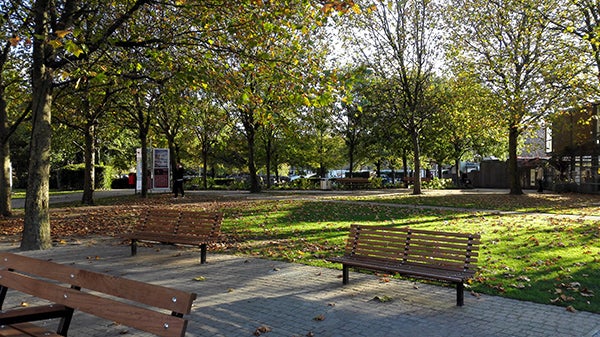 When challenged with greater light variance in a scene, the Huawei Honor 6 seems to favour overexposing the sky rather than making the whole shot look dull. Blown highlights may make real photographers cringe, but it’s the right choice in the largely throwaway world of mobile phone shooting, and exposure was an occasional issue, not a constant companion. Could metering be more intelligent? Yes, and dynamic range isn’t wonderful, but it’s not too bad in daylight. 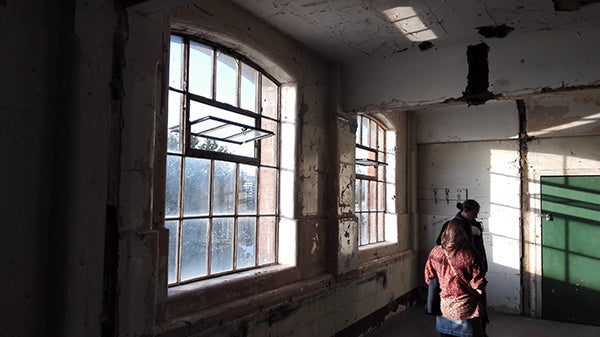 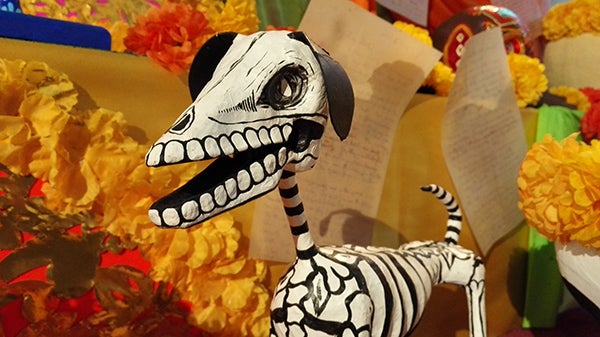 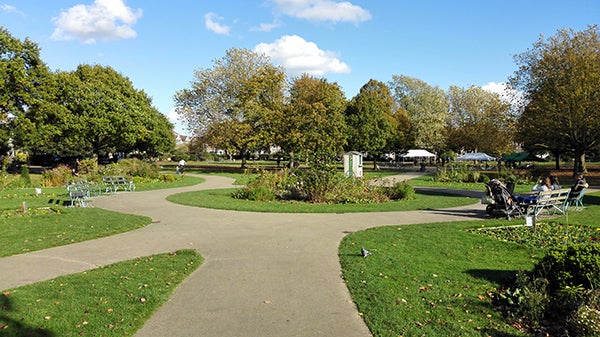 Where the metering system really fails is in low lighting. It completely refuses to brighten up a scene when there’s not much light to work with. As well as resulting in very poor low-light or night detail in general, we found that autofocus performance was very bad indeed in darker settings. It’s as if the camera just isn’t geared up to work in these sorts of conditions at all. 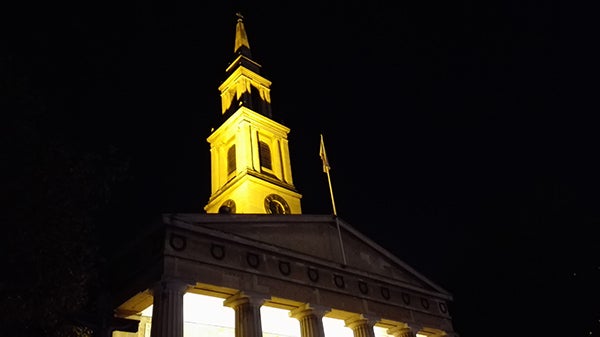 You can barely make out anything except the highlights here 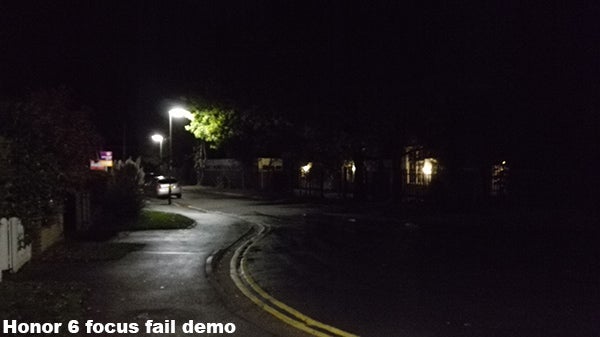 Despite multiple attempts, the Honor 6 failed to focus here

Thankfully, the dual-LED flash is pretty powerful, meaning you can still get those late-night party group shots without ending up with a dark smudge. This low-light performance needs to be improved, though, as it’s a real downside for the phone.

The HDR mode could be improved, too. It’s reasonably effective, but in some conditions it doesn’t manage to weed out overexposure, which is one of the main goals of HDR, along with revealing more shadow detail.

The Honor 6’s camera app is very similar to that of the Huawei Ascend P7, its more expensive cousin. The layout is fairly simple, but you get plenty of extras in a separate modes menu.

As well as filters, panorama and HDR, you get a wrinkle-busting Beauty mode, a best photo burst-mode, watermark and All-focus. The latter takes shots at a bunch of different focus points, then lets you pick which part of the photo is in focus afterwards. It’s mercifully quick, but we can’t imagine many people using it all that frequently. 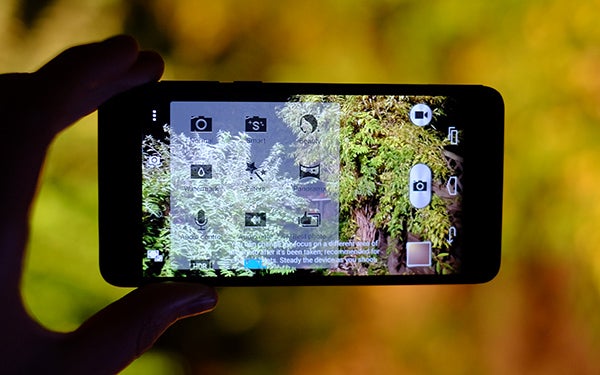 The front camera has a very high-resolution 5-megapixel sensor, like several phones from Chinese and Taiwanese manufacturers. Selfies have become important in the West, but doubly so elsewhere.

You can certainly take good selfies with the Honor 6, and it handily offers a little box you’re meant to look into to avoid looking like you’re staring into the middle-distance. However, as it uses a pretty tiny sensor, the extra resolution is only going to result in notably greater detail if you have decent lighting to work with.

Video capture tops out at 1080p rather than 4K. While the phone should in theory have the performance to capture in 4K, it’s not a great loss given the Honor 6’s price.