The Huawei Freelace are competent wireless headphones, but they do little to differentiate themselves in an increasingly competitive market.

What are the Huawei FreeLace?

These days phone makers seem hell bent on making own-brand headphones to go with flagship phones, and that’s exactly what Huawei as done with the FreeLace. Specifically, the FreeLace are a pair of own brand in-ear, wireless headphones designed to work with the company’s shiny new Huawei P30 and Huawei P30 Pro phones.

Unlike the competing Samsung Galaxy Buds and the soon to be launched Apple Airpods 2, the FreeLace have a slightly old school band, not true wireless, design. This may make you wonder why you’d invest in them over a competing set from a more established audio brand.

But after a few weeks with the Huawei Freelance I found there are a few nifty features that set them apart. These plus solid battery life and reasonably good audio quality let the FreeLace fair surprisingly well against the competition, despite Huawei’s lack of experience in the world of headphones. 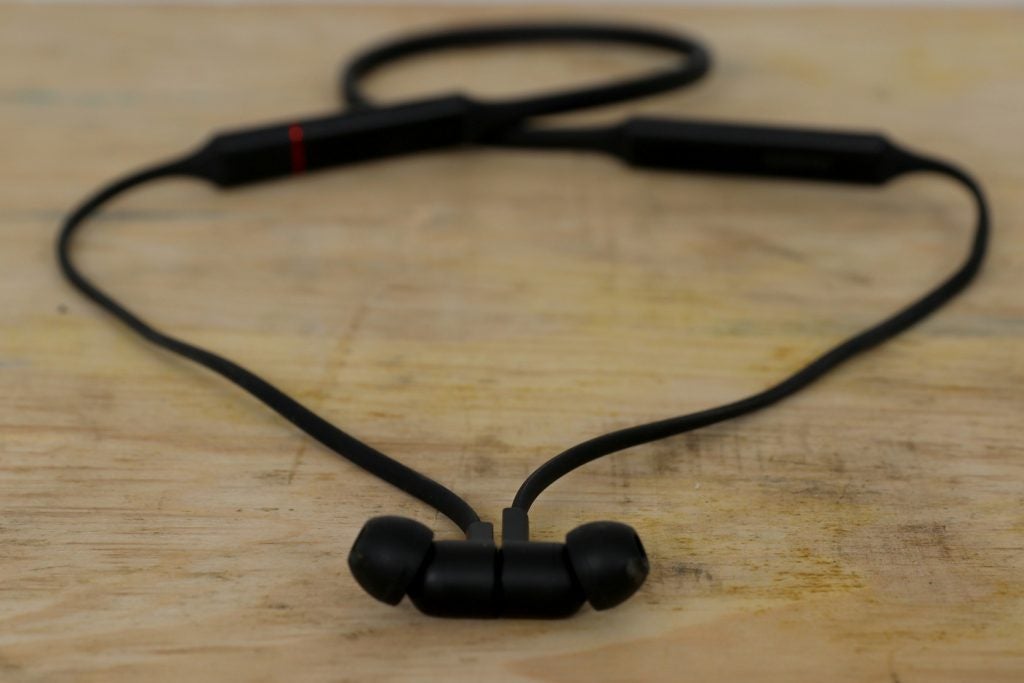 As long as you don’t opt for the orange colouring option, the Freelace are a pretty unassuming set of in ear headphones. The headphones have a typical band headphone design that pairs the buds to the remote and mic.

Build quality is solid, with the metal casing on the mic and remote segments feeling robust and suitably premium. They’re also wonderfully comfortable to wear. This is largely because the rubber cable on the back is thickened and has a flat surface, which makes it sit flush with your neck.

So far so dull? But under the hood the Freelace have a nifty design feature. Grab the remote and pull and the headphones will separate revealing a USB C connector. The connector can be used to pair the FreeLace with a Huawei phone running the latest version of EMUI. Testing the feature it worked a treat on the Huawei P30 Pro. Within seconds of plugging the FreeLace in, they were ready to use.

As an added benefit you can also charge the headphones using any phone or tablet with a USB C input. This sounds cool and it definitely is convenient, though it looks about as elegant as the original Apple Pencil when you plug the FreeLace into a phone.

According to Huawei charging the phone this way on a P30 or P30 Pro will net you around four hours of a five minute charge. Which is a significant chunk of the FreeLace’s 18 hour quoted battery life. I found both claims are a little generous. Five minutes connected to the P30 got me a decent 15-20 percent of charge, which was more than enough for an hour’s gym session or the commute home. But with heavy uses I generally only got about two-to-three days use. This entailed using them as my commute and work earphones, listening to music from 9.30 and on and off until I got home at 6.30pm. With the sporadic pauses during meetings and discussions this equated to roughly five hours uses a day.

The magnetic switch mechanism also makes it quick and easy to pause and resume music on the fly. To pause music and put them into sleep mode all you have to do is place the two buds together. Both buds have magnets switches so the easily lock together when placed near each other. From there a Hall sensor pauses incoming audio when they’re together and resumes it when you part them. 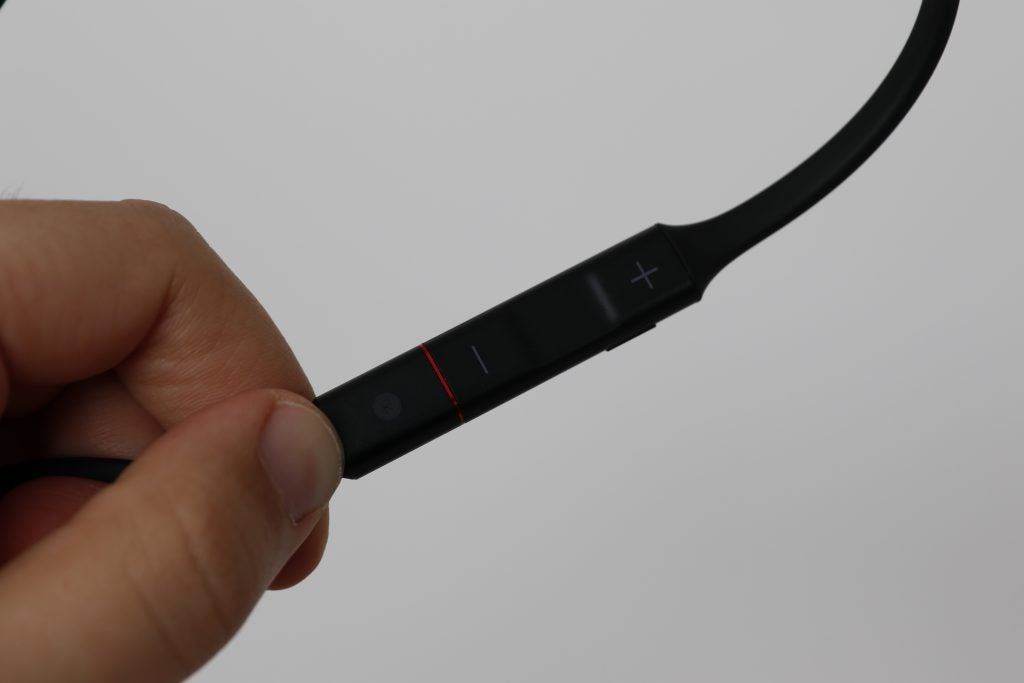 Sound quality is usually the first thing to go out of the window when a company without audio experience tries to make earphones. But the FreeLace offer ok audio quality for a €99 (roughly £85) set of wireless in-ears that only support the AAC and SBC, not aptX, codecs.

The Freelace feature 9.2mm dynamic drivers that deliver surprisingly clear audio. The earphones definitely over-sell the low end, which can sound a little flabby on occasion, but never to the level I’ve experienced on competing sets, such as the Beats X.

Mids and highs are also suitably clear. Listening to classic jazz the sax and piano parts were suitably detailed and overall tonal balance was more than good enough. The double bass wasn’t as tight as I’d like, but you’ll struggle to find better audio quality at this price. Overall I’d list them as offering equivalent audio quality to Samsung’s Galaxy Buds but slightly below the moderately more expensive Amps Air 2.0. In summary this means they offer good, not great, audio quality.

So far so good? I thought so, but sadly there’s one key area the FreeLace fail to deliver on: noise isolation. The earphones offer an ok seal for home listening, but in environments with lots of background noise the isolation is pretty poor, even compared to other earphones without ANC (active noise cancellation).

Isolation is noticeably better than what you’ll get with the Apple Airpods. But even after I swapped out the tips to get the best size and fit, listening to music in the office background was an issue and I was forced to raise volumes higher than I normally would, which isn’t great for your long term hearing.

Wind noise is also a problem when using the FreeLace’s mic out and about. On more than occasion the person on the other end of the line reported being unable to hear me at all when I was taking a call with the FreeLace outside.

Signal stability does partially make up for this. The FreeLace connection isn’t as stable as the Apple AirPods, which remain usable in busy signal areas that render most wireless earphones unusable. But it’s a step up on many competing sets I’ve tested. Wearing them for my morning run music continued playing is a stretch that regularly knocks my standard Jaybird X4 set out of action. Drop outs were also few and far between using them on busy London streets. 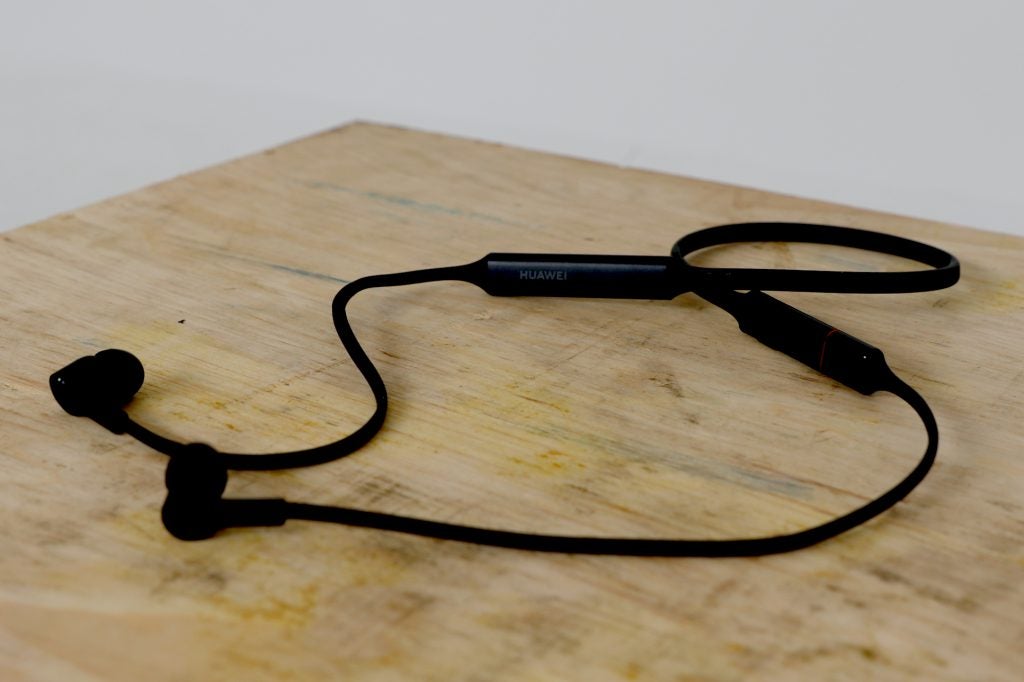 Should I buy the Huawei FreeLace?

If you’ve bought a Huawei phone and fancy a pair of wireless earphones then the Huawei FreeLace are a fine option. They offer reasonably good audio quality, a nice pairing mechanism and a few nifty features, like the ability to charge them from your phone.

But issues with their fit and noise isolation hinder their overall appeal. If you want a gym set you’ll be better off investing in something like the Jaybird X4. If you just want a wireless pair for the morning commute there are plenty of solid true-wireless options, like the Amps Air and TicPods Free.

The Huawei FreeLace are reasonably good wireless headphones, that offer decent value for money. But there are better sets available, like the true-wireless Amps Air 2.0 or Jaybird Tarah.